It comes as the Australian city and New South Wales have been hit by intense rainfall in recent days. Some residents in low lying areas were issued with immediate evacuation notices on Monday evening.

This included the suburb of Woronora where hundreds of homes were threatened when rivers rose to dangerously high levels and threatened to isolate communities.

Some locals were told that if they decided to stay after 7pm local time (10am GMT) they may be without power, water and other essential services.

One entire suburb of McGraths Hill in Hawkesbury was evacuated overnight due to the flood risk.

The State Emergency Service (SES) also gave an evacuation order after 9am on Tuesday (Midnight GMT) for Windsor residents and businesses on Mileham St, between Hawkesbury Valley Way, and Day St to leave by 11.30am (2.30am GMT). 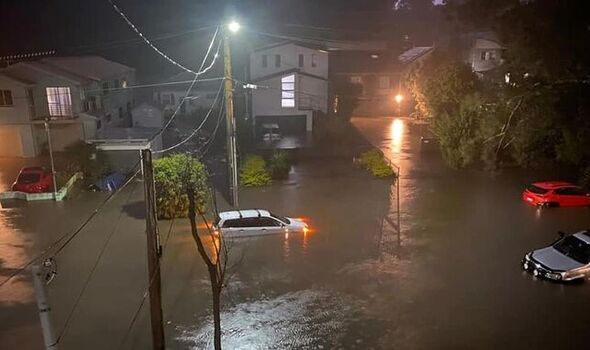 People in some Sydney suburbs were told to evacuate (Image: NSW SES) 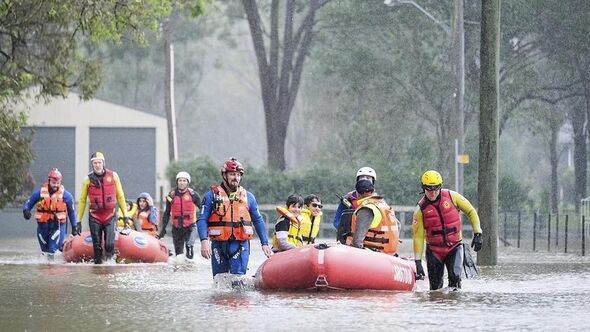 The SES had had to perform a number of rescues (Image: NSW SES)

It is the third day of the epic New South Wales deluge and the SES has received over 5300 requests for assistance.

Five hundred of these requests were during a short period on Monday night when SES crews were responding to numerous flood evacuations and rescues.

The Bureau of Meteorology (BOM) said that the intense heavy rain was expected to recede on Tuesday.

Although they added that rainfall would continue in New South Wales throughout the week particularly on the coastline.

She said: “Today (Tuesday), the risk remains around Sydney with that severe weather impacting Sydney, the Central Coast, and our focus is shifting up into the Hunter Valley.

“At the moment, we’re seeing rivers rise particularly around the Central Coast, the Tuggerah Lakes, and the Hunter Valley river system.

“So the risk remains particularly from the severe weather, but these floodwaters will remain high right into the weekend.”

Around 45,000 people have been impacted by the flooding which has centred around Sydney, the Hunter Valley, and Illawarra.

The NSW government has declared a natural disaster in 23 local government areas.

Labor MP for Macquarie Susan Templeman told ABC News Breakfast that many residents in northwest Sydney were concerned about being isolated after the Windsor Bridge was overwhelmed by water.

She said: “Areas are going to be cut off for days and with power now being cut, telecommunications is really fragile.

“This is where it starts to get very messy.

“The people who bounced back from floods more than a year ago – we are not the same people.

“These people are tired, people have been through this. It is the same people who tend to be hit time and time again.”