Highland Park Chief of Police Lou Jogmen said: “Our investigators have been working tirelessly on this active shooter investigation.

“Through law enforcement partnerships and community information and leads, a person of interest has been identified.

JUST IN: US horror: 6 dead and 26 injured in July 4 parade massacre as shooter on run from police 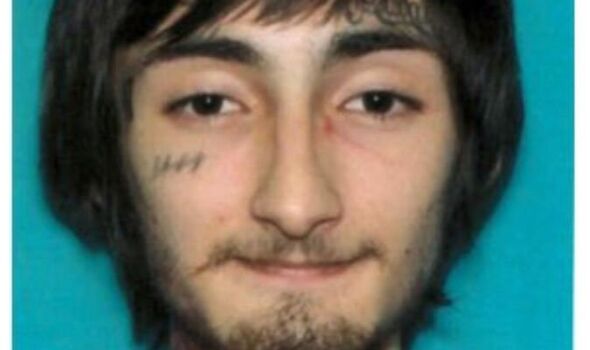 “We have numerous federal, state and local law enforcement agencies working on apprehending this person of interest.

“We continue to receive tips from the public and law enforcement partners and we are following up on every one of them.”

The incident occurred shortly around 10.15am (4.15pm BST) after several shots halted July 4 celebrations in the wealthy Chicago suburb. 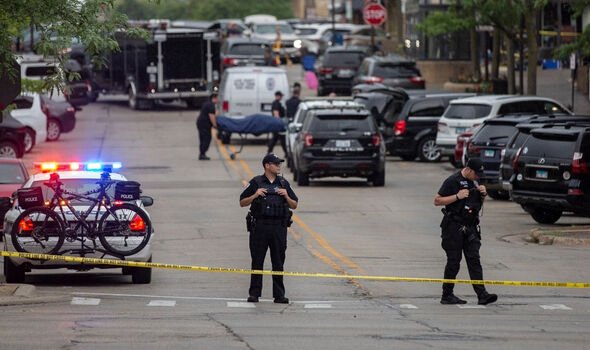 Bobby Crimo, 22, was named by authorities as a “person of interest”. (Image: Getty)

Authorities confirmed the suspect appeared to have targeted the parade’s attendees at random with a high-powered rifle.

The suspect is believed to have fired at members of the public from the rooftop of a nearby shop, where police say they recovered “evidence of a firearm”.

US President Joe Biden, who has ramped up efforts to bring in gun restrictions since the Robb Elementary School shooting in May, took to social media to share his condolences as he continued to vow to take on the “epidemic” which is gun violence.

The 79-year-old said: “Jill and I are shocked by the senseless gun violence that has yet again brought grief to an American community this Independence Day. 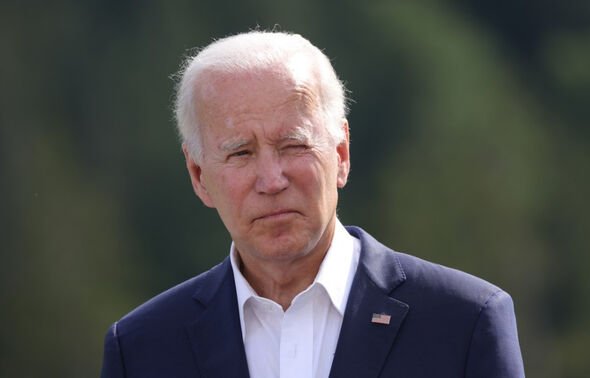 US POTUS Joe Biden has continued to vow to take on the (Image: Getty)

“As always, we are grateful for the first responders and law enforcement on the scene.

“I will not give up fighting the epidemic of gun violence.”