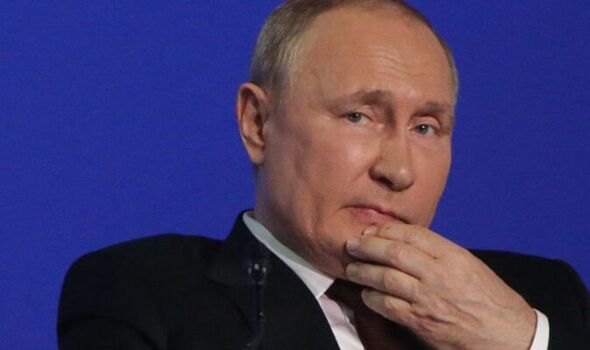 Volodymyr Omelyan is the former Minister for Infrastructure who has been fighting on Ukraine’s front line from the first day of the war. He told Express.co.uk his thoughts about President Vladimir Putin’s plans to fight the West should he successfully capture Ukraine – as part of his ambition to become the ruler of the world.

Mr Omelyan said that along with China, Moscow wants to become the leader of the West.

He said: “The real intention of Russia is obvious, together with China, Moscow would like to rule the world.”

This, he said, means that Russia will not stop at Ukraine and could attack other Western nations including the UK.

Similarly, the former NATO Secretary-General Anders Fogh Rasmussen warned early on in the war that “Putin won’t stop at Ukraine”.

In an interview with RFE/RL’s Georgian Service, Mr Rasmussen said the Russian leader is “obsessed” with restoring the former Soviet Union.

The ex-NATO official said Putin was much more positive regarding cooperation between Russia and the West when he first became President but has gradually changed his mind.

Speaking of the Russian tyrant, he said: “I think the revolutions in Georgia and Ukraine in 2004 and 2005 contributed to his change of mind.

READ MORE: Ukraine taunts Putin in NATO warning after US steps in

“We shouldn’t forget that Vladimir Putin grew up in the KGB. So his thinking is very much impacted by that past. So I think he suffers from paranoia.

“And he thought that after colour revolutions in Georgia and Ukraine, that the aim [of the West] was to initiate a regime change in the Kremlin – in Moscow – as well. And that’s why he turned against the West.”

Mr Omelyan said that he hopes the “lesson that we all learn together” is that there is no future for cooperation with Russia.

He said the West should speak with individual states in Russia about the future relationship of the country with the rest of the world, otherwise, he warned “we will always be in trouble”. 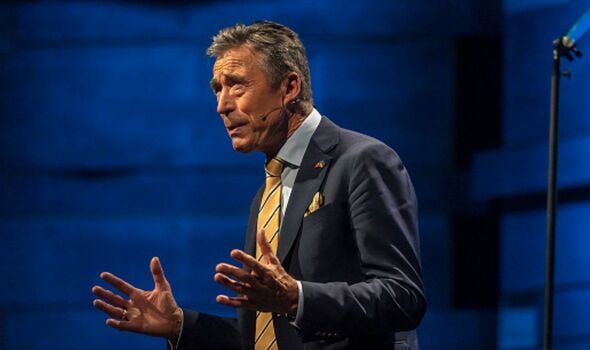 Mr Rasmussen said the West would have to decide between confronting Putin now or fighting him later (Image: Getty)

He said this is because “we should realise” that it is a choice between “confronting Putin now or having to fight him later because “Putin won’t stop in Ukraine”.

Mr Omelyan urged “Europeans and NATO” to “reawaken their spirit” and fight for democracy.

He said: “Right now, what is going on, will decide the 21st century as a period of time, so if don’t stop Russia and China, all of us are in great trouble. It’s not just about Ukraine, it’s about all of us.”