The 100 Billion Dollar Club is an extremely exclusive club only those with obscene wealth can hope to enter. Those with a staggering net worth of $100 billion or more to their name can join this tribe of centibillionaires.


takes a look at all the members of this exclusive wealth club.

Many Brits may have faced financial hardships over the pandemic, but the number of centibillionaires around the world has jumped massively in the last year alone.

In December 2020 there were just five people whose net worth hit or surpassed $100 billion according to Bloomberg’s Billionaires Index.

These were Jeff Bezos,

The amount of centibillionaires has more than doubled this year. 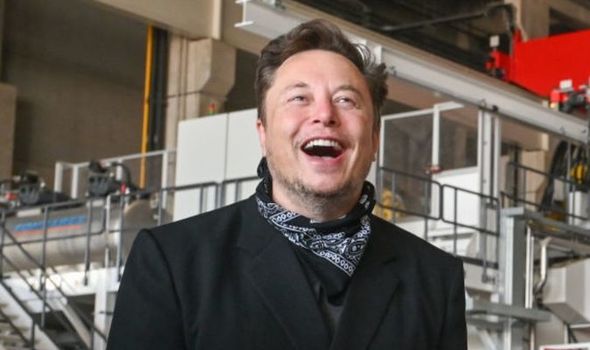 The 100 Billion Dollar Club: In December 2020 there were just five people in the club 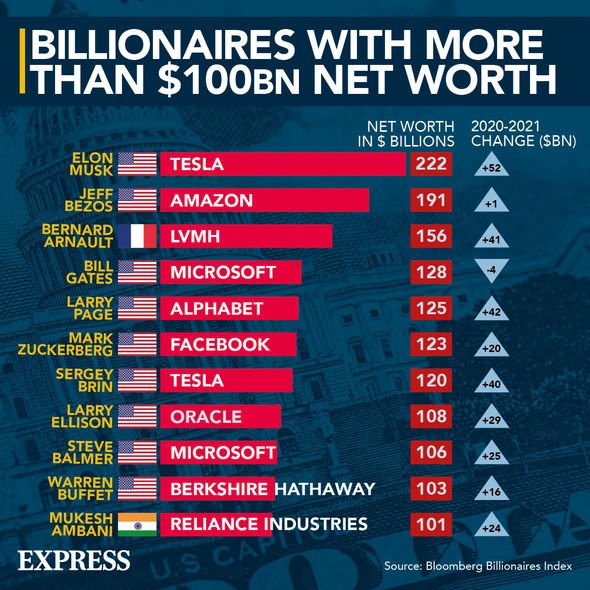 100 Billion Dollar Club: The amount of centibillionaires has more than doubled this year

According to Bloomberg’s Billionaires Index, there were 11 centibillionaires around the world as of October 11, 2021.

Larry Page, Sergey Brin, Larry Ellison, Steve Ballmer, Warren Buffett and Mukesh Ambani all made it into the 100 Billion Dollar Club this year.

The Index is mainly influenced by stock market valuations of these billionaires’ companies as well as Forbes World’s Billionaires List.

How did these billionaire accumulate their vast wealth?

American male tech billionaires dominate this club only three of its members made their vast fortunes outside of the tech sector. 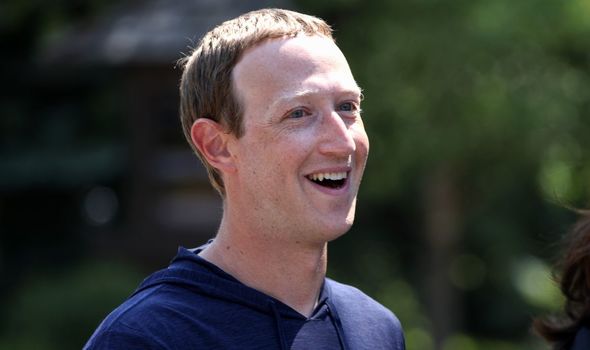 100 Billion Dollar Club: Only Bezos, Musk, Gates, Arnault & Zuckerberg were in the club in 2020


Bernard Arnault is a French businessman best known as the chairman and CEO of LVMH Moët Hennessy Louis Vuitton SA, the largest luxury-products company in the world.

The second non-techie to make it into the club is Warren Buffet, who accumulated his wealth through his American investment group, Berkshire Hathaway.

Mr Ambani is the newest member of the club but his position isn’t secure. 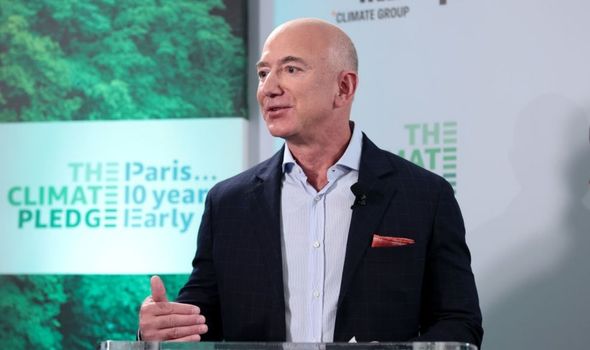 However, Mr Ambani is expected to bounce back soon, as the overall upward trend of his wealth will likely see him become a stable member of this obscene club.

When will the 100 Billion Dollar Club admit its first female member?

The next person in line to join the club is Francoise Bettencourt Meyers.

Ms Bettencourt Meyers is the richest woman in the world, she is heiress to one-third of the L’Oreal cosmetics fortune.

She is the world’s 12th most wealthy individual with an eye-watering net wealth of $82.4 billion according to Bloomberg.

But she is still $17.6 billion short of the 100 Billion Dollar Club’s entry requirements and could soon be overtaken by Spaniard Amancio Ortega.

Mr Ortega’s fortune is growing far more rapidly than Ms Bettencourt Meyers’, he is the majority owner of clothing retail group Inditex, and so could beat her to become the 12th member of the club.