supporter and vocal critic of Brexit Britain and its departure from bloc, reacted furiously to a Twitter post from Arnaud Montebourg. Former Minister of the Economy, Industrial Renewal and Digital Affairs Mr Montebourg, who himself was succeeded in the role by Mr Macron in August 2014, declared his candidacy for the 2022 French presidential election. He had tweeted: “The Constitution must recall that when the national interest requires it, national laws must take precedence over European decisions.”

However, this sparked an explosive reaction from Mr Beaune, who claimed being in the EU is a “sovereign choice of the French people”.

“No, the pension reform is not a condition required by the EU.


“Being in the EU is a sovereign choice of the French people.” 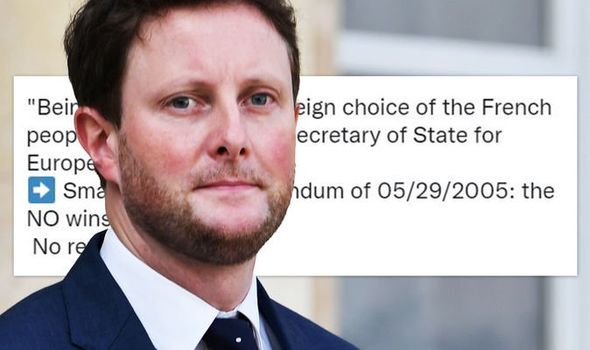 France news: Clement Beaune’s comment was brilliantly shut down by a leading Frexiteer 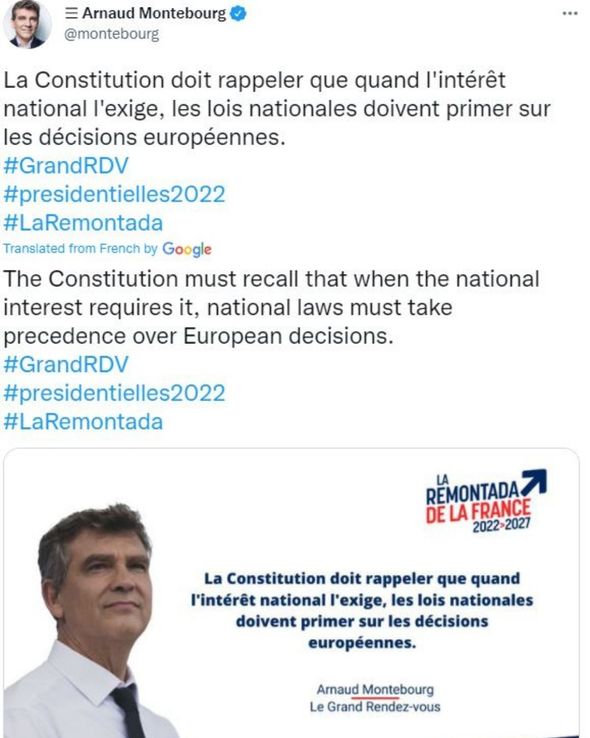 
But the comments from Mr Beaune were brilliantly shut down in three simple words by Florian Philippot, a leading Frexiteer, MEP and President of the Les Patriotes movement.

He tweeted in reply to Mr Beaune: “‘Being in the EU is a sovereign choice of the French people’ according to the Secretary of State for European Affairs. 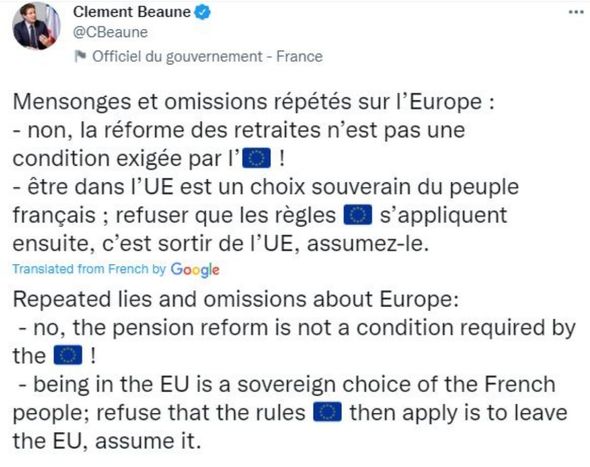 Mr Philippot was referring to the French referendum on the Treaty establishing a Constitution for Europe was held on 29 May 2005 to decide whether France should ratify the proposed Constitution of the EU.

The ‘No’ campaign won with 55 percent of voters rejecting the treaty.

Earlier this month, Mr Beaune exploded as the row between France and the UK over access for French fishermen to British waters after Brexit escalated.

The French had been left furious after the UK Government approved just 12 of the 47 fishing license applications it had received from French small boats. 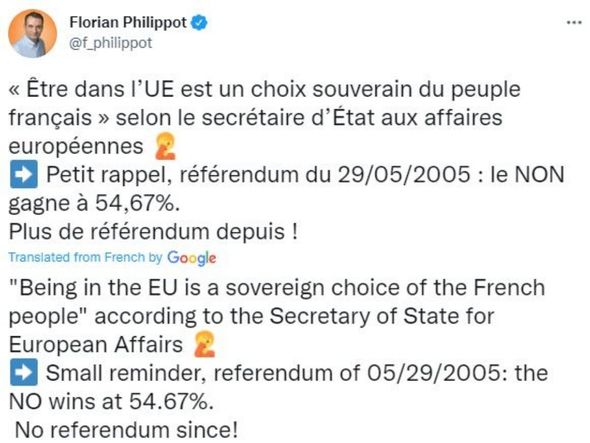 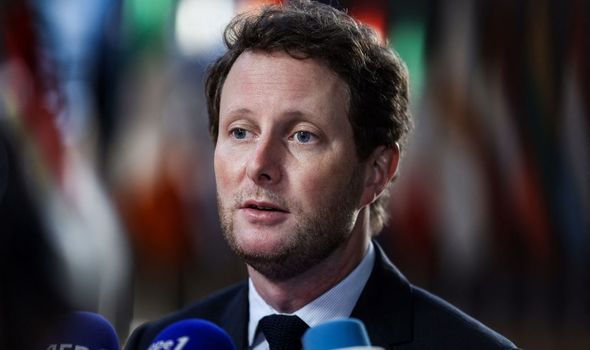 
In a further blow, the Jersey Government then said it had rejected 75 of the 170 licence applications it had received from French vessels.

French Europe minister Mr Beaune warned EU member states were ready to announce measures to force the UK to abide by the terms of the Brexit deal.

He stopped short of detailing what those measures might be but noted Britain depends on energy supplies it receives from Europe – hinting at a possible electricity blackout.

The leading minister said: “We defend our interests. We do it nicely, and diplomatically, but when that doesn’t work, we take measures.

“For example, we can imagine, since we’re talking about energy, the United Kingdom depends on our energy supplies.

“It thinks that it can live all alone, and bash Europe.”