Tension has continued between the neighbouring nations following a week of muscle flexing and strong vocal rhetoric, with Beijing not only warning Taipei, but sending a message to all external forces in the process. Taiwan claims it is an independent state, yet China sees the island as part of the One China policy. Relations are now at their worse in 40 years, with Chinese President last week stating China would take back the island.

A spokesman for China’s Taiwan Affairs Office, Ma Xiaoguang, kept the tone of pressure on Taipei, saying that the cause of the tension came from Taiwan’s ruling Democratic Progressive Party’s (DPP) “collusion” with foreign forces, and “provocations” over seeking independence for the island.

The United States have no official recognition of Taiwan, but have recently sent across dozens of marines, abiding by its bid to protect the island.

Speaking of the manoeuvres conducted by the Chinese military in the area, Mr Xiaoguang said: “The are absolutely just actions.”

He went on to say: “The DPP authorities hyping of the so-called ‘military threat’ of the mainland is to completely invert right and wrong, and a bogus accusation.” 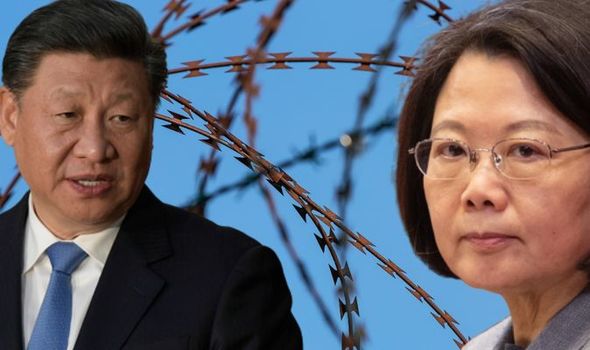 War drums continue to sound between China and Taiwan 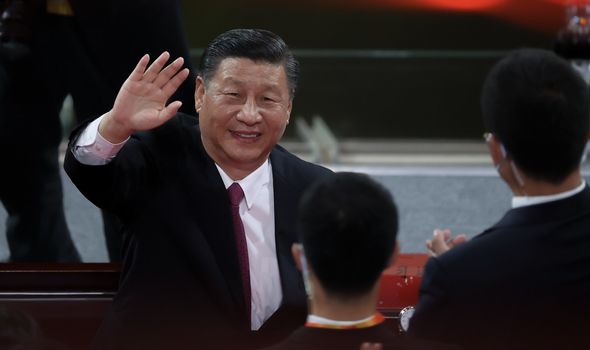 Talking about how Taiwan’s actions could affect the island, he said: “If the DPP authorities obstinately persist in going about things in the wrong way, and do not know how to draw back from the edge, it will only push Taiwan into a more dangerous situation.”

However, since last week’s threats by both the President of China and Taiwan, both appeared to have scaled back the rhetoric in recent press conferences.

President Xi Jinping still vowed to bring Taiwan under full Chinese control, but did not mention the use of force in doing so this time.

Speaking at Beijing’s Great Hall of the People, President Xi said: “Taiwan independence separatism is the biggest obstacle to achieving the reunification of the motherland, and the most serious hidden danger to national rejuvenation.” 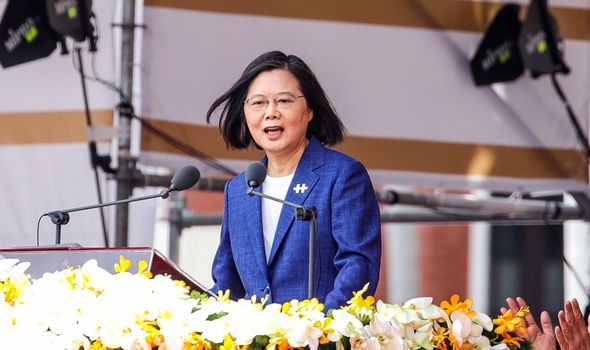 
Some analysts have stated that the recent pressure being placed on Taiwan by China comes as President Xi comes under pressure to reassert his status within the CPP, and avert any threat of a coup against him.

However, diplomacy may be a far-flung option as Beijing has refused to deal with Tsai, calling her a separatist who refuses to acknowledge Taiwan is part of the One China policy, and does not recognise Taiwan’s government.

Adding to the tension rising between China and Taiwan is the emerging change of focal point for Western powers from West Asia, to the Indo-Pacific. 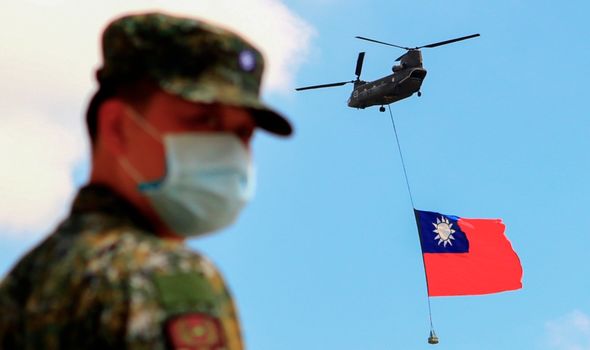 
A recent deal between Australia, the United States and the United Kingdom, dubbed AUKUS, to build a fleet of nuclear powered submarines is said to be a preemptive move to counter rising Chinese presence in the region.

Add to this the ongoing show of force by Chinese ally North Korea and the region is fast becoming the front for an ever-chilling cold war between several powers.

Should the ongoing escalation continue, the prospect of moving out of a hegemonic world order, and into a multi-lateral one for the first time since the end of the cold war between the United States and Soviet Union, could spell a change in global geo-politics. 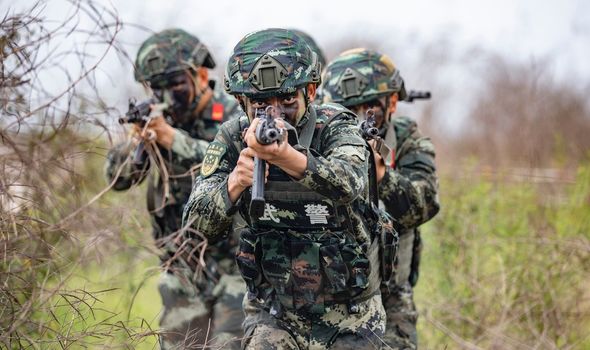 China has also warned foreign forces not to interfere


With diplomacy unlikely to entice China to the negotiating table, as in doing so, they would have to formally recognise Taiwan, it seems that the continuing war of words and shows of force will remain the status quo until something cracks.

China will remain steadfast in their promise to assert their power in Taiwan, and with a solution similar to that of Hong Kong, where elements of autonomy exist, this could be the single solution to avoiding what will likely be a swift military intervention by China, which should it happen, could spark a much wider, and more devastating conflict in the process.