A film crew from the Discovery Channel were filming the massive shark off Stewart Island in New Zealand.

A crew member had earlier attempted to attach a camera to the fin of the terrifying beast in the hopes of seeing the shark’s feeding ground.


However, the great white returned and tried to rip its teeth into the crew’s dinghy.


The shark threw itself out of the water and chomped down on a rope which attached the vessel to the larger boat three times before returning to the water.


But terrifyingly, the shark dragged the cord with it and attempted to pull the flimsy vessel towards the depths.


In the uncovered footage, a voice can be heard questioning the decision to approach the shark’s feeding ground so close.

Shark fears in Spain after people banned from entering the sea 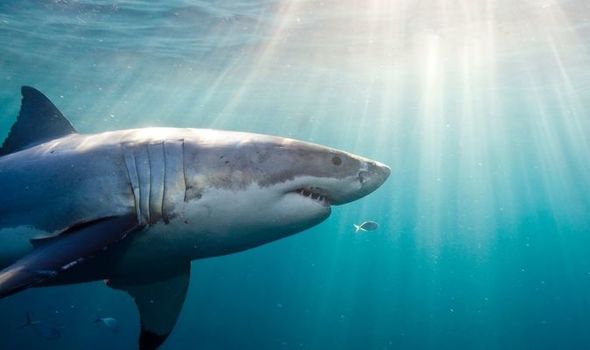 New Zealand has a “very low” rate of shark attacks 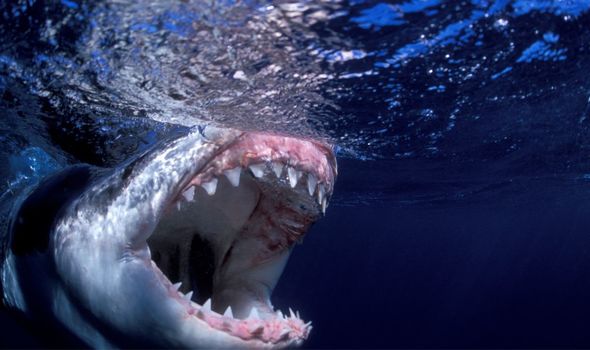 Only one or two incidents are reported in New Zealand annually


“I don’t think this is such a brilliant f* idea you know,” a voice said.


“I don’t think we can have a boat in there.


Once the shark started circling the dinghy, the camera crew may have thought the nightmare could not have gotten worse. 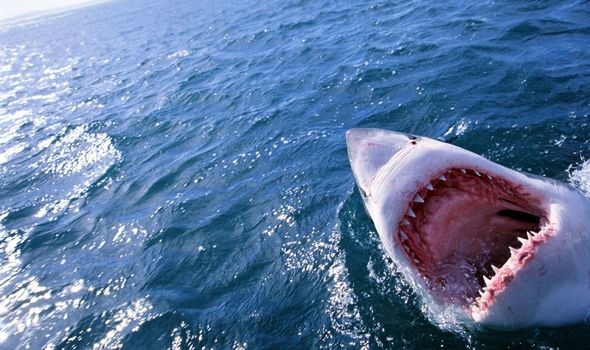 In a lucky escape, the camera crew, thankfully, were unharmed


However, just then a second great white shark joined and began smashing into the boat.


In a lucky escape, the camera crew, thankfully, were unharmed after the two sharks grew bored and left.


Shark activists have said that the creatures believed the crew had food on them.


Experts have explained the aggressive behaviour as the sharks are growing increasingly confident due to cage diving.


Only one or two incidents are reported annually, with a “very low” incidence of fatal shark attacks.