Dubbed “Polexit”, the calls for Poland to leave the

(EU) have been growing stronger in recent years. Now support for Polexit has reached an all-time high, according to the latest polls. Even though the country only joined the

in 2004, it seems many Poles have become disenchanted by the bloc. But Polexiteers still face a big challenge in their campaign to make

Around one fifth of Poles are now in favour of Poland leaving the EU, according to the latest polls by United Surveys.

This is the highest level of support for Poland’s Leave campaign since polling began in 2004.

But campaigners fighting for Poland’s exit have a long way to go.

The majority of those polled (88 percent), expressed a desire to stay in the EU. 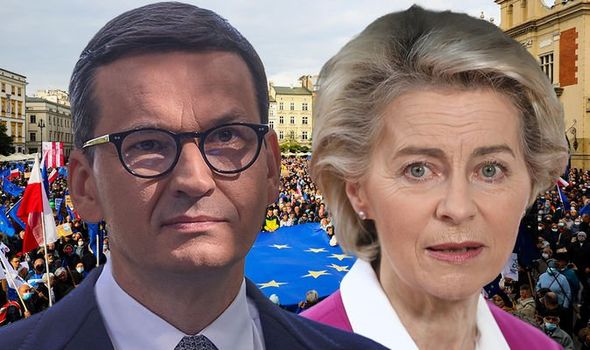 Polexit: Just seven percent of those surveyed said they wanted Poland to leave the bloc 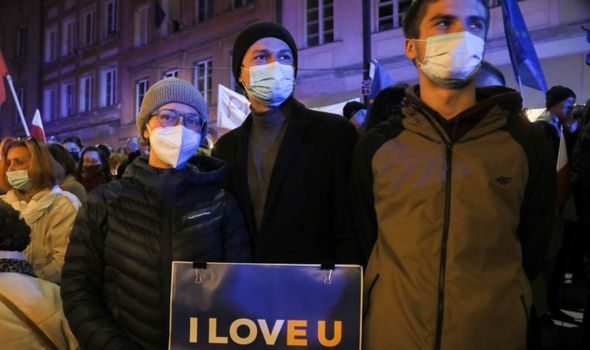 Polexit: Warsaw has been engaged in a five-year legal feud with the EU

The findings come as Poland renews its clash with the bloc over Brussel’s rule of law.

Warsaw has been engaged in a five-year legal feud with the EU which, some argued has strengthened the case for Polexit.

On October 7 Poland’s constitutional tribunal ruled parts of EU law are not compatible with the Polish constitution. 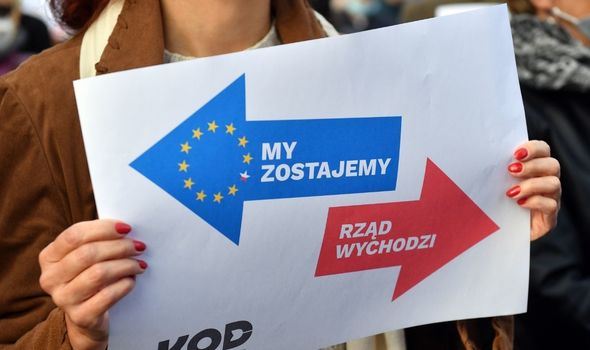 Polexit: Around one fifth of Poles are now in favour of Poland leaving the EU

A heavy handed reaction by the EU in response could further fuel calls for Poland to exit the bloc.

EU officials have responded to the tribunal’s ruling by blasting Poland for breaching EU values.

Brussels has even withheld its approval for Poland’s application for COVID-19 recovery funds.

Poland had applied to the EU for €36 billion to help it recover from the pandemic, but in a punishing blow the EU has yet to approve these much needed funds.

Joe Biden slammed as ‘utterly incoherent’ even with ‘assistance’ 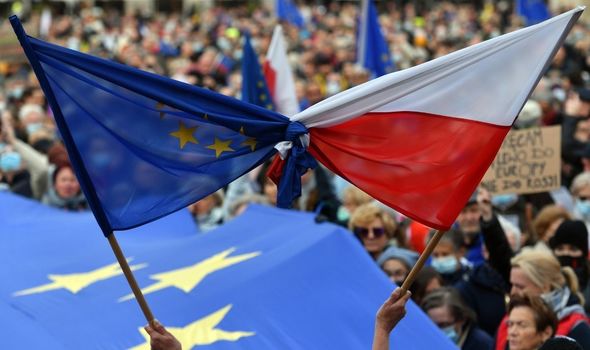 Polexit: Dubbed “Polexit”, the calls for Poland to leave the EU have been growing stronger recently

The European Commission is under increasing pressure to act tough against anti-EU actions.

Recent actions, such as Brexit, has seriously undermined the bloc’s unity.

The Commission could deploy powers to prevent Poland’s regional development.

It could prevent the country from accessing funds worth up to €121bn over the next six years, according to the Financial Times.


Didier Reynders, the EU’s justice commissioner said that after the ruling, the European Commission would take action to protect the primacy of EU law over national law.

He said: “We are very firm on the different principles and we will use all the tools at our disposal to be sure that it is possible to protect them.”

But, even still, a poll found that most Poles don’t see Polexit as a realistic scenario.

A majority of 57 percent of those surveyed said they don’t see Polexit as “realistic”.

Just 30 percent said they were afraid it could happen.

It seems that while support for Polexit may be growing, Leave campaigners still have a long way to go before their dreams are realised.