Polish Deputy Foreign Minister Marcin Pryzdacz has lashed out at

amid a growing migrant crisis at the EU border in Eastern Europe. Belarusian President Alexander Lukashenko has been blamed for the surge in undocumented migrants and refugees attempting to cross into

. Polish border guards have halted large groups on the border and prevented migrants from crossing amid a stand-off between Warsaw and Minsk.

Mr Pryzdacz told DW News: “It is an artificial crisis orchestrated by the Belarusan regime.

“I mean the chartered flights have been sent by the Belarusian regime all around the Middle East countries so the migrants, not only asylum seekers are encouraged somehow to go to Belarus.

“They are being used as an instrument to destabilize eastern European borders.

“Let me just say that those people who really need asylum can apply for that at the embassy of Poland in Iraq or other countries.” 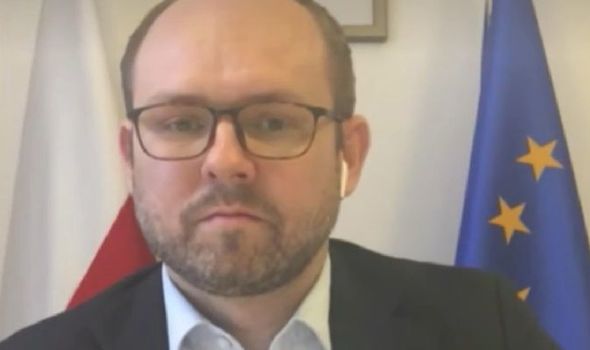 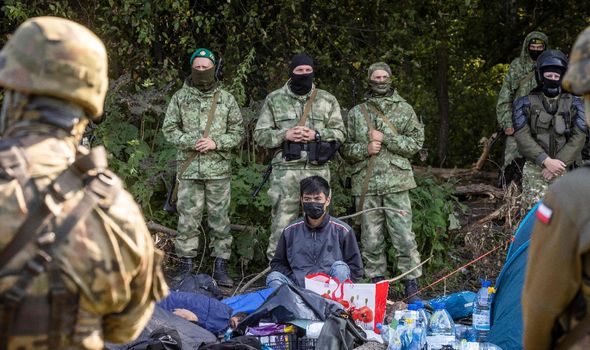 It comes as Poland imposed a state of emergency on the Belarusian border amid a surge in migrants from countries such as Afghanistan and Iraq trying to cross, in what Brussels and Warsaw say is a form of hybrid warfare designed to put pressure on the bloc over sanctions it imposed on Minsk.

On Friday, a foreign ministry spokesman said, after border guards accused the Belarusian side of shooting at Polish soldiers patrolling the frontier.

“A Belarusian patrol fired shots at Polish Army soldiers who are patrolling the border with us,” the state-run PAP news agency quoted Border Guard spokeswoman Anna Michalska as saying.

“It was probably using blank ammunition. Nothing happened to anyone.”

Foreign ministry spokesman Lukasz Jasina said the charge d’affaires Aleksandr Czasnouski had been summoned to discuss “provocations” from the Belarusian side on the border, including the reported shots.

As he left the ministry Czasnouski denied there had been any shooting at the border.

In August, Poland began building a barbed-wire fence along its border with Belarus to curb illegal border crossings despite criticism that some migrants were being treated inhumanely.

Poland plans to strengthen its border with a system of motion sensors and cameras, modelling it on the Greek border with Turkey, its interior minister has said. 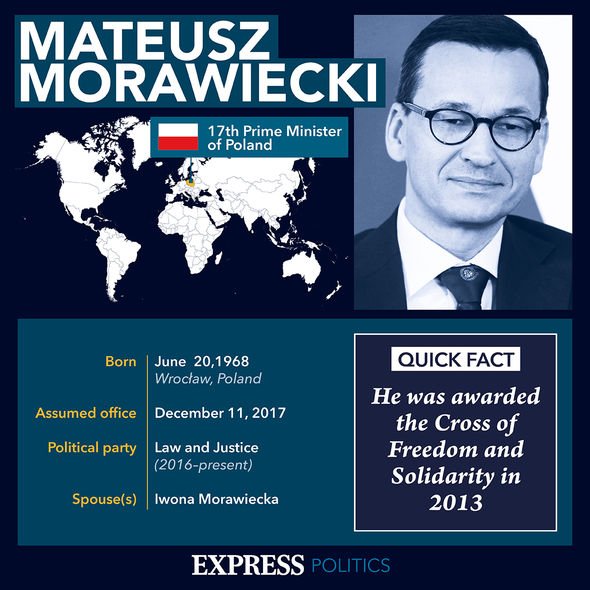 Poland, Lithuania, and Latvia have recently allowed their border guards to perform such pushbacks after a sharp increase in crossings from neighbouring Belarus of irregular migrants from Iraq, Afghanistan, Cameroon and Congo.

said there was no evidence of an increase in Afghan arrivals to the 27-nation EU “just yet” since Kabul fell to Taliban insurgents in August.

However, she said Afghans had fled in larger numbers to neighbouring countries that had already been hosting up to six million Afghan refugees before the Taliban took over.

Johansson said EU countries had so far evacuated 22,000 Afghans and needed to increase resettlement offers for 2022 for the most vulnerable people, including unaccompanied minors.