Migrant crisis: French MP says it’s ‘easier to be illegal in the UK’

Mr Darmanin visited a controversial migrant camp on the

island of Samos, described as a “closed and controlled access” camp outfitted with barbed wire and watchtowers. Mr Darmanin, praising the new facility, said: “We ask other southern

countries to do what the Greeks have done to control our external borders better and other countries to agree to a system of solidarity.”

However, human rights organisations have challenged Mr Darmanin’s approval in the wake of the facility’s opening.

Medecins Sans Frontieres, denouncing the camps, said in September: “All of this to detain people whose only ‘crime’ is seeking safety and stability.

“In addition to the mass rejections of asylum applications, this new center is another symbol of the complete rejection of refugees and of their right to seek asylum.” 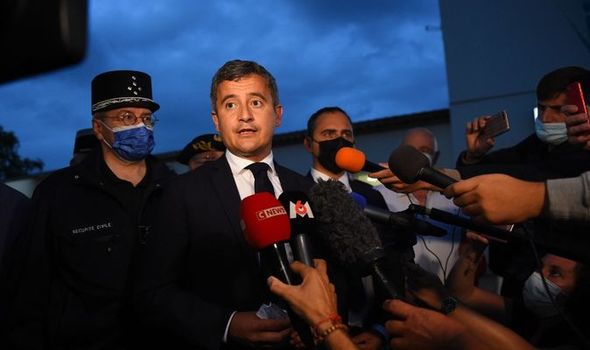 Gérald Darmanin has applauded the “Greek model” of containing immigration 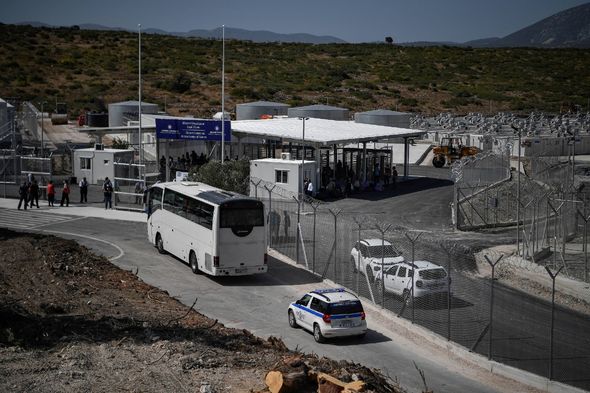 Asylum seekers arriving at the new Samos camp in September

For asylum seekers within this camp, free movement in and out of the facility is only allowed from 8am to 8pm.

Upon exit and entry, they are subject to fingerprint identification and an electronic badge check.

The Interior Minister’s visit comes ahead of France assuming the presidency of the European Union in January 2022.

Many see this proclamation as Mr Darmanin setting a tone for a new agenda for the six-month rotating presidency. 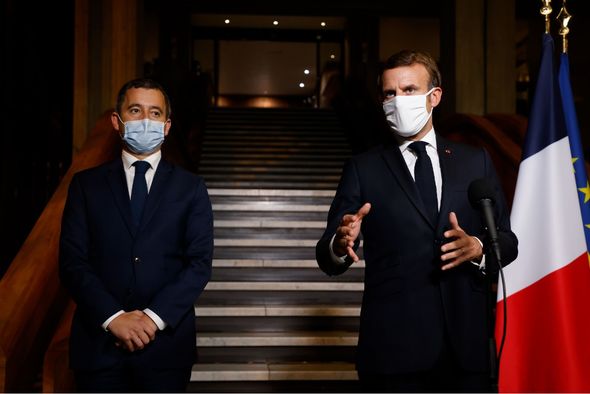 The Interior Minister said: “We would like all countries on Europe’s borders to have the same policy for controlling and registering people entering European territory.”

In a joint press conference in Athens with Migration Minister Notis Mitarakis, Mr Darmanin told the audience that “France is aware that Greece is not only protecting its own borders but the borders of Europe as a whole.”

He added that France would plan “very specific proposals” on how other European countries could contribute to migration control in the Mediterranean Sea.

Mr Mitarakis has previously condemned the European Commission for what he called “complete inactivity” on migration control. 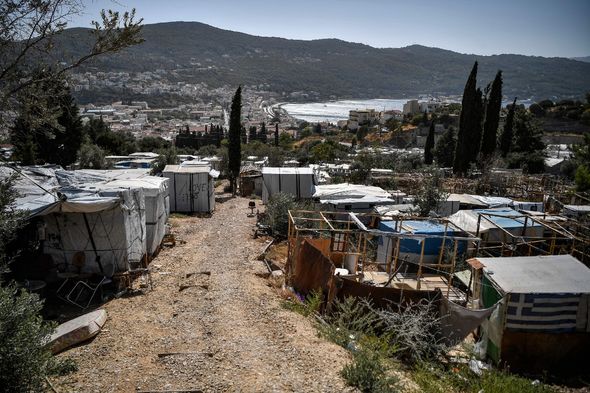 Negotiations for the EU’s Migration and Asylum Pact continue, but Mr Mitarakis stated that the EU needed to be more stringent when it came to border regulations.

The new Samos camp was built using money from the EU, and is one of five new facilities, according to Deutsche Welle.

They were planned to improve the living conditions of migrants and asylum seekers who had flagged poor, overcrowded and unsanitary conditions.

According to DW, the EU has earmarked €276 million for Greece’s new camps on five Aegean islands.

As well as Samos, the islands of Leros, Lesbos, Kos and Chios will see similar camps constructed.

Greek Prime Minister, Kyriakos Mitosotakis, has taken a firm stance to curb the number of asylum seekers and refugees arriving on Greece’s shores.

This comes after fears over a potential new wave of refugees coming from Afghanistan, fleeing the Taliban takeover of the country.