Brexit will have ‘consequences’ for the UK says Olaf Scholz

heads to the polls on September 26,

will end her 16 year run in power. The German public now face a choice, between sticking with the party she led for so long – the same one that has been in power for 51 of the past 71 years – or vote for someone new. But is a vote for Olaf Scholz really all that different? Here’s a look at who the next possible German Chancellor is.

Who is Olaf Scholz?

Olaf Scholz, 63, has been serving as Vice-Chancellor of Germany and Federal Minister of Finance since March 2018.

Born in 1958 in Osnabrück, he first joined the SPD in 1975, and as a young socialist campaigned to “overcome the capitalist economy”.

But later he became a leading light of the SPD’s moderate wing, serving as federal labour minister under Angela Merkel and mayor of Hamburg for seven years from 2011.

Then in 2018, he became finance minister and deputy chancellor in Merkel’s fourth government.

In that role, he successfully steered Germany through the pandemic, taking on €400bn of debt to assemble one of the developed world’s most generous economic rescue programmes, and winning widespread public support.

Who is Armin Laschet? What CDU candidate could mean for Germany and EU 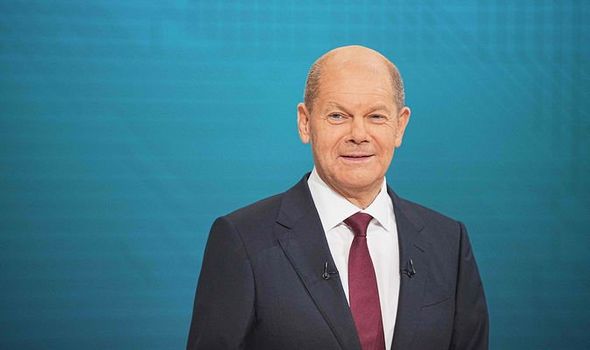 What would a win for Scholz mean?

Daniela Schwarzer, of the Open Society Foundations in Berlin, said: “There is no appetite for policy change or style change.

“But there is an appetite for a non-CDU chancellor at some point.

“There is an increasing number of people who are fed up with Merkel’s habit of muffling politics, of not solving things, of leading from behind. But at the same time, they don’t want disruption.” 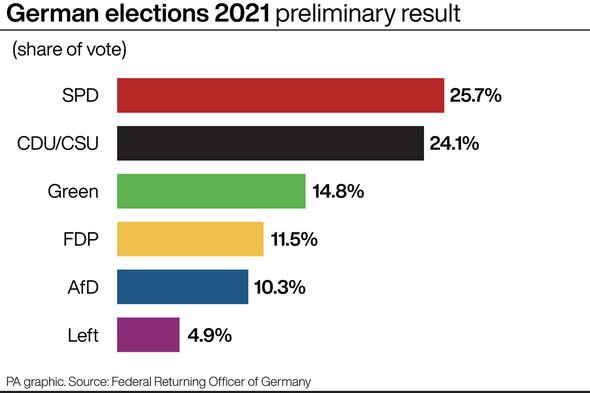 Germany election 2021: The latest from the Politico Poll of Polls

Germans may want to keep Merkel’s style and broad policy approach but they also want the next chancellor to fix problems Merkel has left, including low paid jobs, digital backwardness, timid climate policies.

In this, Mr Scholz could offer Germany what it needs: the rational decision-making and fiscal prudence of Angela Merkel, coupled with a fresh take on professional and social merit and issues facing a post-pandemic Europe.

In an interview with the Guardian, Mr Scholz spoke of Western nations’ social malaise and the rise of right-wing policies.

Mr Scholz said he could reawaken Europe’s centre-left with a two-fold promise: to guarantee his country’s continued economic success, while at the same time putting an end to the myth that individual success is always self-made. 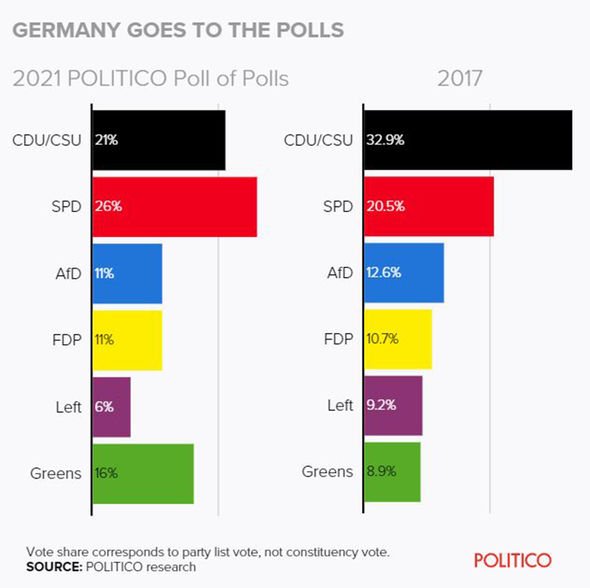 Germany election 2021: The latest from the Politico Poll of Polls

At a campaign rally, he said: “Why did Britain vote for Brexit if it was against its own interest? Why did America vote for Trump?

“I believe it is because people are experiencing deep social insecurities, and lack appreciation for what they do.

“We see the same dissatisfaction and insecurity not just in the US or the UK but in the Netherlands, Sweden, Denmark, Finland, Norway, Austria or Germany – countries that may look from the outside like they don’t have any problems at all.

“Among certain professional classes, there is a meritocratic exuberance that has led people to believe their success is completely self-made.

“As a result, those who actually keep the show on the road don’t get the respect they deserve. That has to change.” 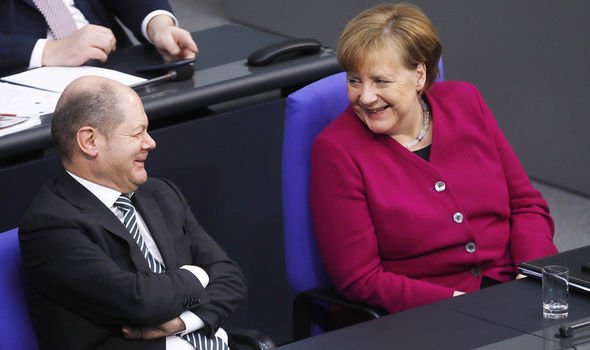 Germany election 2021: Olaf Scholz is seen as the most likely replacement for Angela Merkel


And what about paying back Germany’s Covid debt? He has a plan for that, too.

He told the Guardian: “The EU as a union is taking out joint loans to help states master this crisis. We have agreed that these liabilities will eventually be repaid.

“This is where the new moment comes in: these debts will not be reimbursed from national contributions based on each member state’s GDP, but from new European own resources.

“This will make a great difference for Europe’s future development.”