The Canary Islands Volcanology Institute tweeted several videos of the eruption on the island of La Palma. Writing alongside, it said: “The eruption has just begun.”

Officials on the Spanish islands said a huge column of smoke rose up after the eruption at 3.15 p.m. local time (3.15pm BST) in the Cumbre Vieja national park in the south of the island, according the Canary Islands government.

Shortly beforehand, local authorities had evacuated around 40 people with mobility problems and farm animals from the villages around the volcano.

The defence ministry confirmed that soldiers were deployed to help with the evacuation.

It also revealed that it is expected that more residents will be evacuated from surrounding towns as the situation develops. 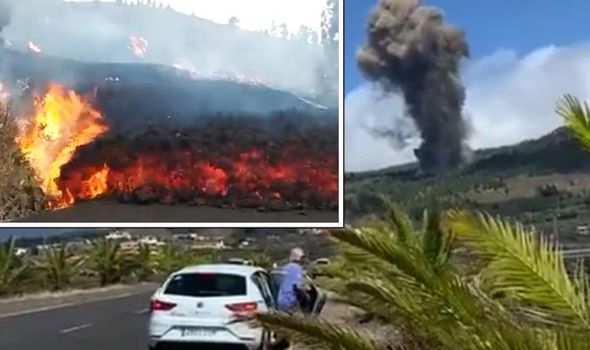 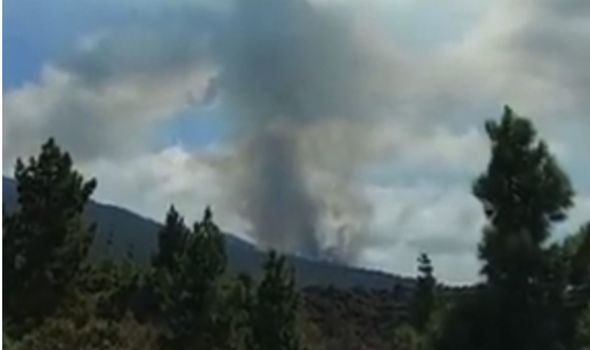 Smoke erupting from the volcano


The island had been bracing itself for the eruption after several earthquakes hit it over the weekend..

A 3.2-magnitude earthquake was recorded just 100 meters below the surface yesterday.

And several more tremors were detected earlier today – the largest sitting at a magnitude of 3.8.

This disturbance increased the chances of an eruption, experts said, and the islands’ inhabitants were put on standby ahead of today’s events. 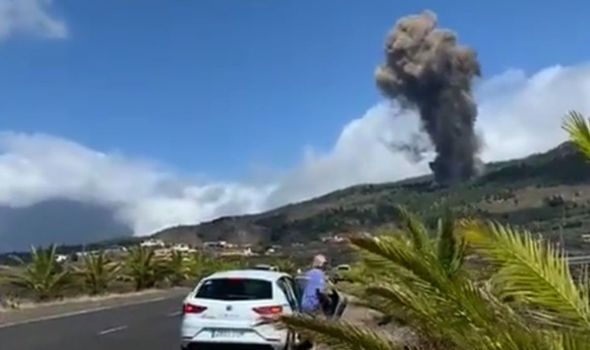 The military evacuated around 40 people before the eruption

Experts have said an eruption on the island, on the far west of the Atlantic archipelago, is not yet imminent, but there has been an intensification of earthquakes near the surface.

Earlier this week geologists reported an accumulation of molten rock under Cumbre Vieja – prompting the island to be put on standby.

The dormant volcano sit on the island’s southern tip and last erupted in 1971.

Further investigations revealed a 15cm deformation of rock in Cumbre Vieja where there earthquakes were happening. 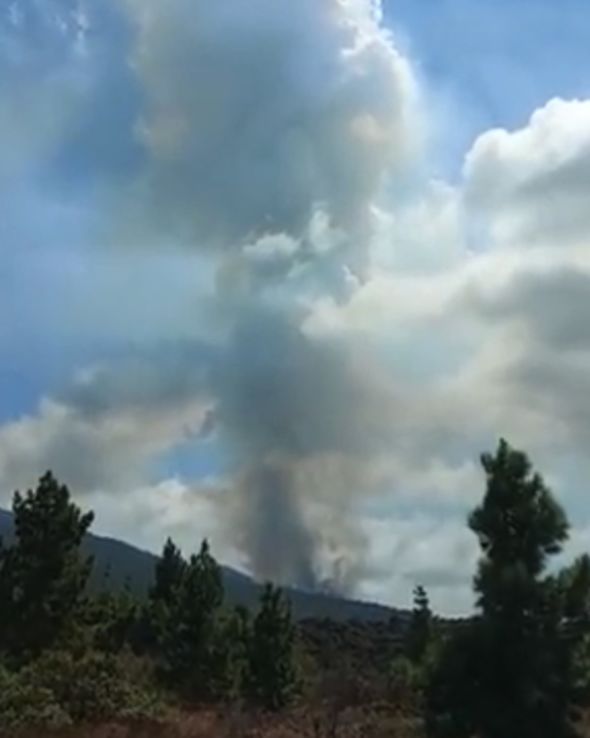 This indicated that there was magma underneath the surface, putting pressure on the earth’s crust to come out.

The island’s inhabitants are no strangers to volcano warnings – which are listed in accordance with the level of risk, rising through green, yellow, orange and red

Such was the risk that authorities decided on Monday to raise the threat level to yellow, requiring residents in at-risk zones to be prepared to evacuate. 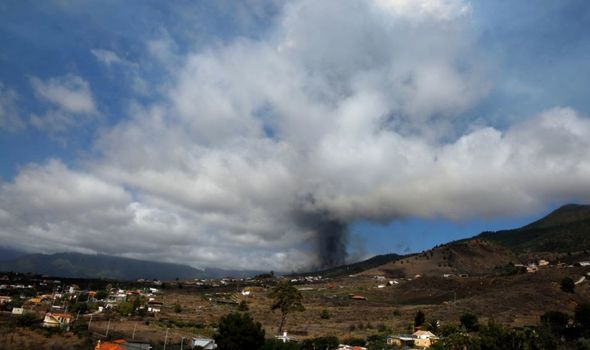 The volcano has been dormant since 1971

Residents are also asked to report any sightings of gases, ash, changes in water levels or small tremors to emergency services.

La Palma, with a population of 85,000, is known as La Isla Bonita, or the beautiful island, and is one of eight islands in the Canary Islands archipelago.