has erupted, sparking panic across the Canary Islands.  Terrifying footage from the scene shows the volatile volcano spewing lava and a large cloud of black smoke into the air. Live video on TV Canaria shows a huge plume of black smoke billowing into the sky, while another clip online shows red lava exploding out of the volcano.

It is understood to be the first such eruption from La Palma since 1971.

Other shocking footage showed a road being destroyed by a sea of molten lava.

The Canary Islands Volcanology Institute, which had been monitoring the area, tweeted an image of the “eruptive column”.

Alfonos Poza tweeted footage shown live on TV Canaria, adding: “327 earthquakes with a maximum intensity of 3.8 in the last 24 hours. 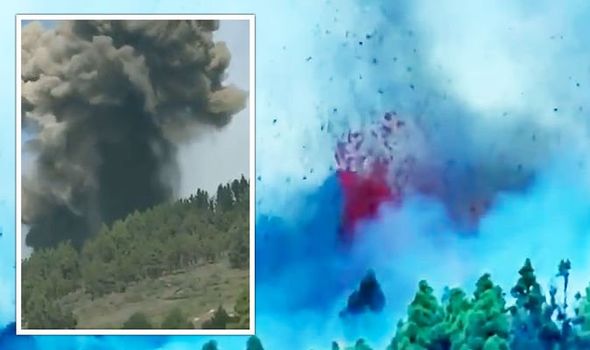 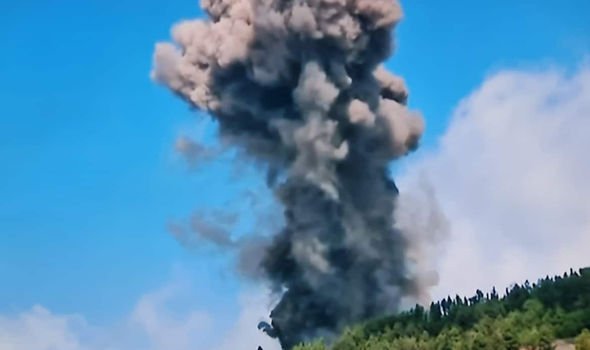 This comes after a 4.2 magnitude

A smaller 3.2-magnitude earthquake was recorded just 100 meters below the surface on Saturday.

Officials had ordered the immediate evacuation of at least 50 people at risk in nearby municipalities amid a “rapidly evolving situation”.

The Scientific Committee of the Special Plan for Civil Protection and Attention to Emergencies due to Volcanic Risk (PEVOLCA), which met earlier today, warned that there was a “greater likelihood of eruption” in the near future. 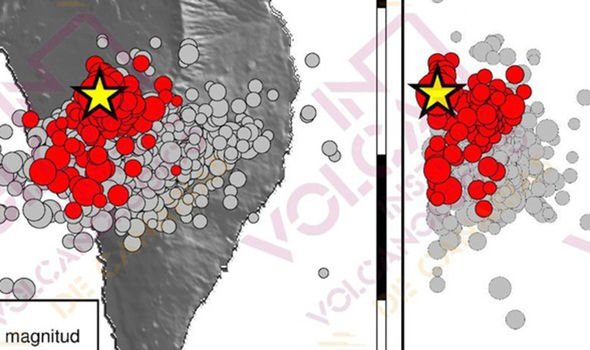 Experts had been warning about a possible eruption after recording more than 22,000 tremors


Those evacuated included people with mobility problems as well as farm animals from the villages around the volcano.


Officials have also confirmed that soldiers were deployed to help with the evacuation, which is expected to cover more residents from surrounding towns.

There have so far been no casualties reported due to the quake. 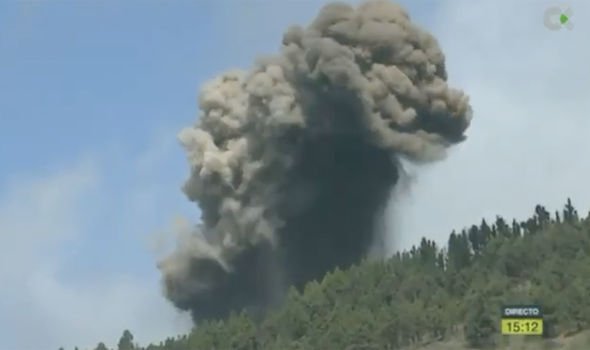 Access roads around the volcano have been closed amid fears of further earthquakes and deadlier eruptions.

Experts had been warning about a possible eruption after recording more than 22,000 tremors this week in the area.

The volcano is located inside the Cumbre Vieja national park in the south of the island.

The Canary Islands government confirmed the timing of the eruption at 3:15 pm (1415 GMT).