On Monday afternoon, dog owner Amy Adams, 41, was on a train at a San Francisco train station when the terrifying incident occurred.

Reports claim, when the doors were closing at the Powell Street station Ms Adams suddenly decided to get off the train, but her dog remained on the carriage.


The dog was attached to its owner by the lead wrapped around her waist and as the train departed it pulled Ms Adams onto the tracks.


Ms Adams and her dog were on a train which was heading towards Dublin/Pleasanton.


“This is a tragic loss of life, and we are following all safety protocols,” BART spokesperson Alicia Trost said in a statement. 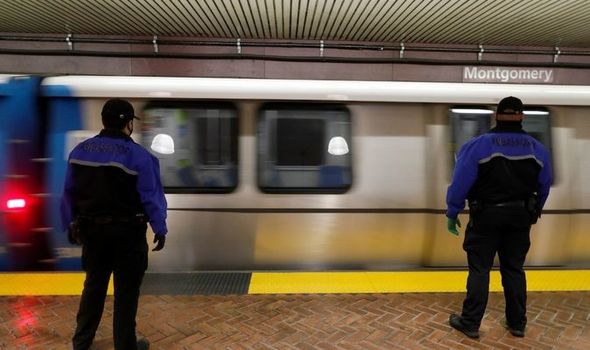 Generic image: Witnesses claim there was blood “all the way down” the platform floor


BART officials have said that the victim was waving to somebody as she jumped off the train.


Witnesses claim there was blood “all the way down” the platform floor.


Witness Heather Griffin was on the platform when the accident occured and spoke to a woman looking after the dog.


She added: “She just held onto the dog and got off at the next station. 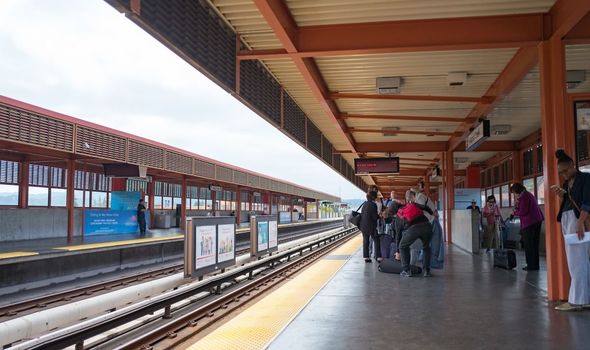 
“She said the animal did not have a collar or any tags on, that it was a German Shepherd and had a service dog vest.”


BART has said that the dog didn’t sustain any injuries and did not appear to be a service dog, but officials are looking into it.


The train operator has been placed on administrative leave as officials wait on the results of a drug test, BART revealed.


This is the standard protocol when accidents take place.


the transit agency and NTSB


have opened an investigation into the death.