Chris Alexander served as the first resident Canadian Ambassador to

for two years from 2003. He arrived in Kabul shortly after the Taliban regime under Mullah Omar was toppled by the US and its allies in the wake of the 9/11 al Qaeda terrorist attacks on America. Mr Alexander then served as a Deputy Special Representative of the United Nations Assistance Mission in Afghanistan until 2009.

“Joe Biden has it in for Afghanistan,” he said.

“He is renowned for his hostility to the Afghan mission and I say this with personal experience.

“He walked into our office at the UN in early 2009 as the Vice-President elect for Obama and the first thing he said to my boss and me was ‘you guys have basically been useless, you haven’t achieved anything here. We’re going to bring the troops home as soon as we can. We should never have been here in the first place.’

“That was his position in 2009 and of course that view didn’t prevail in the Obama administration. 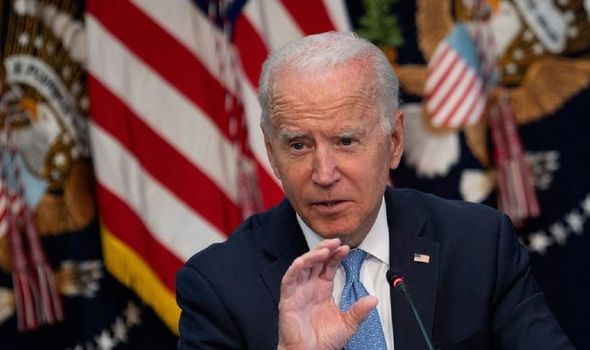 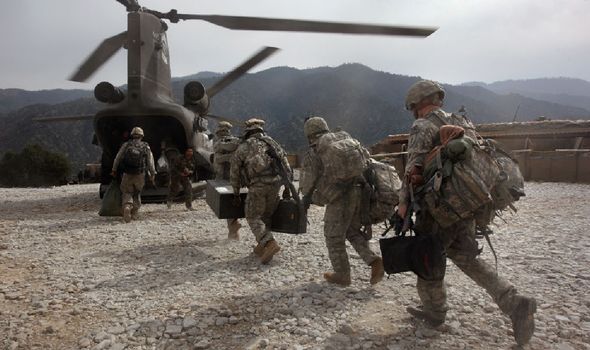 “It was kind of extremist, an outlier within that group – but now he is President and the President with a pretty strong mandate especially during his first six months in office.”

Mr Alexander acknowledged that the US President faced huge political pressure at home to bring the troops back.

He pointed out that it was an “incredibly popular” measure and that there was “almost no constituency for having troops anywhere.”

But he also suggested that Mr Biden’s decision was influenced by his previous support of the disastrous US war in Iraq.

“I think he is also overcompensating for the fact that in 2003 he was on the other side of these issues,” he claimed. 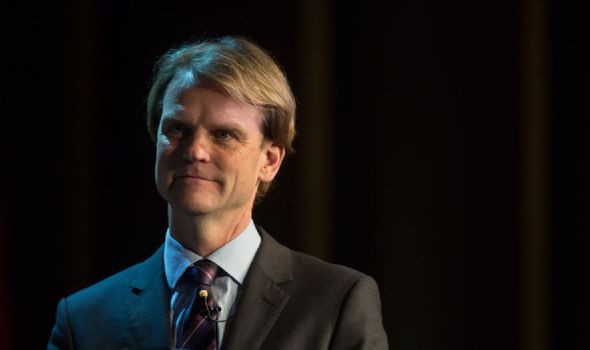 “He was one of those few but prominent Democrats who supported the invasion of Iraq along with Hilary Clinton.

“And when that went sideways, as it did quite quickly, I think he realised his mistake and has been overcompensating for his mistake ever since.”

US public opinion broadly supports Mr Biden’s drawdown of US troops from Afghanistan, despite fierce criticism from his political opponents.

According to a survey carried out by the Pew Research Center, 54 percent supported the decision, while 42 were against.

However, only 27 percent of those polled believed the US had accomplished its objectives in the country. 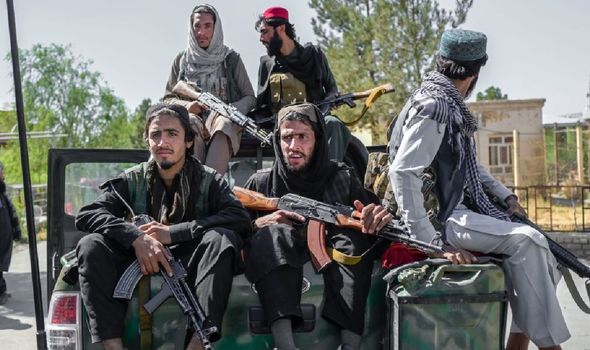 Over the course of twenty years, the US ploughed trillions of dollars into training and equipping an Afghan army.

It has also paid a high price in casualties – some 2,448 Americans were killed and over 20,000 were wounded.

Mr Biden robustly defended his decision to end America’s Afghan mission in a address to the nation at the beginning of July.

He said it was no longer in the interests of the US to continue fighting an “indefinite war” in Afghanistan and that the country needed to face the new threats of the present.

“Today, the terrorist threat has metastasized beyond Afghanistan,” he argued.

“So, we are repositioning our resources and adapting our counterterrorism posture to meet the threats where they are now significantly higher: in South Asia, the Middle East, and Africa.”

Mr Alexander claims that one of the major sponsors of Islamic terrorism in the world and threats to Western democracy is infact Pakistan and that the Biden administration must stop viewing Islamabad as a strategic non-Nato ally.

“I would argue that the most successful hybrid war waged against us over the last 20 years has been actually waged by Pakistan because they have created strategic confusion in the United States,” he said.

“Their proxy al Qaeda attacked the United States, they’ve been able to continue irregular warfare in the field against the US which has discredited the force of arms of the United States especially given the result of this month.

“And people in Washington are still debating, leading people are still saying ‘well maybe we need to get closer to Pakistan so that we can have influence over the Taliban against even more extreme groups’. It’s devastating.”