The outbreak in Aisne was announced by officials on Wednesday evening. It comes as the virus is spreading in Europe with cases detected in Belgium and Luxembourg.

A statement said: “A clinical suspicion has just been confirmed today by the national reference laboratory in a farmyard located in the town of Aubenton.

The origin of the outbreak in Aisne is the “purchase of poultry in a Belgian market”, according to officials.

Anyone who has bought birds from markets in Florenville, Arlon, Chimay, Tournai, Bastogne, Charleroi, Anderlecht is being urged to consult a vet if animals show symptoms of the virus. 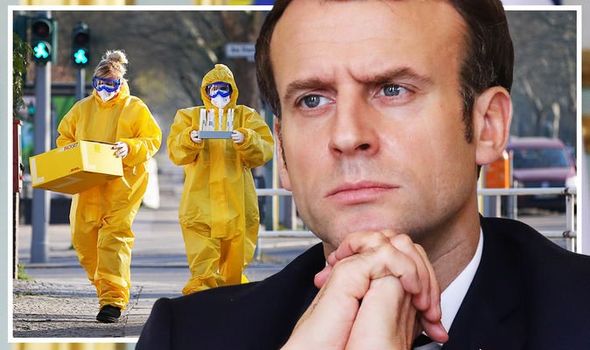 However, a ban has not been imposed on the movement of poultry.

The prefecture is calling for “everyone’s vigilance” in order to “detect any possible case at the first signs”.

It comes after France raised its bird flu alert last week following the discovery of the H5N8 strain among ducks, hens, turkeys and pigeons at a household in the Ardennes region.

The ministry said the animals were slaughtered as a precaution.

Health Secretary urges stars not to spread ‘untruths’ like rapper

It said: “The health situation regarding highly pathogenic avian influenza is worrying.

“Since August 1, 25 cases have been detected in Europe among wild and captive birds.”

One was at a bird merchant and one at a private home.

Another was detected at a home in Luxembourg that has been linked to the merchant in Belgium.

The latest cases prompted France to increase its risk assessment to “moderate” from “negligible”.

The change means poultry will be kept indoors in some areas.