leaders to unite behind plans for a bloc-wide military this week. In her annual State of the Union Speech in the European Parliament in Strasbourg, Von der Leyen, a former German defence minister, said the withdrawal of the US-led mission in Afghanistan raised troubling questions. She added: “In the last weeks, there have been many discussions on expeditionary forces. “On what type and how many we need: battlegroups or EU entry forces.

While Brussels is hoping for further integration, two member states which have caused a rift in the EU are Hungary and Poland.

One of the more tense standoffs between Poland, Hungary and the EU came last year after the two countries vetoed the bloc’s coronavirus recovery fund.

Leaders pushed for a rule of law mechanism, designed to penalise countries whose governments had undermined democracy.

But because the recovery fund needed unanimous support, Hungary and Poland were able to block the package. 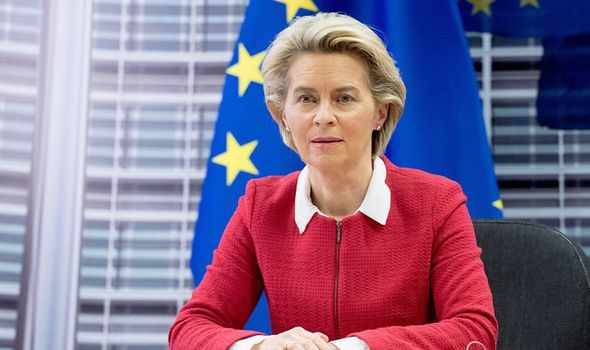 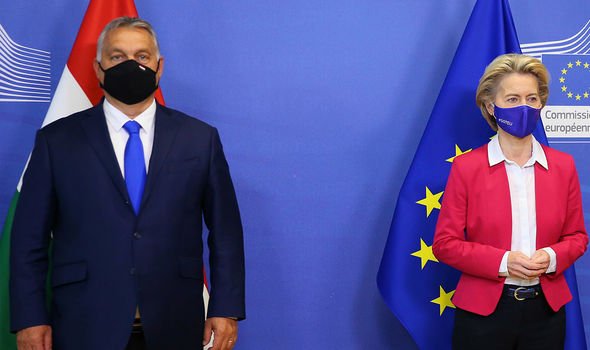 After days of intense negotiations, a compromise was eventually reached, meaning the £1.6trillion of stimulus funding could be distributed to the EU27.

Daniel Freund, a German Green MEP, told CNN last month that it’s always “difficult for the Commission to go against a member state because they will always need their support down the line.”

Speaking on the Hungary and Poland issue, he added: “We have repeatedly seen Hungary block resolutions in the Council on things like human rights in Hong Kong or when fighting erupted in Israel earlier this year, presumably to poke the member states agitating against its own violations in the eye.

“The way the row over Hungary and Poland has played is putting the whole EU into question. If member states don’t follow the treaties, if the Commission and Council don’t punish rule breakers, then what is left of the EU?”

Hungary’s current government has come under fire in recent years for a number of anti-democratic and discriminatory policies.

In July, the country’s Prime Minister, Viktor Orban, enacted legislation which will focus on increasing punishment for convicted paedophiles, but an amendment was also passed banning the portrayal or promotion of homosexuality among under-18s. 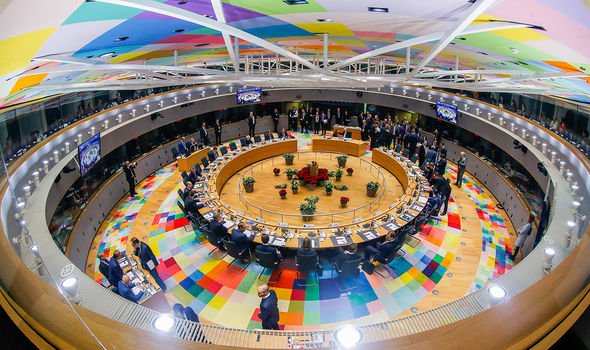 Commission President Von der Leyen responded to the law, saying: “This legislation uses the protection of children as an excuse to discriminate against people because of their sexual orientation.”

She added that the legislation was a “disgrace”.

The Polish government has also caused problems for the EU due to a disagreement over the country’s judiciary, after creating a chamber whereby judges can be punished.

After allegations the Polish government was not maintaining the independence of its courts, the EU launched infringement proceedings against the country.

Now, an ongoing Constitutional Tribunal plans to rule on whether Poland’s constitution or EU treaties take precedence, a verdict that could call into question the bloc’s entire legal order.

Proceedings have been adjourned until September 22 following a motion from Poland’s Human Rights Ombudsman. 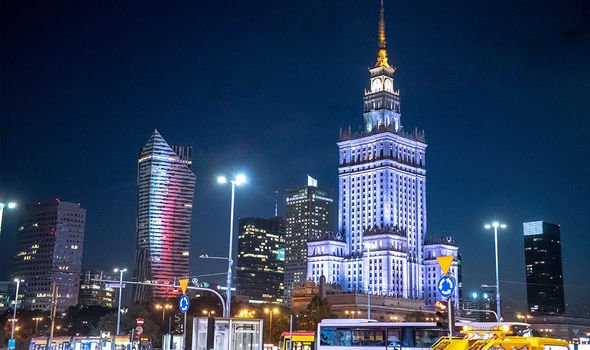 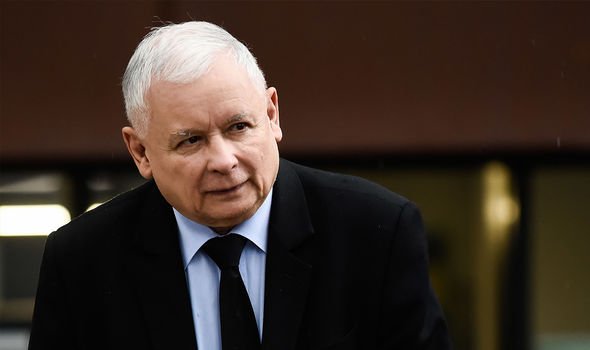 EU news: Kaczynski said there will be no Polexit

Some experts have feared that this combined with anti-EU rhetoric coming from Polish leaders could lead to ‘Polexit’.

But Jaroslaw Kaczynski, who is the head of the ruling conservative Law and Justice party, said yesterday that the country’s future is in the EU.

He said: “There will be no Polexit. It’s a propaganda invention that has been used many times against us.

“We univocally see the future of Poland in the European Union.”

Last week, two high-ranking Polish officials made strong comments about the EU after the bloc moved to punish Poland financially for actions that increase the governing party’s control over the courts. Brussels said this violates the rule of law.

Ryszard Terlecki, the party’s deputy leader, said that if things don’t go the way Poland likes, “we will have to search for drastic solutions.”

He added: “The British showed that the dictatorship of the Brussels bureaucracy did not suit them and turned around and left.”