. With the 16-year strong German Chancellor Angela Merkel due to step away from front line politics after the election, many political pundits are expecting the election on September 26 to be the most significant in decades.

But the latest polls show Mr Laschet is facing stellar competition from the Social Democratic Party (SPD), with the party’s leader Olaf Scholz beating his conservative competitor in a recent snap poll.

The survey for ARD television revealed 41 percent of those polled thought Mr Scholz was the most convincing in the debate.

And the latest charts for the election as a whole also show the centre-left SPD is leading the pack by at least six percentage points.

However, the SPD is unlikely to be able to form a government on its own and will rely on securing a coalition deal – which is where Die Linke (The Left) comes in.

Ode to Deutsch: Europeans back Angela Merkel as EU chief 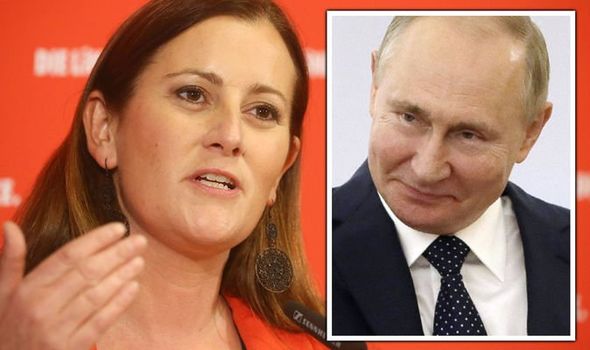 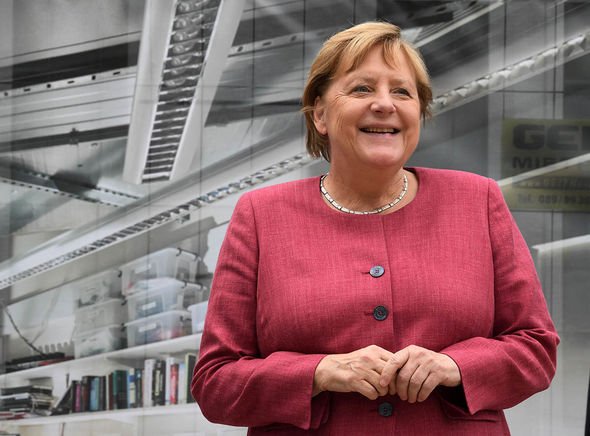 Germany election nightmare: Angela Merkel will soon step down after 16 years in her post

The leftist party is prepared for coalition talks about a progressive centre-left Government, according to Die Linke MEP Martin Shirdewan.

The co-chair of The Left in the European Parliament added: “Obviously there has been a major shift in the polls in the past few weeks.

“I think we are in a very volatile situation now in Germany, where everything can happen, but that also means that there is a likelihood for an outcome that might enable a progressive centre-left government.”

He added that his party “will be prepared for this kind of situation”.

But while this could be good news for some voters, it’s even better news for Russia’s Vladimir Putin. 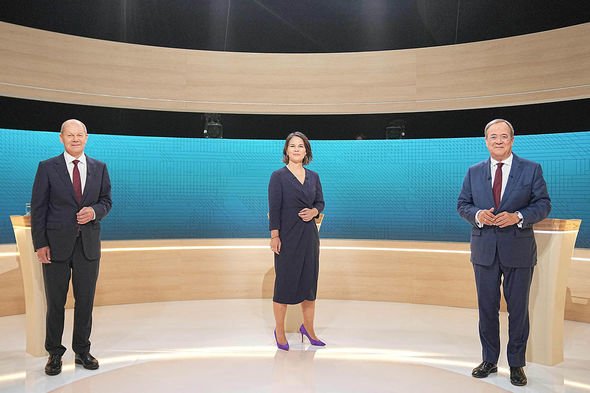 Co-leader Janine Wissler has come under fire in recent weeks for her opinions on foreign policy, especially over Moscow.

In a debate, she stood by her party’s conviction that NATO should be abolished and also defended the party’s ties to Russia, calling for a new “foreign policy security architecture”.

While she took exception to Vladimir Putin’s annexation of Crimea and “his handling of the opposition,” including Alexei Navalny, the party chief encountered fierce opposition from CSU, FDP and AfD candidates for her views.

The politician – who was previously a member of Marx21 – has all been open about holding the likes of Leon Trotsky and Lenin as role models.

And she previously claimed “all services of general interest belong back in public hands and under public control” – including private hospitals and nursing care companies, banks and public transport. 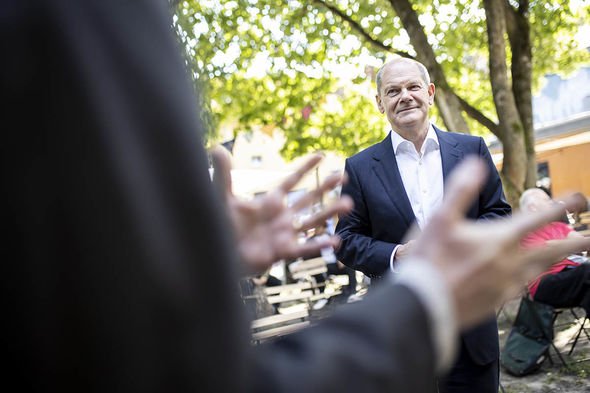 Germany election nightmare: The SPD is currently leading in the polls

If the Left were to win a place in a new coalition Government, it is likely its pro-Russian agenda would be up for discussion.

Mr Schirdewan told EURACTIV: “It is no secret that Die Linke was always in favour of a diplomatic approach when it comes to Russia, meaning that we should not operate in a confrontative way, that we should not impose sanctions, but seek to solve conflict via diplomacy.”

He added his priority would be to address the “most pressing needs of the German society” including climate change, digital transition, the German health system and raising the minimum wage.

Mr Scholz’s SPD are currently polling at 25 percent against the CDU’s 21 percent and the Green’s 16 percent. But Ms Merkel has warned voters about supporting her successor’s rival, due to the coalition’s he may have to form.

Speaking at a joint press conference with Austrian Chancellor Sebastian Kurz in Berlin, she said there was a “huge difference for the future of Germany” between Scholz and herself. 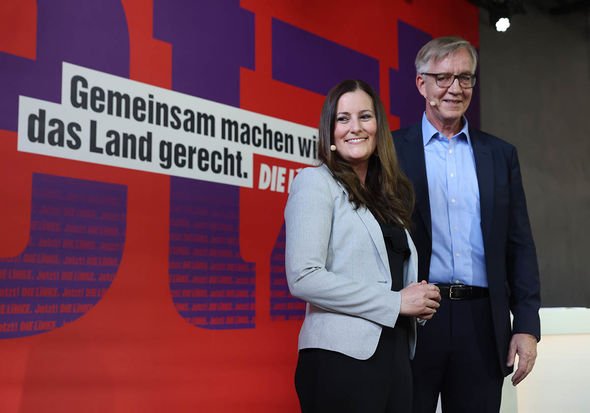 The Chancellor added: “With me as chancellor, there would never be a coalition in which the Left party is involved. And it is not clear whether this is the case with Olaf Scholz or not.”

And the situation still remains unclear. When recently pressed about whether he intends to form a coalition with the Greens and the far-left Die Linke on Sunday, Mr Scholz declined to rule out working with the Left – arguing voters must first have their say in the election. However, he made it clear there are differences between the parties which could make a coalition difficult.

Mr Scholz said: “An acknowledgement of transatlantic relations, to NATO and the EU are necessary for a good Government.”

Speaking to the regional Rhein Zeitung on Tuesday, political scientist Karl-Rudolf Korte said that September’s elections could have a “historic” outcome where numerous governments are possible.

This means this historic election could see some of the largest German political parties scrambling to form a majority Government.