After the Western power announced the trilateral partnership, one expert has claimed Beijing will see the new alliance as an effort to push back against China. Although none of three leaders named China during the announcement, Joe Biden warned of the need to protect peace in the Indo-Pacific region. The new alliance will bring together the three countries’ collective power to deploy nuclear-powered submarines.

Amid the announcement of the new alliance, Bonnie Glaser, director of the Asia programme at the German Marshall Fund said China will view this as a cooperative way to counteract Beijing.

She told the South China Morning Post: “Beijing will see this as part of US efforts to forge coalitions aimed at pushing back against China, and they aren’t wrong.

“The Chinese need to recognise that this assertive behaviour is drawing democratic countries to cooperate in new ways to defend their interests.”

The alliance will also provide Australia with the technology and capability to deploy nuclear-powered submarines. 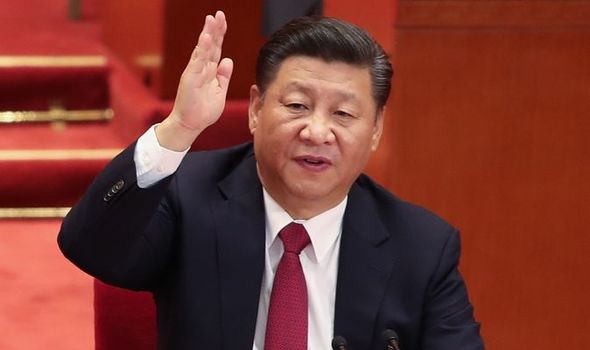 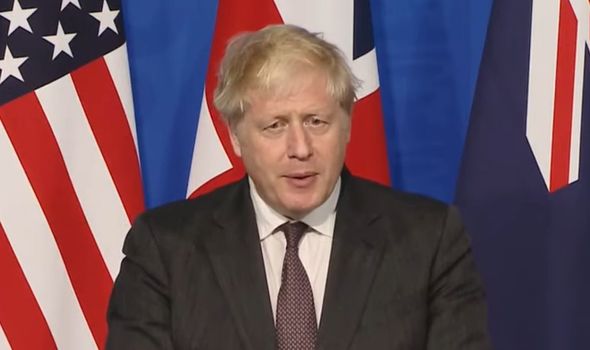 China news: Boris Johnson pledged to protect the stability of the region


During his speech, Boris Johnson revealed the plan will take 18 months and would promote the stability of the Indo-Pacific.

“Aukus is a concrete articulation of the UK’s ambition, made in the integrated review, to deepen defence, security and foreign policy ties with like-minded allies across the globe.

“The agreement reflects the unique level of trust and cooperation between our three countries, who already share extensive intelligence through the Five Eyes alliance. 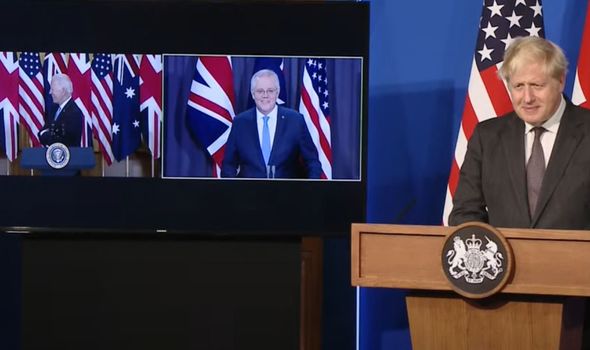 China news: Australia will be able to build nuclear-powered submarines

“The first initiative under Aukus will be a collaboration on future nuclear-powered submarines for the Royal Australian Navy.

“This capability will promote stability in the Indo-Pacific and will be deployed in support of our shared values and interests.

“The initial scoping phase for the new endeavour is expected to take 18 months.

“The design and build process will create hundreds of highly skilled scientific and engineering roles across the UK, and drive investment in some of our most high-tech sectors.” 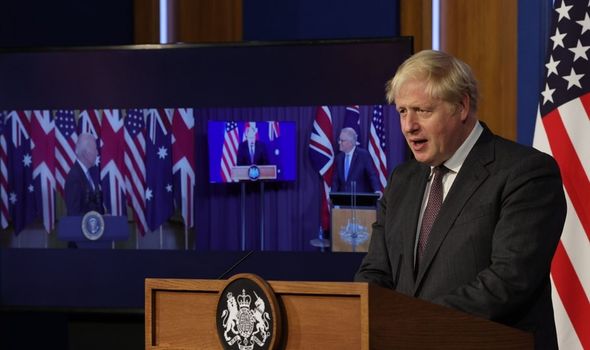 China has increased its presence in Indo-Pacific region 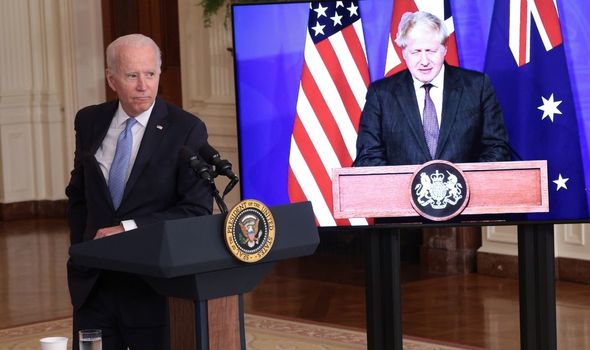 China news: The move will seen as an effort to hault China’s influence


China has increased its influence in the Indo-Pacific region.

Beijing has also increased its threatening behaviour towards Taiwan which it sees as part of mainland China.

During the press conference, Mr Biden insisted the submarines would have conventional weapons.


See the latest Covid vaccine stats below and

visit InYourArea for all the Covid vaccine latest


Mr Biden added: “We all recognise the imperative of ensuring peace and stability in the Indo-Pacific for the long term.”

The UK has prioritised the Indo-Pacific region in the last year. 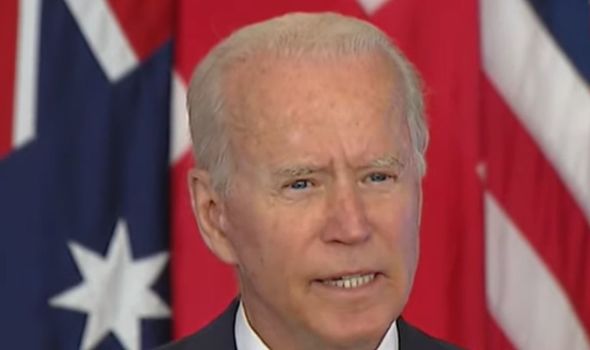 China news: The announcement was made this evening

In a show of force, the HMS Queen Elizabeth was deployed to the region along with equipment from the US.