‘That guy down under’

Biden has begun by referring to Australian Prime Minister Scott Morrison as “that guy down under”.

He continued “I am honoured today to be joined by two or Americas closest allies.”

AUKUS will create hundreds of jobs in UK

Boris Johnson has confirmed that the project will create “hundreds of highly skilled jobs” across the UK.

The Prime Minister said jobs will be available in Scotland, the north of England and the midlands to “take forward the government’s purpose of levelling up across the whole country.”

Most ‘complex and demanding project’ in the world

Boris Johnson is next, he opened by saying “we are opening a new chapter in our friendship.”

He continued to add the ‘AUKUS’ project will be one of the most “complex and technically demanding in the world” lasting over decades. 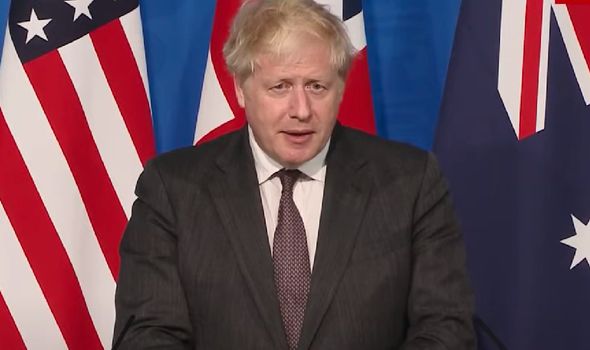 He began by saying the three nations “have always seen the world through a similar lense. 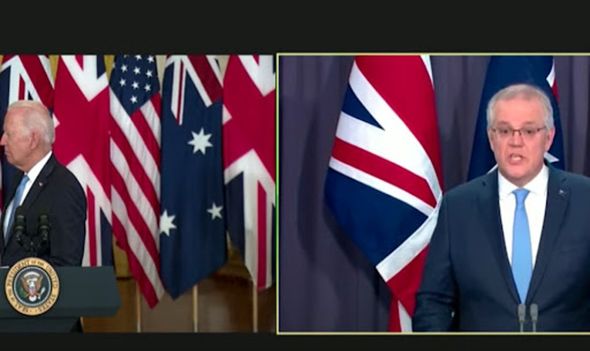 Biden to be joined virtually

The trio are due to make an announcement at 10 pm.


Earlier this year, in the integrated review of security and foreign policy, the UK Government outlined plans for a “tilt” in focus towards the Indo-Pacific, with aircraft carrier HMS Queen Elizabeth being deployed on a voyage east – a decision said to be about sending a message to Beijing and Russia about Britain’s military might.

The attempt to secure

an allied nuclear-powered submarine in the Pacific is seen as a tool to “contain Chinese military expansion”, says Politico.

Group to be known as AUUKUS

According to Politico, the new group known by the acronym AUUKUS.

The group will share information in key technological areas such as artificial intelligence, cyber, underwater systems, and long-range strike capabilities.

‘Multi-billion dollar’ program to be scrapped

Reports suggest that the trio will announce a new trilateral security partnership.

It would see Australia scrap a “multi-billion dollar program” to build a nuclear-powered fleet with US and British technology.