Within a letter, she stated the Commision may not be able to pay out flood aid to

, amid concerns there are no reserves left to provide. The European Commission’s funds for aid after natural disasters has likely been almost completely used up this year, hence the unlikely payout.

Commission had promised Germany aid after a devastating flood in July affected the region.

Storms with unusually heavy rainfall were to blame for the flood disasters during the summer, which saw areas being devastated by the effects of colossal amounts of water.

One area that was particularly affected by the circumstances was the Ahr Valley, which saw at least 134 people killed as a result.

However, according to a letter from the Commission President to the Green MEP Rasmus Andresen, it seems unlikely that the promised financial aid will be delivered. 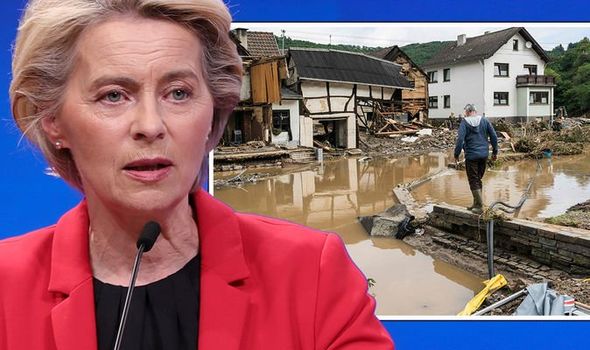 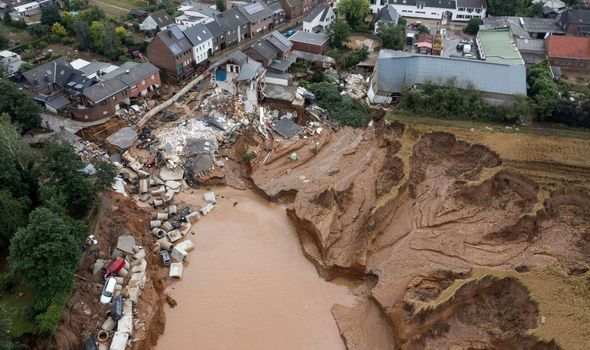 The EU Commission may not be able to pay out aid to Germany after July’s flood damage.


It suggests that it may not be possible to pay out the financial help – said to be worth millions – in a timely manner, as reserves have been allocated elsewhere.

addresses that the EU Commission has already allocated almost all of the available funds to aid projects after other natural disasters in the past 12 months.

It states that almost all of the funds available in 2021 have already been allocated to provide aid following the consequences of other natural disasters.

VDL ramps up threats against Poland as Polexit looms – ‘fines!’ 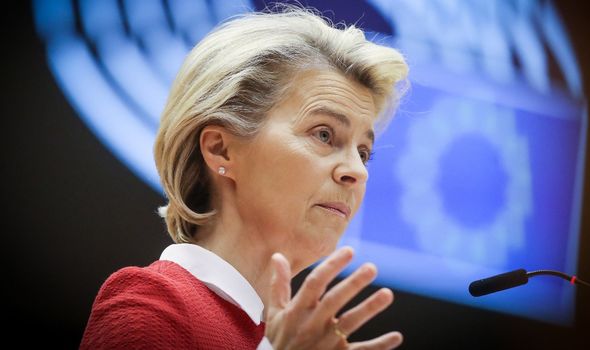 According to a letter from the Commission President, it is unlikely the aid will be delivered.

€1.2billion is the annual upper limit in the EU budget for the “reserve for solidarity and emergency aid”, but this has been divided across regions affected by natural disasters elsewhere.

Solvency proved an issue during a year of battling the coronavirus pandemic, and the increasing frequency and destructiveness of natural disasters affected regions.

In a time when natural disasters were prevalent, the impact of COVID-19 has apparently caused the situation to worsen and has “shown the inadequacy of the solidarity measures available”.


Merkel’s legacy in ruins as Polexit fears erupt in Germany


France and Germany turn back on EU ahead of key elections 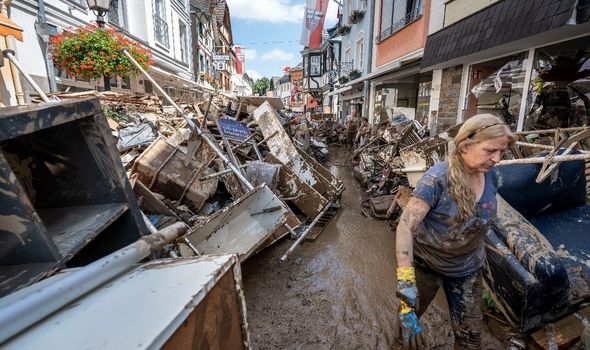 Storms with unusually heavy rainfall were to blame for the flood disasters during the summer.

According to the letter, the Commission chief promised to examine all possibilities and other avenues in order to help the countries affected by the flood.

Rasmus Andresen, budget spokesman for the Greens/EFA said in response to the oversight: “It is an indefensible situation that the people and the regions affected by the summer floods cannot expect financial aid from the European Union. The EU must be set up financially in such a way that it can provide sufficient and unbureaucratic help in the event of disasters and crises. 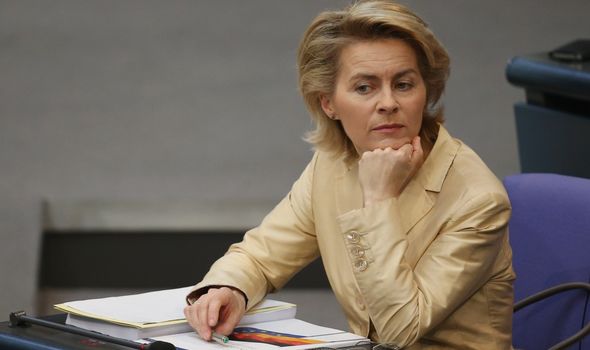 
“Extreme weather events and natural disasters due to climate change are increasing. We must pull together to effectively combat climate change in the EU. And we must not leave the people who are already suffering from the consequences alone. Europe must stand together.

“We call on the EU Commission to quickly analyse what it needs so that such an empty coffers situation no longer arises. It must also clearly state what it expects from the Member States in return.”