will step down as German Chancellor later this month and embarked on a farewell trip to Poland at the weekend. Poland is a key economic partner of the EU’s largest economy, but tensions continue to soar between Warsaw and the bloc.


Poland along with Hungary are embroiled in a long-running row with the European Union over issues including judicial independence, press freedoms and LGBT rights.


Reinhard Veser, politics editor at German newspaper Frankfurter Allgemeine Zeitung, said the spat could lead to Poland leaving the European Union and warned of the consequences for Germany.


He said: “Poland is one of Germany’s most important partners.


“It is all the worse for Germany that the confrontation between Warsaw and the EU Commission increases the risk of a ‘Polexit’.” 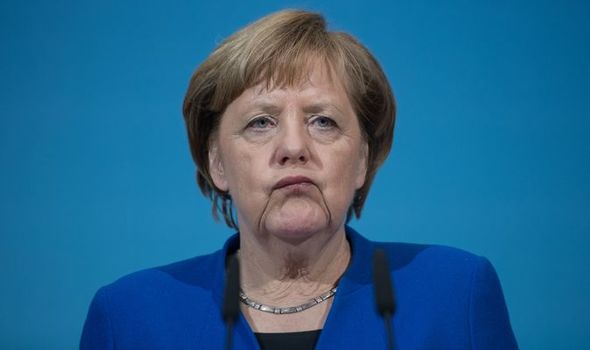 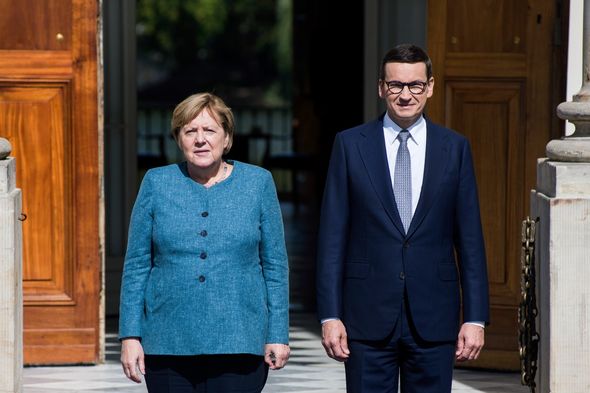 
Mr Veser added: “The importance of this dispute for Germany can hardly be overestimated.


“Because even if nobody wants a Polexit – Poland’s exit from the EU – there is a growing risk that this will happen.”


Ms Merkel held talks with Polish Prime Minister Morawiecki on Saturday and stressed the need for the EU and Warsaw to work together on the issues.


The 67-year-old said: “On rule of law, we talked in depth about this… We prefer this to be resolved through talks. 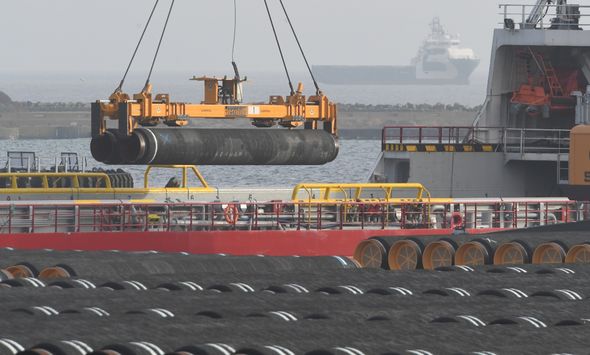 Nord Stream 2 will transport gas from Russia to Europe

“Resolving things with court cases is of course always a possibility in a country with a rule of law, but politics is about more than going to court.”

Poland is also facing a crisis on its border with Belarus and has blamed Belarusian President Alexandr Lukashenko for facilitating the surge of migrant crossings.

Mr Vesser added: “The Polish eastern border shows how important the country is for Germany’s security.”

The outgoing German Chancellor and Mr Morawiecki also discussed the Nord Stream 2 gas pipeline, amid fears it will increase EU dependence on Russia. 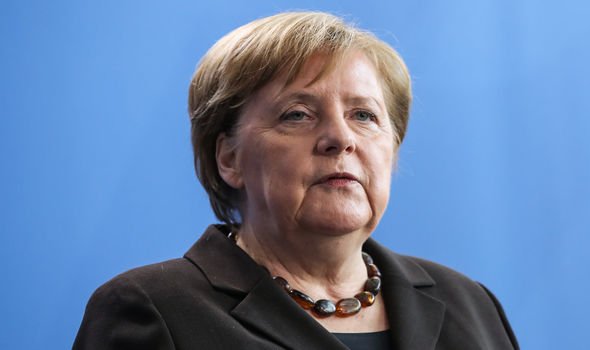 Angela Merkel will step down after the elections on September 26


Russian-state owned firm Gazprom last week said it had finished construction of the pipeline to Germany, which could allow Moscow to double gas exports to Europe via the Baltic Sea while bypassing Ukraine.


Ms Merkel said she had made clear to Russian President Vladimir Putin that Ukraine needs to remain a transit country for gas beyond the expiry of a five-year deal in 2024.


Ms Merkel will step down as German Chancellor after 16 years in the role after the elections in Germany on September 26. 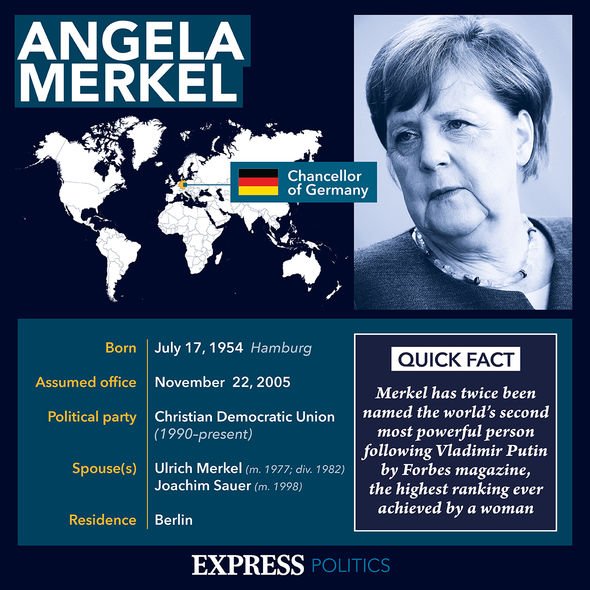 A political profile of Angela Merkel


The Union is currently trailing the Social Democrats by four points, according to the latest Forsa poll released on Tuesday.


The centre-left Social Democrats, led by finance minister Olaf Scholz, is on 25 percent of the vote, compared to Mr Laschet on 21 points.


The Greens were on 17 percent, the Free Democrats (FDP) and the far-right AfD were polling on 11 percent each and the far-left Linke party at six percent.