at an annual event to commemorate the 9/11 terror attacks, saying he “never went out” with

Speaking on stage to address the crowd at the ritzy Cipriani restaurant in Manhattan, Mr Giuliani impersonated the Queen in rambling remarks: “She said, ‘you did a wonderful job on September 11, and therefore I’m making you an honorary knight, commander of the royal something or other’.”

He then claimed that he turned down the knighthood, saying “if you took a knighthood, you had to lose your citizenship.”

In the wake of 9/11, Mr Guiliani was named Commander of the Most Excellent Order of the British Empire for his “outstanding help and support to the bereaved British families in New York”. 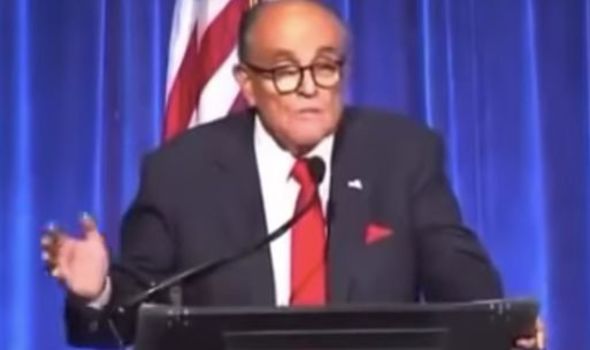 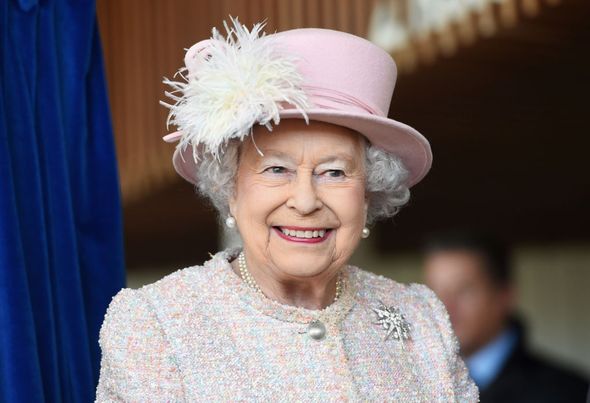 The speech happened hours after attending a memorial service at Ground Zero alongside President Joe Biden and former Presidents Barack Obama and Bill Clinton on the 20th anniversary of the 9/11 attacks.

The former Mayor of New York ripped into President Biden during the speech, challenging his decision to withdraw all US troops from Afghanistan in the run-up to the anniversary

He said: “I dunno. I shouldn’t get into this.

“What Biden did in the last two weeks is freaking insane. It cannot be explained.”

Biden’s withdrawal of U.S. troops in August, months after a deadline set by his Republican predecessor Trump, and the resulting rapid fall of the country to the Taliban has drawn criticism from members of both political parties.

Donald Trump, a divisive figure who did not attend any formal September 11 tribute, appeared instead at a friendly police precinct near his Manhattan home.

In stark contrast to the messages of unity, the former president criticized Biden over the Afghanistan withdrawal, repeated his false claim of 2020 election fraud, and hinted he may take another run at the White House.

US presidents often travel to one of the three sites on the 9/11 anniversary but it is unusual to go to all three on the same day.

So you pay more and work longer!’ Louise Minchin erupts at Therese Coffey 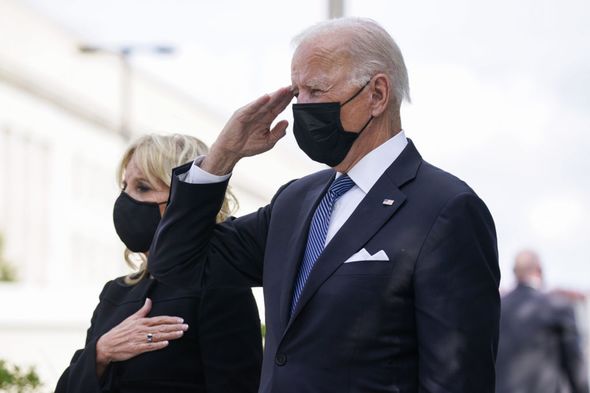 In his video address, Mr Biden noted the heroism that was seen in the days following the attacks 20 years ago. “We also saw something all too rare: a true sense of national unity,” Biden said.

President Biden, a Democrat, pledged to build up such unity after he took office in late January, but the country remains deeply divided politically.

Last month, many families of 9/11 victims asked the US President to skip 20-year memorial events unless he declassified documents they contend will show Saudi Arabian leaders supported the attacks. Last week, the president ordered the Department of Justice to review documents from the FBI probe into the attacks for declassification and release.