Posting on the CovertShores website, defence analyst H I Sutton said: “Controversial Russian ‘research vessel’ Yantar has entered the English Channel heading northbound. It is currently south of the Lizard.

He added: “The ship has turned on its AIS (automated Information System) so it is currently visible on AIS aggregators such as MarineTraffic.com.

“Yantar is known for operating near undersea infrastructure including internet cables.

“It was recently seen near internet cables off Ireland, but has been difficult to keep track of with Open Source intelligence (OSINT).” 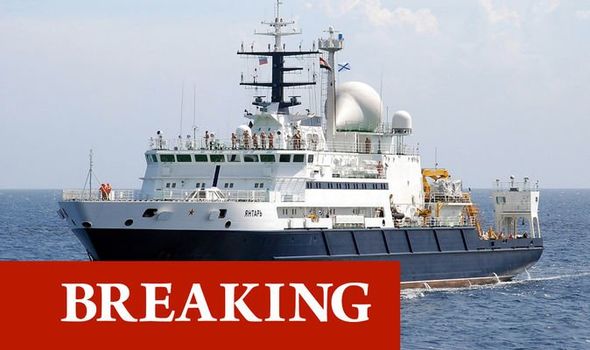 Russian spyship Yantar is in the English Channel (file pic) 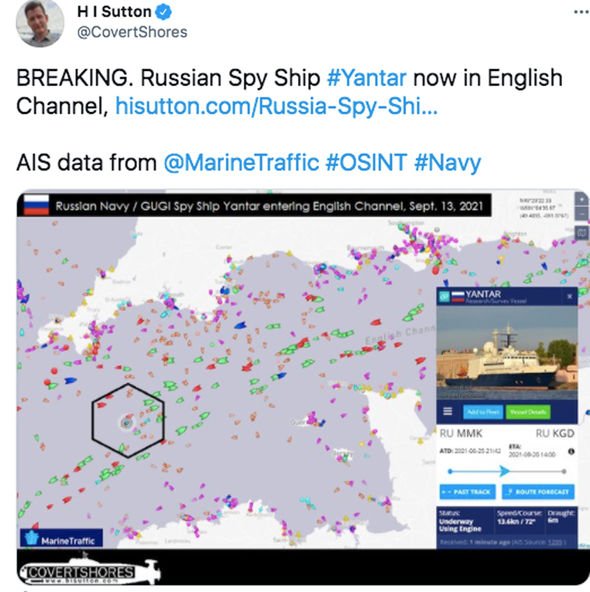 To illustrate his point, Mr Sutton tweeted a map from Marine Traffic showing the location of the vessel, while a infographic on his website offering a point-by-point analysis of its capabilities.

Prior to before stopping, it had shifted course in order to run parallel to the expected route of the Celtic Norse undersea cable.

The other nearby cable is the AEConnect-1 running between Ireland and the United States. 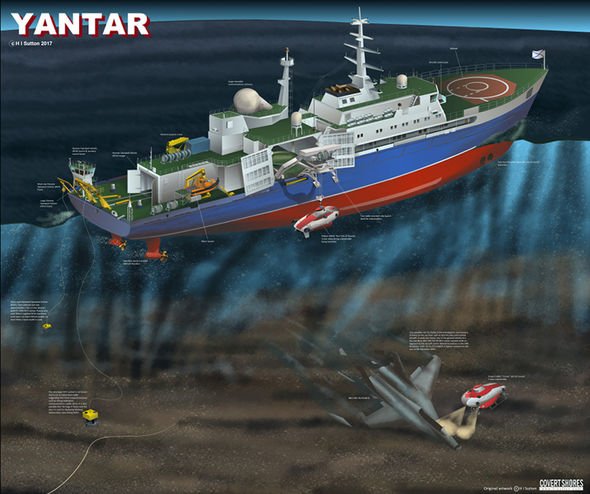 Yantar factfile shared by Mr Sutton on the site

“Yantar (actually Cruys) was launched in 2014 and joined the Russian Navy in 2015. It is described variously as a ‘Special Purpose Ship’ and an ‘Oceanographic vessel’ which is a euphemism for a spy ship.

He added: “These missions are thought to include cable cutting, laying of taps on undersea cables, removing other countries’ taps (‘delousing’) and related intelligence missions.

“She may also perform other special missions such as recovery of sensitive equipment from crashed aircraft or test missiles.”