Russian and Belarusian troops are currently engaged in massive war games close to European borders, which are scheduled to end on Thursday. The “Zapad-2021” military drills involve up to 200,000 military personnel, some 80 aircraft and helicopters, up to 15 ships and nearly 300 tanks, according to the Russian Defence Ministry.

showcased its Platform-M combat robots and new Sarmat-2 tactical vehicles for the very first time, according to the Russian media.

The Platform-M combat robots, in particular, are fearsome weapons, which are armed with grenade launchers and a machine gun, as well as being remotely controlled.

Belarus dictator, Alexander Lukashenko, was an observer of the war games on Sunday and was photographed looking as though he was ready for combat.

An image published by the state news agency Belta showed the President wearing a green military uniform and watching the drills attentively at the Obuz-Lesnovsky training ground. 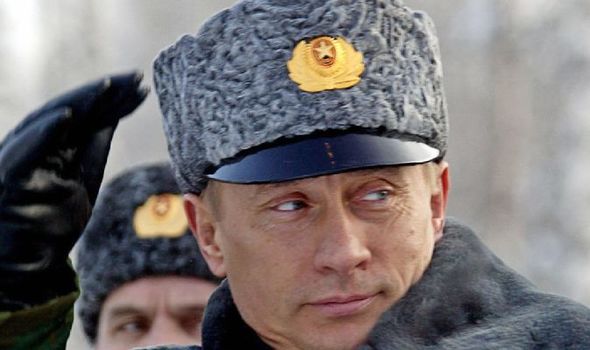 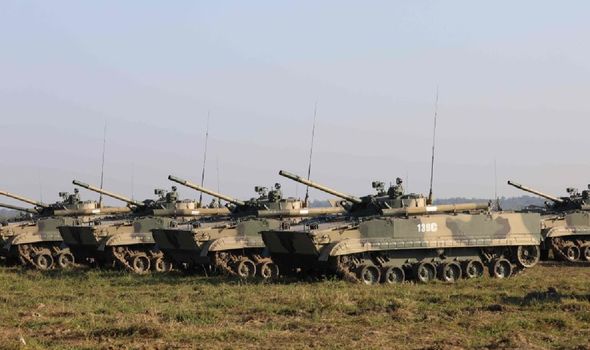 
Later he said: “This is one of the most important training events for the armed forces, which takes place against the backdrop of ongoing hybrid aggression by the West against Belarus and Russia.”

Mr Putin is expected to inspect the military exercises next week and has called them “sensible”, given the increased activity of Nato in the region.

However, “Zapad-2021” has caused distress among Nato members bordering the western borders of Belarus. 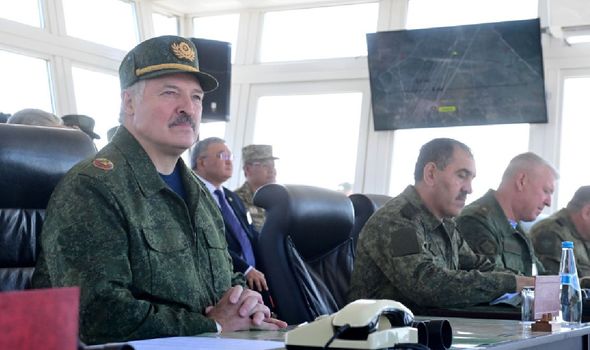 Estonia, in particular, has voiced concerns the drills could herald a Russian invasion in the near future.

In an interview on Friday night, Martin Herem, commander of the Estonian Defence Forces said: “We need to realise that this [a Russian military attack on Estonia] may indeed happen in the coming years.

“Russia’s goal likely isn’t to occupy us – it does not want to gain control through occupation, but it enjoys instability and influence via instability.”

Estonia used to be a part of the Soviet Union and still has a large Russian minority living in the east of the country. 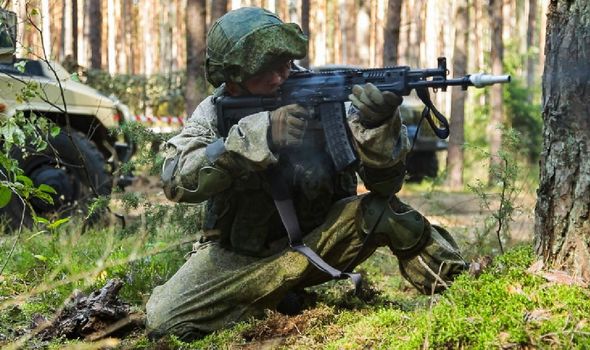 In the wake of the Ukrainian crisis in 2014, Mr Putin issued a warning that he would use whatever means at his disposal to protect Russians living abroad.

“I would like to make it clear to all: This country will continue to actively defend the rights of Russians, our compatriots abroad, using the entire range of available means — from political and economic to operations under international humanitarian law and the right of self-defence,” he told a gathering of Russian ambassadors in July 2014.