, 84, urged Hungary to “extend its arms towards everyone,” in a bid to encourage the country to welcome immigrants in light of

. The pontiff’s visit to the Hungarian capital, Budapest, comes as part of a four-day visit to Eastern Europe, marking his first major international outing since undergoing surgery in July to remove half his colon.

The 84-year-old appeared to be in good spirits as he waved from his open-sided “popemobile” and presided over a lengthy Sunday Mass.

Despite his ongoing recovery from his surgery, the Pope kept pace with the rapid trip through Budapest, using his golf cart on occasion to avoid walking long distances as he confessed: “I’m not 15 anymore.”

The pontiff spent just seven hours in the country before heading onwards to Slovakia.

However, he did meet with Mr Orban upon arrival, despite the Prime Minister’s policies clashing with the Pope’s calls to welcome and integrate those seeking a better life in Europe. 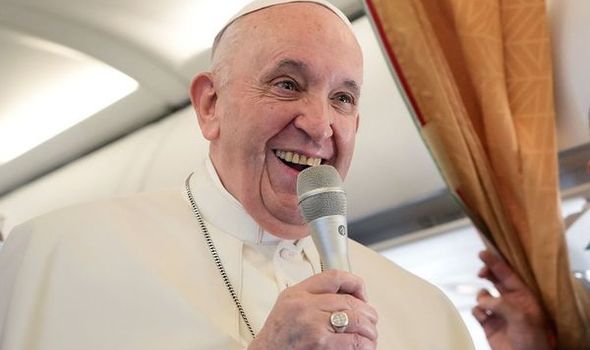 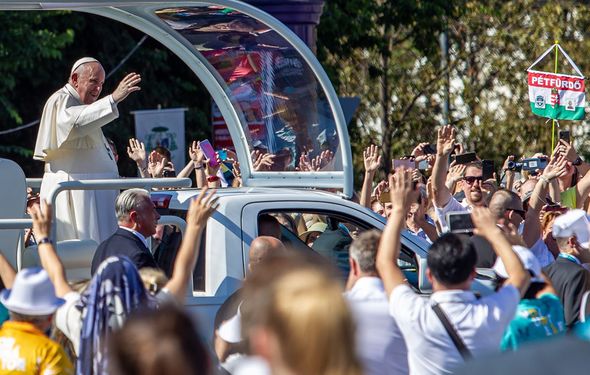 The Hungarian Prime Minister often depicts Hungary as a bulwark against migration from Muslim-majority countries and has a long history of rejecting proposals to settle refugees – even going so far as to erect a fence along the country’s southern border to keep out asylum-seekers.

The Pope sat down for 40 minutes with the Hungarian PM, in what the Vatican described as a “cordial atmosphere”.

“Among the various topics discussed were the role of the church in the country, the commitment to the protection of the environment, the protection and promotion of the family,” the Vatican said in a statement. 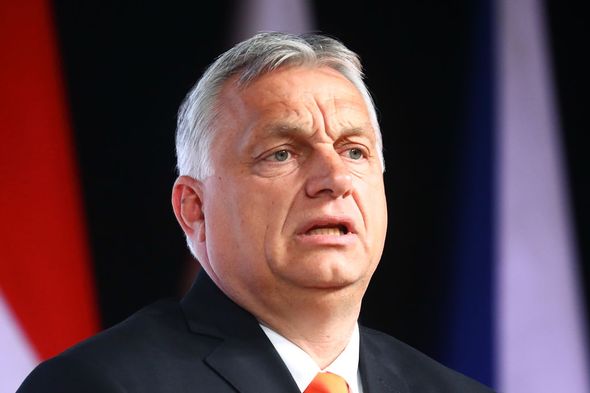 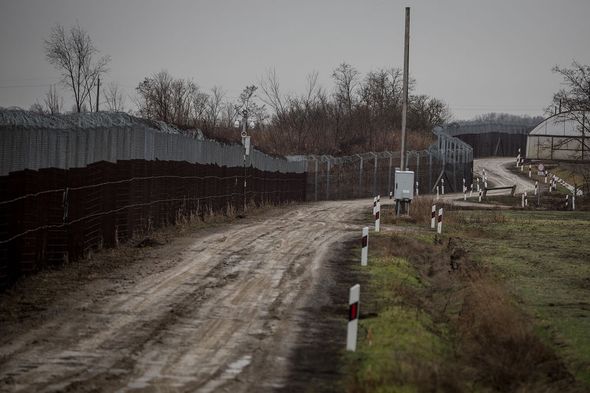 Hungary erected a border to keep immigrants out

The Vatican also insisted the pontiff did not snub Hungary by only staying for seven hours, confirming that the Hungarian church only invited him for the Eucharist on Sunday.

At the end of the Mass, Pope Francis called for Hungarians to remain true to their roots while also making a jab at Hungary’s border policy.

He said: “Religious sentiment has been the lifeblood of this nation, so attached to its roots.

“Yet the cross, planted in the ground, not only invites us to be well-rooted, it also raises and extends its arms toward everyone. 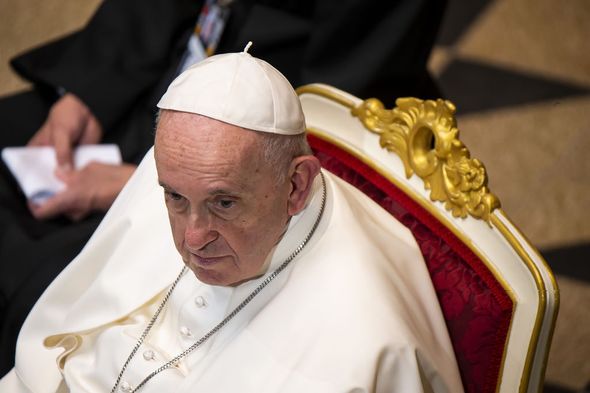 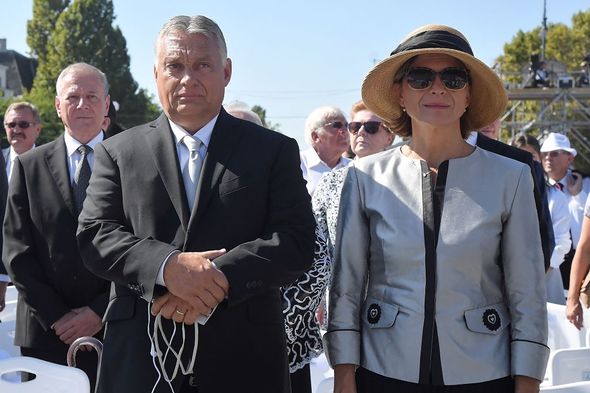 
“My wish is that you be like that: rounded and open, rooted and considerate.”

He added: “Diversity always is scary because it puts at risk acquired securities and provokes stability

“But it’s still a great opportunity because it opens the heart.”