Angela Merkel has been Germany’s Chancellor since 2005 but the once-popular politician will step down in 2021, following recent election setbacks. Ms Merkel – known as Mutti by her fans – has led the centre-right Christian Democratic Union (CDU) party without much opposition for years, but now as she approaches the end of her time in office, her legacy could be under threat.

The CDU has taken a battering in the latest polls and fears are now growing amongst the party that they will lose the next election.

If this happens this will no doubt blot Angela Merkel’s legacy.

If the Social Democratic Party (SPD) wins the election, Merkel would have failed to secure her party’s position in the Bundestag.

The centre-left SPD party could be led to victory by Olaf Scholz, when Germans take to the polling booth on September 26. 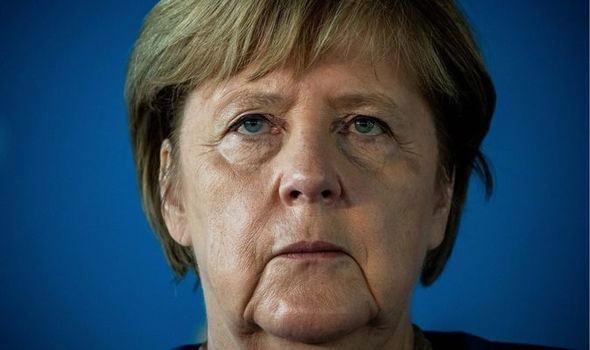 End of Merkel legacy: The CDU has taken a battering in the latest polls 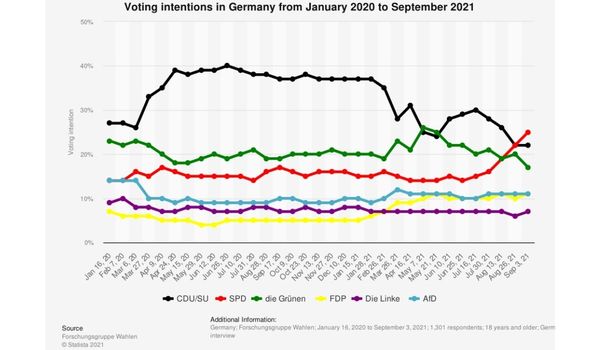 End of Merkel legacy: Polls by Forschungsgruppe Wahlen show the CDU have slumped below SPD in polls

This would oust the CDU from power, leaving a poor legacy behind for their former leader Ms Merkel.

The Chancellor may not be able to repair her reputation following an electoral defeat, as she said: “I will not be seeking any political post after my term ends.”

The latest polls suggest the SPD will be a firm contender to lead the next coalition government in Germany.

Polls by Forschungsgruppe Wahlen show the CDU have slumped below SPD in the polls. 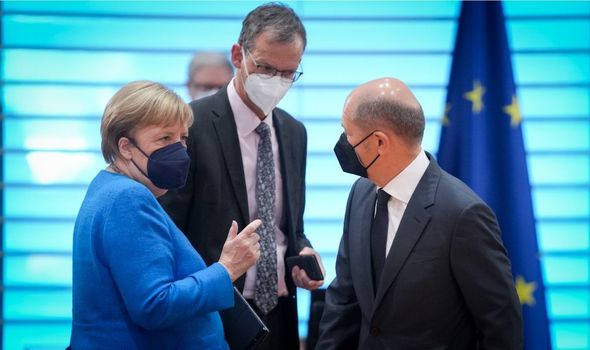 End of Merkel legacy: Merkel may not be able to repair her reputation following an electoral defeat

This may seem like a tight race, but the current election projections show a marked come down for the CDU.

Merkel’s party enjoyed a 40 percent share of the vote in June 2020 according to polls.


Boris urged to get tough on French as fishing fury erupts 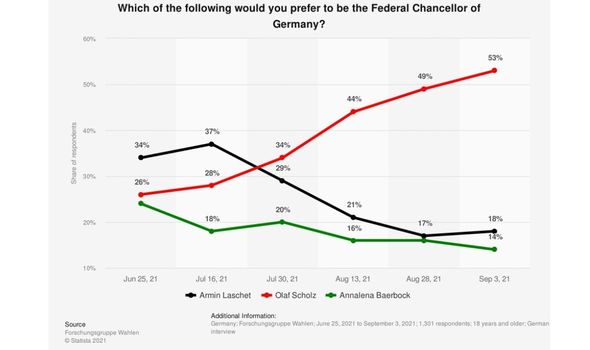 End of Merkel legacy: It seems German voters have no appetite to see the CDU in power without Merkel


But since then their popularity has fallen.


It seems German voters have no appetite to see the CDU in power without “Mutti Merkel” (mother Merkel) as its leader.

Left-leaning parties and far-right, anti-immigration parties, have gained popularity since the last general election in 2017.

While support for the major, more central parties such as Merkel’s, has waned.

Chancellor Merkel has made a last-minute plea to voters as her party hits a record low in the polls.

She said: “Citizens have the choice in a few days, either a government that accepts the support of the (far-left) Linke party with the SPD and the Greens, or at least does not exclude it, or a federal government that leads our country into the future with moderation.”

With the count down now on to election day, it seems increasingly unlikely that Chancellor Merkel will be able to hand the reigns over to her CDU successor Armin Laschet.