Hurricane Olaf bore down on Baja California Sur, a popular Mexican holiday resort, making landfall near San Jose del Cabo at about 10pm last night. The hurricane brought chaos with it, as the resort area faced winds of up to 100mph according to the latest advisory from the National Hurricane Center (NHC). Authorities were forced to close ports, prepare temporary shelters and urge locals and those staying in the resort to watch public announcements.

Forecasters now warn the area could be blasted with up to 15 inches of rain.

The US National Hurricane Centre said: “This rainfall may trigger significant and life-threatening flash flooding and mudslides.” 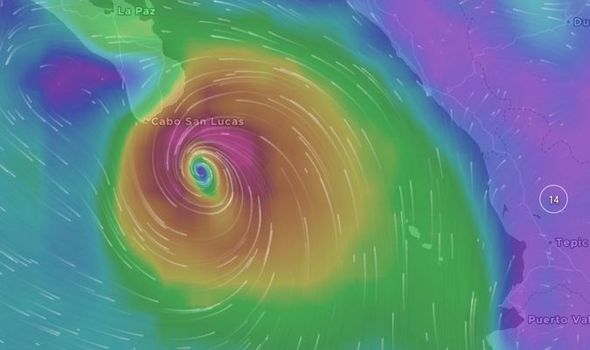 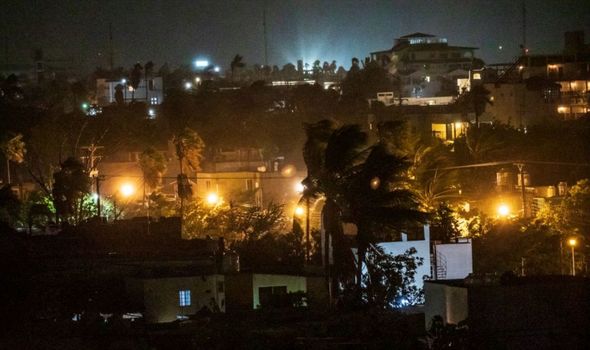 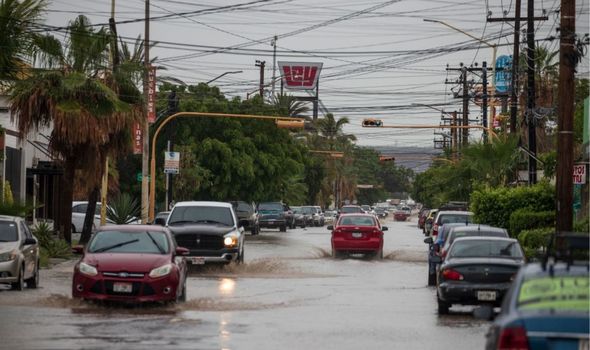 
The NHC public advisory said: “Olaf is moving toward the northwest near 12 mph (19 km/h), and this general motion is expected to continue today.

“On the forecast track, the center of Olaf will move along the southwestern coast of Baja California Sur today. The hurricane will begin to move westward away from land tonight or early Saturday.

Border Force ordered to push migrant boats back to France 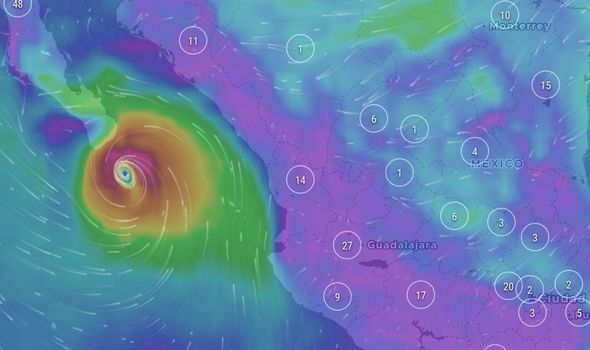 “Additional gradual weakening is expected today as Olaf interacts with land. Further weakening is likely over the weekend after Olaf moves away from Baja California Sur.”

What disruption has been caused so far?

Tourist boats were moved from their moorings at Cabo San Lucas to safer spots. 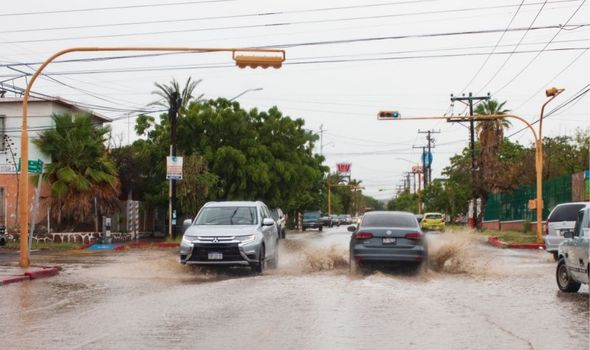 Mexico holiday hotspot: The resort area faced winds of up to 100mph according to the latest forecast


Locals have had to board up their windows and use sandbags to deal with potentially heavy rains.

Once the storm was announced people rushed to the shops for last-minute purchases.

The resort would usually be packed with tourists at this time of year but due to the pandemic, hotels have seen guest numbers dwindle.

An estimated 20,000 tourists were in the area, less than 40 percent of hotels’ capacity, Lilzi Orcí, president of the Los Cabos Hotels Association said.


She added that because of the hurricane 37 domestic and international airline flights had already been cancelled.

As the heavy rain began to fall authorities patrolled the flood-prone areas telling residents to move to the prepared shelters.

Tourists have been told to shelter in their hotels.

The hurricane’s toll on this tourist reliant area is likely to be severe – it has already been devastated by reduced tourist numbers due to the pandemic.