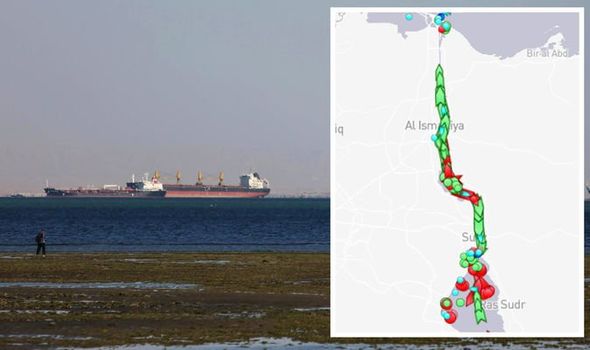 The Suez Canal is blocked for the second time this year


On Thursday, the Suez Canal Authority (SCA) said a container ship ran aground at the 54km mark in the maritime channel. As a result, four ships travelling from Port Said in the direction of Suez had been held up.


Local reports said the SCA was forced to suspend navigation while work to free the ship is ongoing.


Flying the Panamanian flag, it is a bulk vessel bound for Port Sudan, with a length of 225 meters and a width of 32 meters.


The ship ran aground in the western al-Balah branch of the canal.


A source near the incident told The National that there had been a “minor” issue and it had since been resolved.


Sky News Arabia reported a short time later that the vessel had been refloated successfully and the channel was again clear.


Arabian news outlet Attaqa said on Twitter: “The resumption of navigation in the Suez Canal after the authority’s success in floating the stranded ship.”


It comes months after the Ever Given container ship blocked the Suez Canal for nearly a week after running aground in the narrow channel.


On March 23, 2021, the ship ran aground diagonally after losing the ability to steer amid high winds and a dust storm according to the SCA.


In a separate statement, Evergreen Marine said that it had been told the ship “was suspected of being hit by a sudden strong wind, causing the hull to deviate from [the] waterway and accidentally hit the bottom”.


The ship was freed on March 29, and was later impounded by the Egyptian government for refusing to pay a reported $916 million in fees.


Ever Given was later impounded by the Egyptian government for refusing to pay a reported $916 million in fees.


In early July, the ship was released by the Egyptian authorities following an agreement on compensation.


After the Ever Given incident, the SCA has commenced work on a multi-billion dollar project to widen sections of the canal to prevent large ships becoming blocked again.


Express.co.uk has contacted the Suez Canal Authority for comment