The hermit state held a parade to mark its 73rd anniversary, beginning at midnight on Wednesday.


Some of the participants were dressed in orange hazmat suits, with face coverings and breathing apparatus, in an apparent reference to the coronavirus pandemic.


However, observers noted that, unlike on previous parades, no ballistic missiles were on display.


Nor did Kim Jong-un address the crowd, as he has on previous occasions.


This sparked speculation Pyongyang could be ready to recommence negotiations with the United States, which stalled in 2019. 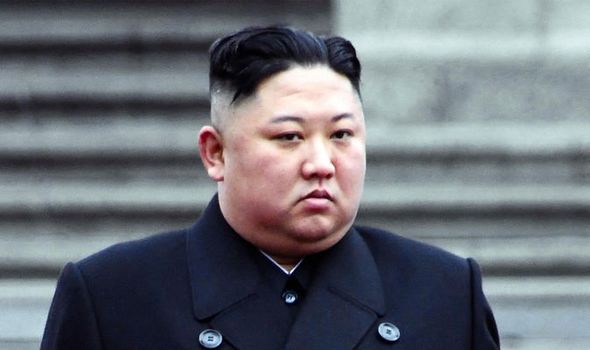 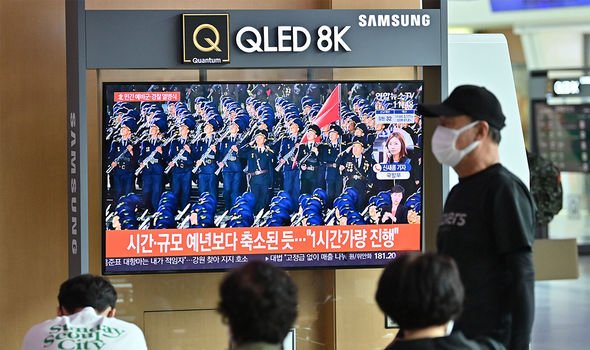 Professor Yang Moo-jin, from the University of North Korean Studies in Seoul, argued the march was aimed at a North Korean audience.

He said: “The parade seems to be strictly designed as a domestic festival aimed at promoting national unity and solidarity of the regime.

“There were no nuclear weapons and Kim didn’t give a message while being there, which could be meant to keep the event low-key and leave room for manoeuvre for future talks with the United States and South Korea.”

Donald Trump met Kim Jong-un three times during his presidency, in a bid to persuade North Korea to give up its nuclear arsenal. 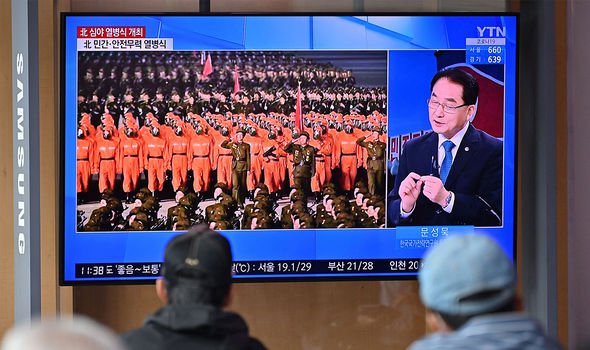 
The two leaders held summits in 2018 and 2019, in Singapore and Hanoi respectively, and also met on the Korean border.


However, no agreement was reached, as the US refused North Korean demands for sanctions relief.


It said: “At the end of the parade, fireworks shot off again and an evening gala of youth and students began at the square. 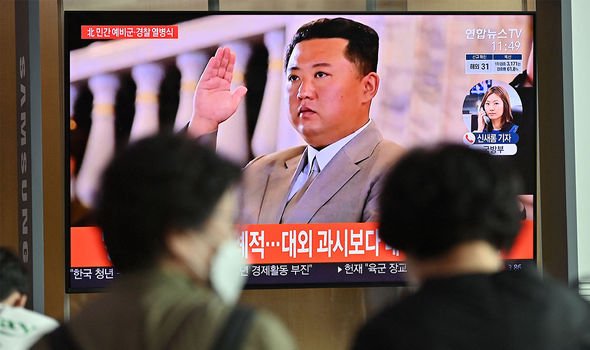 Kim Jong-un at the parade in Pyongyang 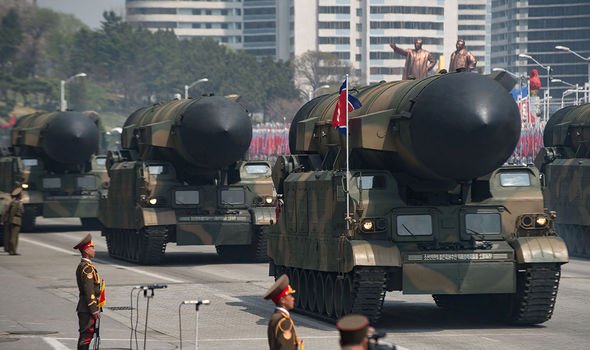 
“All the participants extended the greatest glory and the deepest gratitude to Kim Jong Un, a peerless hero who is fully demonstrating the new era of overall prosperity of the country and our state-first era with his ardent love and self-sacrificing dedication to the country and the people.”


North Korea has been ruled as a communist dictatorship since its creation in 1948.


The country was formed from the part of Korea occupied by Soviet troops at the end of WWII.


The war ended with a ceasefire in July 1953, though the two Koreas technically remain in a state of war. 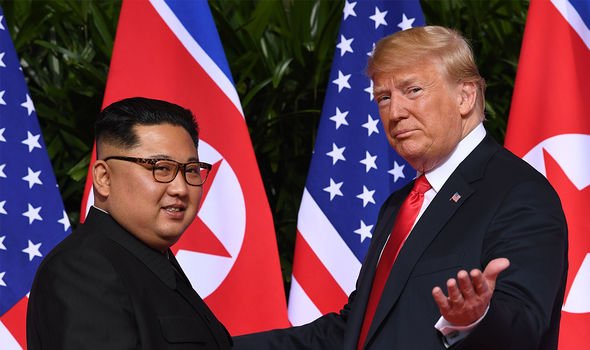 North Korea has spent the past year fighting the coronavirus pandemic.


Whilst it has yet to officially admit to any cases, a number of cities have been forced into lockdown and the border with China closed.


Increased security at the Chinese border resulted in a sharp drop in smuggling, causing food shortages across North Korea.