Beijing is furious USS Benfold, an American destroyer, conducted a freedom of navigation patrol through the South China Sea.

Nearly all the region is claimed by China as its sovereign waters, despite rival bids from several of its neighbours.


Western powers refuse to accept Beijing’s claim, and frequently sent warships through the region to enforce their right to free navigation.


In a statement the US navy said: “USS Benfold demonstrated that Mischief Reef, a low-tide elevation in its natural state, is not entitled to a territorial sea under international law.


“The United States engaged in “normal operations” within 12 nautical miles of Mischief Reef. 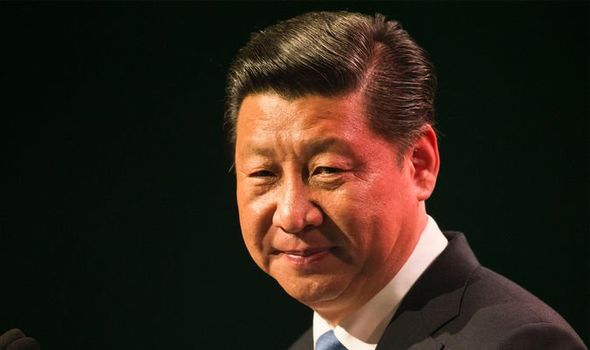 “China will definitely win once there is a war” 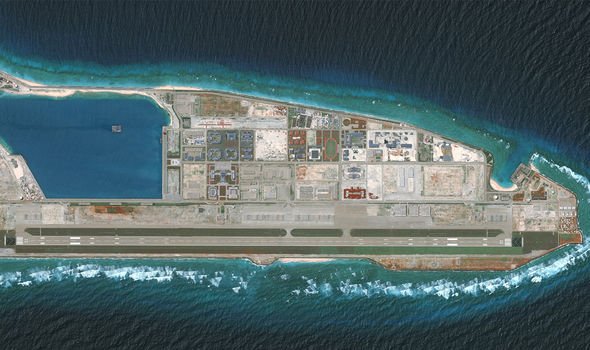 Beijing has been building bases on South China Sea islands

“US forces routinely conduct freedom of navigation assertions throughout the world.

However, the visit sparked a furious response from Beijing.

Global Times, a Chinese Communist Party-controlled publication, accused the US of “naked provocation” and threatened “countermeasures”. 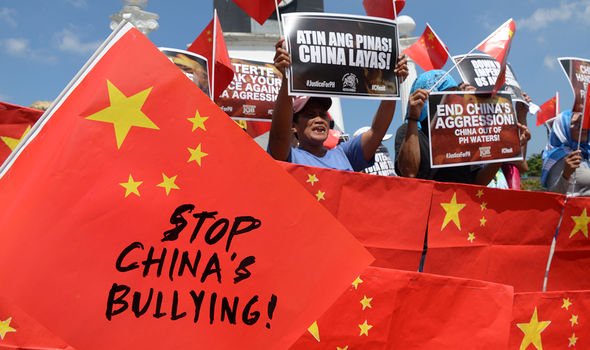 
The newspaper warned the Chinese navy will respond with “reconnaissance operations” targeting US “bases and coastlines”.


It commented: “Only by making the US have a taste of its own medicine can we touch the nerves of the US and its allies, and reshape the Western world’s understanding of US bullying in the South China Sea.


“The US has deliberately provoked disputes in the South China Sea, and it must, in turn, endure the PLA’s [People’s Liberation Army] increasingly strong countermeasures against it.


“The game between the two sides will continue to go to an extreme. The US will definitely see the PLA show up at its doorstep in the not-too-distant future. 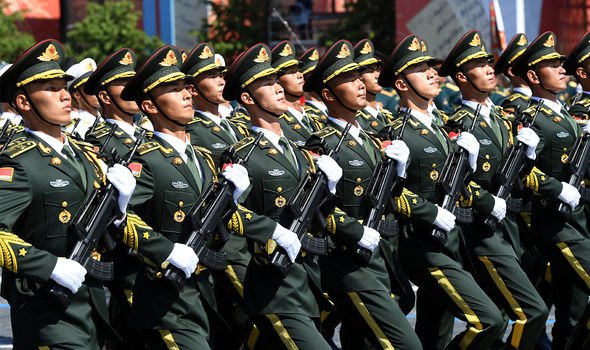 China has been rapidly strengthening its armed forces 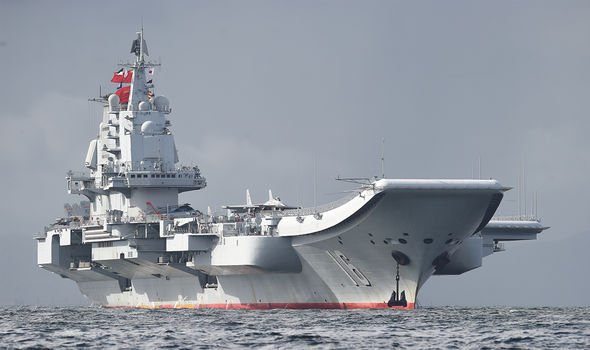 “The US has deliberately provoked disputes in the South China Sea”

“And together with China, the US will face the uncertainty which is increasingly difficult to control – the two sides’ warships and aircraft on the seas will carry huge mutual strategic hostility, and the two countries will not yield to each other.”


The Global Times said if this takes place there “will sooner or later be an incident between China and the US” leading to open conflict.


However, it expressed confidence Beijing will win any war for the South China Sea.


The state-controlled publication said: “While China is competing with the US at sea, it must also make preparations for military frictions when the two sides fail to control their disputes, as well as the possible large-scale military conflicts afterwards.


“Once the situation gets out of control and triggers military clash between China and the US, we must give full play to our home-field advantage.


“China will definitely win once there is a war.”