Less than nine months into his presidency, Joe Biden is struggling to boost his popularity. After starting his first term with a healthy approval rating above 50 percent, the president appears to have fallen out of favour among voters. Here’s how the current president’s approval ratings compare to his predecessors.

Joe Biden cruised to victory last year with more than 81 million Americans voting for him.

This makes him the most popular first-time candidate in US history.

But recent months have been a challenging period for the US president.

The west’s shambolic withdrawal from Afghanistan is a major reason behind Mr Biden’s recent fall from grace. 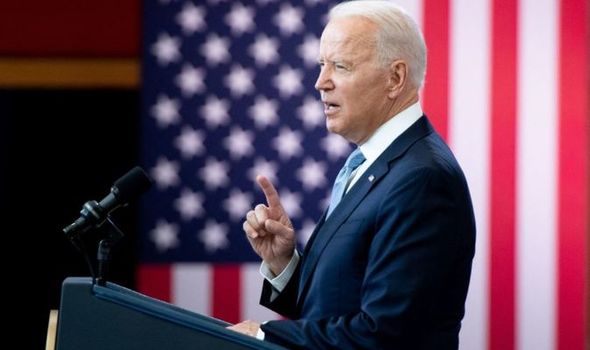 Biden’s approval rating: Less than 9 months into his presidency he is struggling to boost his appeal


The President has also faced criticism over his handling of the delta variant which has emerged in the US.

According to the latest research by pollsters Five Thirty Eight, 49.1 percent of Americans surveyed disapprove of Mr Biden.

While 45 percent said they approved of him.

The numbers who disapprove of the President has leapt up from February. 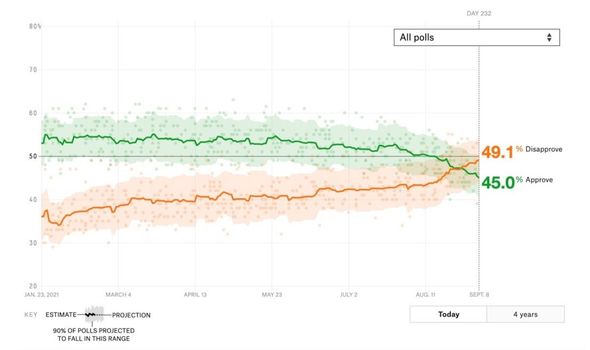 
On February 1 just 34 percent of those polled said they disapproved of Mr Biden.

How does Mr Biden’s popularity compare to former presidents?

At the height of his popularity, George W. Bush’s approval rating soared to 88.4 percent.

While Obama experienced highs of 64.1 percent during his time in office.

Case closed! EU Army ‘will separate Europe from UK and US allies’ 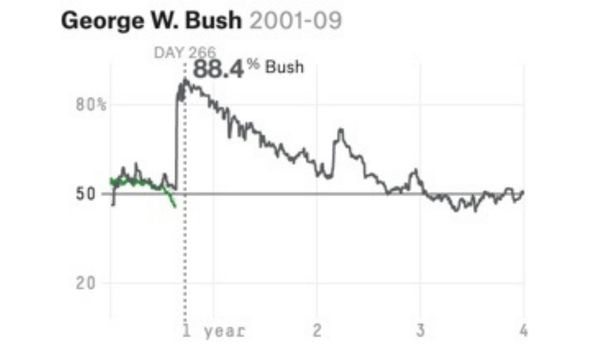 Even Donald Trump at one point had an approval rating of 54.5 percent.

This means that even Joe Biden’s highest approval rating recorded in February fails to come close to the highs of his predecessors Obama, Bush or even Trump.

In fact, according to Five Thirty Eight’s research all the 13 presidents from Harry Truman back in 1945 to Mr Biden’s tenure in office in 2021, have all had higher approval scores than Mr Biden has ever had. 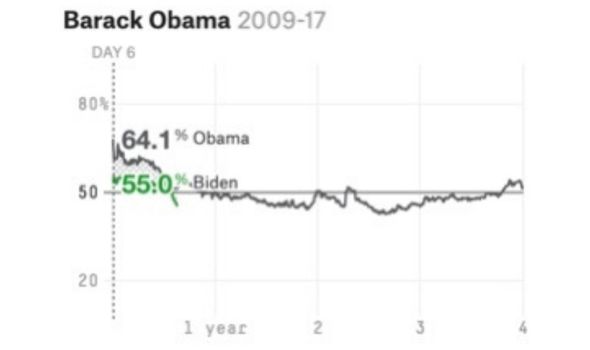 Biden’s approval rating: Obama experienced highs of 64.1% during his time in office

This stands even when Mr Biden was at the height of his popularity when he was first elected earlier this year.

Mr Horwitt told CNBC News: “It is the domestic storm, Covid’s delta wave, that is causing more difficulties at this stage here at home and for President Biden.”

But there could be light at the end of the tunnel for the US President.


His approval score may have taken a knock since the US withdrew from Afghanistan but Larry Sabato, founder and director of the Center for Politics at the University of Virginia, explains this could be temporary.

“I’m not saying Biden will be boosted by it, but I am saying, if he is hurt by it, it will be temporary and this will be replaced by other issues that go to the heart of American life, like the pandemic [and] the economy.”