Iran is ‘ready to attack back’ against Israel says Galloway

A manhunt has been launched in

prisoners managed to dig their way out of one of the country’s most secure prisons. The fugitives are understood to have tunneled through the floor of their cell at Gilboa prison, in the north of Israel, on the border with the West Bank.  The men then crawled through a gap in the prison’s foundations and then dug under the prison’s out walls.

The escapees then made it across a nearby field where farmers spotted them and alerted authorities.

Israel Prison Service officials have described the incident as “a major security and intelligence failure”.

Among those believed to have escaped is a former leader of Hamas’s armed wing – the Al-Aqsa Martyrs’ Brigade and five members of Islamic Jihah.

Palestinian militant groups have praised the jailbreak as “heroic”. 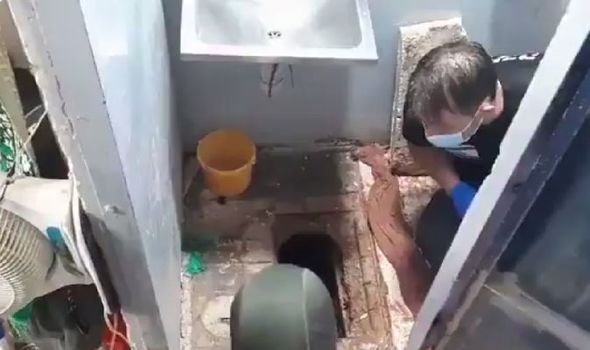 Israeli security personnel inspect the tunnel dug by the inmates


The high-security facility was believed to be one of Israel’s most secure prisons and is nicknamed “The Safe.”

When the headcount was concluded at 04:00 (01:00 GMT), the staff discovered six prisoners were unaccounted for.

The inmates are believed to have used a rusty spoon to dig the escape tunnel, according to The Jerusalem Post.

Biden addresses US after Israel-Palestine ceasefire on May 20th

A “structural flaw” in the prison’s design appears to have left a void underneath the prison which the Palestinians were able to crawl through.

Once they had reached the exterior wall, the gang then proceeded to dig a further tunnel which opened up in the middle of a dirt road outside the prison.

According to the Israeli security agency, Shin Bet, the prisoners had been able to coordinate with helpers outside the prison using a smuggled mobile phone.


A getaway was reportedly on hand to whip the fugitives away following the brazen escape.


Biden sent £1.45trillion warning as solar storm could cripple the US 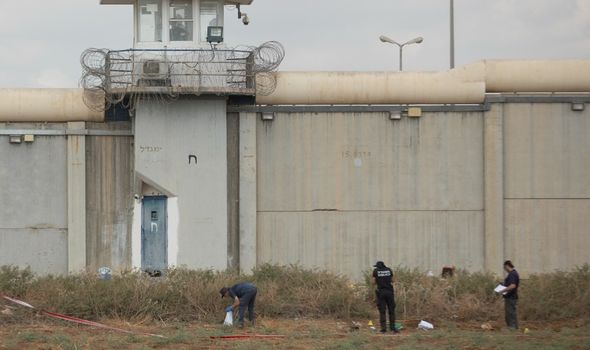 Of the Islamic Jihad members who escaped, four had been serving life sentences for involvement in deadly attacks on Israelis.


Zakaria Zubeidi, the former commander of Fatah’s Al Aqsa Martyrs Brigades, had been captured by Israeli security forces in 2019.

Israeli police and army units have been deployed to the area in an attempt to capture the fugitives.

The escapees are suspected to have fled to either the West Bank or Jordan.