The artwork of the Italian explorer – who paved the way for the European colonisation of America – was damaged during a march last March. It was later withdrawn last October by “the authorities of Mexico City” allegedly for “an examination and possible restoration.”

Now the American city’s mayor Claudia Sheinbaum has decided it will permanently be replaced in the name of “social justice.”

In its place in the popular tourist hotspot of Paseo de la Reforma a sculpture of an “Olmec woman” by Mexican artist Pedro Reyes will stand by next month, it is hoped.

Announcing the decision, Ms Sheinbaum said: “It is precisely indigenous women who have perhaps carried the greatest weight in Mexican history and those who have received the least recognition.”

She branded it an act of “social justice,” as well as the recognition of 500 years of “indigenous resistance” since the conquest of Mexico by European countries. 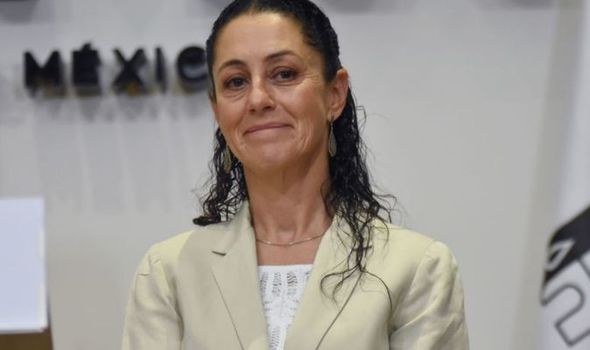 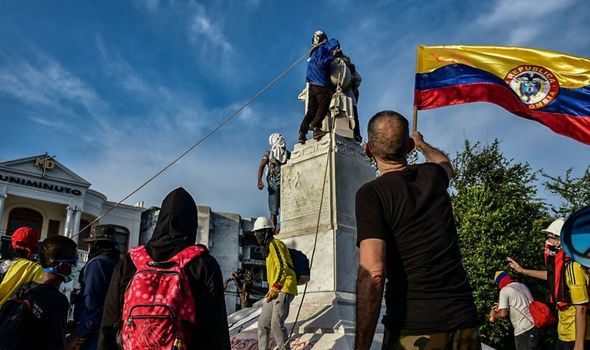 
The statue’s removal came shortly after a call was posted on social media to bring it down, in “tribute to the millions of indigenous people and descendants of Africans slaughtered” after the discovery of America.

“To them we owe … the history of our country, of our fatherland,” she said.

She made the announcement on Sunday, which was International Day of the Indigenous Woman.

The Columbus statue, which has stood for decades, was a significant reference point on the 10-lane road, and the surrounding traffic circle is — so far — named for it. 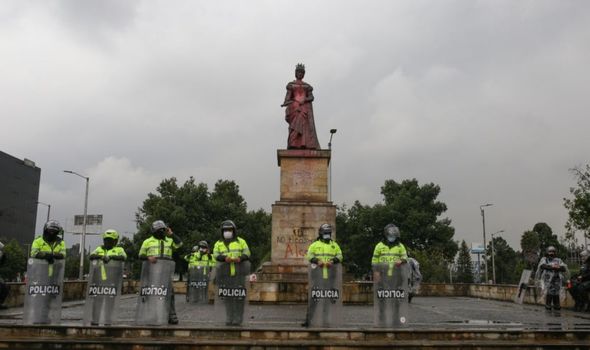 That made it a favourite target of protesters denouncing the European suppression of Mexico’s Indigenous civilisations.

It was removed last year supposedly for restoration, shortly before October 12, which Americans know as Columbus Day.

Mexicans call it the “Dia de la Raza,” or “Day of the Race” because it is the anniversary of Columbus’ arrival in the Americas in 1492. 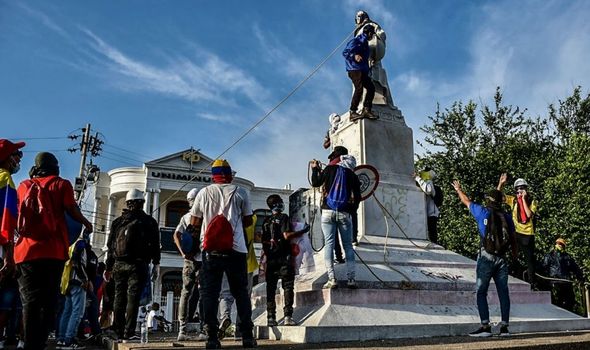 
Speaking at the time, President Andrés Manuel López Obrador said: “It is a date that is very controversial and lends itself to conflicting ideas and political conflicts.”

This year is the 700th anniversary of the founding of Tenochtitlan — what is now Mexico City. 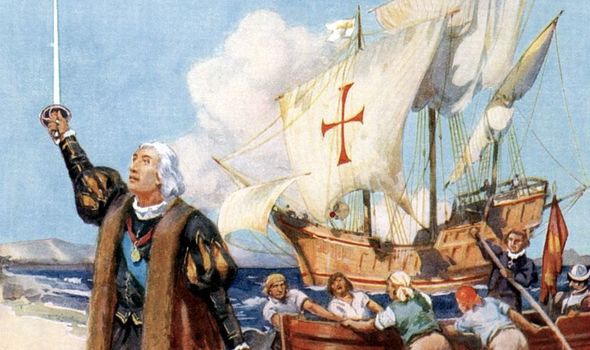 A picture of Christopher Columbus arriving in America

Most Mexicans have some indigenous ancestry and are aware millions of Indigenous people died from violence and disease during and after the conquest.

Ms SheInbaum said the new statue, called “Tlali,” might be ready near the date of Dia de la Raza this year.