is showing the documentary, “9/11: Life Under Attack” ahead of the anniversary of the September 11

attacks on the World Trade Center in New York in 2001. The programme uses never-before-seen footage of one of the darkest days in America’s history to shed new light on the tragedy. The personal stories of members of the public who witnessed the attacks unfold provide fresh insight about what it was like to be there on 9/11.

One enduring image of the attacks is the moment that then-US President George W Bush is told that the country is under attack.

In famous footage of the moment, Mr Bush can be seen reading to first-grade students at a school in Florida.

He is already aware that a plane has crashed into one of the Twin Towers of the World Trade Center, but his team assumed it was an accident.

The reading session is then interrupted as the President is informed that the second of the towers has also been hit by a plane.

Then-Vice President Dick Cheney’s response to 9/11 is perhaps less well-known than that of Mr Bush.

Sven-Goran Eriksson’s huge row with Alex Ferguson: ‘I will kill you’ 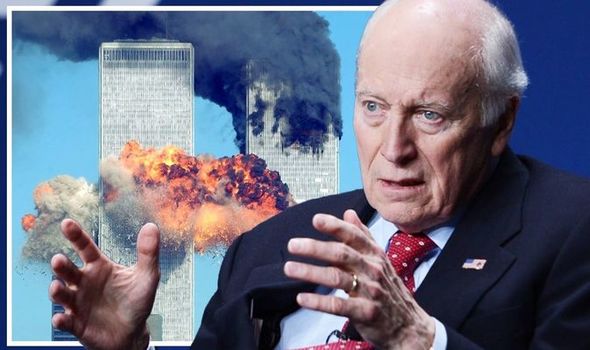 9/11 plane was ordered to be shot down by Vice President Dick Cheney: ‘Take it out’ 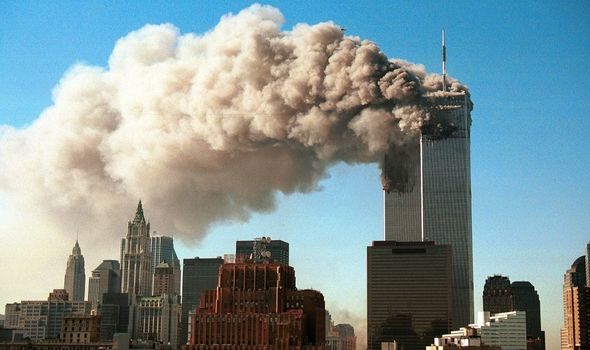 Unearthed accounts of the conversations between Mr Cheney and his aides reveal that he asked Mr Bush for authorisation to shoot down the hijacked planes.

The Vice President was in his office when Secret Service agents barged in and told him he would have to leave instantly.

Mr Cheney wrote in his autobiography 10 years later that one “put one hand on my belt and another on my shoulder and propelled me out of my office.”

He was later ushered into the Presidential Emergency Operations Center with other senior White House officials.

Assistant to the President for National Security Affairs Condoleezza Rice was among those present. 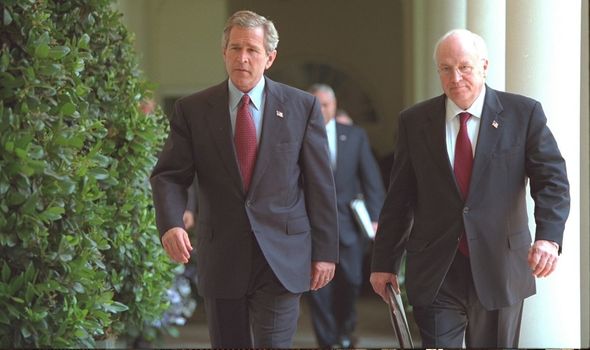 Mr Cheney later said their mission had been to “preventing further attacks” and “guaranteeing the continuity of a functioning United States government”.

He asked Mr Bush for authorisation to shoot down any plane suspected of carrying out further attacks, knowing that Americans could be onboard.

Karl Rove, Mr Bush’s senior adviser, was party to Mr Cheney’s request and recalled it for the book.

He said: “He said ‘yes’, then there was a pause as he listened. Then another ‘yes’. 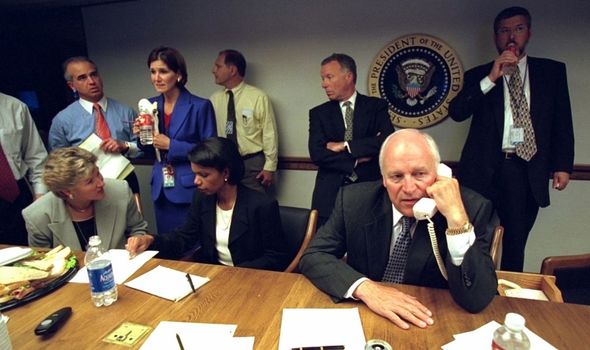 Dick Cheney: In emergency room on 9/11

“You had an unreal sense of time that whole day. I don’t know whether it was 10 seconds or two minutes.

“Then he said, ‘You have my authorisation’. Then he listened for a while longer. He closed off the conversation.

“He turned to us and said that he had just authorised the shoot-down of hijacked airliners.”

Mr Cheney also admitted requesting the order in his own book.

He wrote: “At about 10:15, a uniformed military aide came into the room to tell me that a plane, believed hijacked, was eighty miles out and headed for D.C. 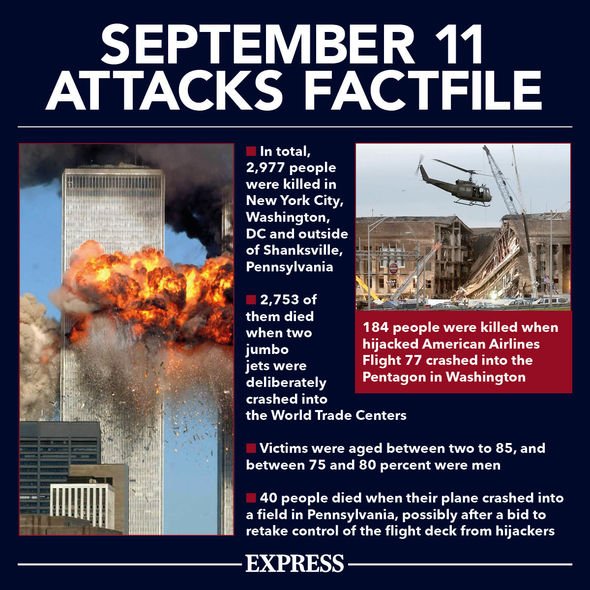 “He asked me whether our combat air patrol had authority to engage the aircraft. Did our fighter pilots have authority, in other words, to shoot down an American commercial airliner believed to have been hijacked?

“‘Yes’ I said without hesitation. A moment later he was back. ‘Mr. Vice President, it’s sixty miles out. Do they have authorisation to engage?’ Again, yes.”

The Vice President was also told that there was a plane only five miles from the White House and told military staff: “If it looks threatening, take it out.”