Mr Leonard Barry Weller survived by using a piece of grass as a straw to drink from puddles as temperatures in the area soared to 35C. His wife, Tawee Leonard, became worried that something may have happened to him when he failed to return from a journey on his motorbike. On Wednesday the 72-year-old had ridden a motorcycle to visit friends but became lost in the dense woodland in northeastern

The incident began when Mr Weller parked his motorcycle and decided to walk up a hill but then forgot the direction back to the road.

After becoming lost he said that his initial plan was to “just kept on moving forward”.

He climbed a tree to try to view a route out but was battered by a monsoon storm.

The Briton’s plight was made worse because of the storm with fears he might have become lost in the deluge. 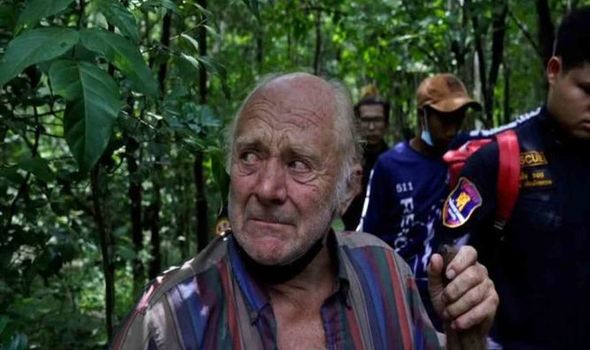 
He added: “It was getting dark so I made a leaf bed to sleep on.

“When I was thirsty I drank rainwater from rock crevices. 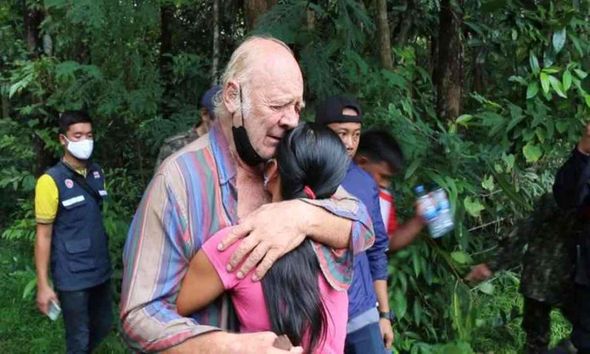 Mr Leonard embraces his wife after they were reunited

Tawee became worried that something may have happened to the retiree after he failed to return the next day and had not communicated his whereabouts with her.

When Mr Leonard finally got back to his wife he said: “I’m wonderfully happy.

“I’ve never been so happy in my life. 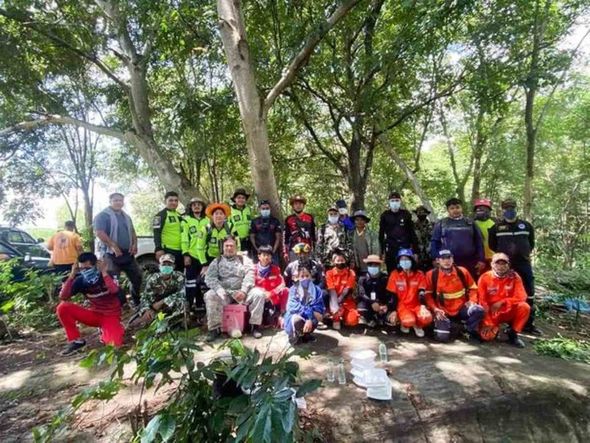 The rescue team that was dispatched to find Mr Weller

“I just admire the work that these people are doing, it makes me cry.

Speaking to Thailand’s News Channel 7 the man’s wife Tawee said: “My husband and I have been living together for three years.

“He likes to travel alone to different places but he always comes home at the end of the day.

“The day he went missing, my husband said that he was taking the motorcycle with him to see the beautiful scenery of the sugarcane fields and paddy fields.

“I became worried when my husband was not home at midnight so I asked for help from the police station.”