Armed undercover officers were tailing the 32-year-old as he walked into a supermarket. He then lashed out at random with a long-bladed knife as screaming shoppers fled for their lives. Witnesses described scenes of “mass hysteria” with victims lying on the floor and trails of blood. Three of the six victims are fighting for their lives.

A video of the bloodbath at the New Lynn centre in Auckland, New Zealand, which happened in the early hours of yesterday, UK time, include people shouting “We’ve been stabbed!” before shots from the police surveillance squad ring out.

It emerged the knifeman was a Sri Lankan-born, extremist inspired by the Islamic State and deemed one of New Zealand’s most-dangerous men.

He had been under surveillance since 2016 and was recently freed from jail. New Zealand prime minister Jacinda Ardern said despite his record and threats to slaughter “Kiwi scum”, there was not enough evidence to charge the man, known only as S, with an offence. 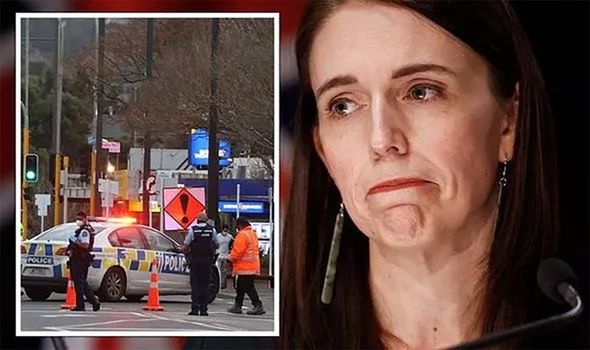 
She said: “He was known to our national security agencies, was of concern and was being monitored constantly. There are very few people that fall into this category.

“The reason he was in the community is because within the law we could not put him anywhere else. His past behaviour was, within the threshold of the law, not enough to put him in prison.” 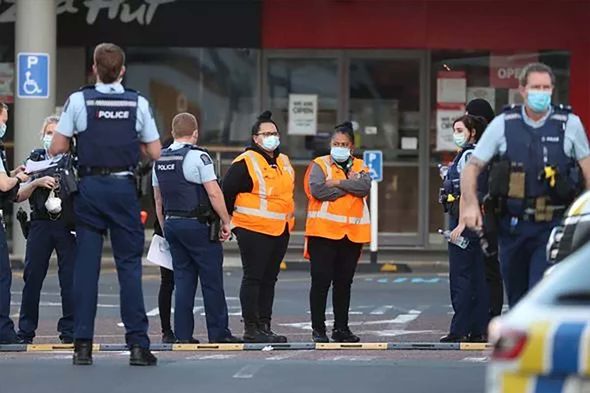 There was heavy police presence at the scene

S was previously arrested for planning a knife attack and was tried earlier this year for possessing terrorist propaganda.

Images emerged of him posing with guns and his internet history showed searches for videos on how to make explosives, lone attacks, IS garb, camouflage clothing and hunting knives.

During his trial he said: “You are worried about one knife. I am telling you, I will buy 10 knives. It’s about my rights.”

British-born jihadist Sudesh Amman, 20, who stabbed and wounded two people in Streatham, south London, last February, was shot dead by police who were tailing him after his release from jail.