would provide a gateway into global markets. He said: “China is our principal partner and for us represents a fundamental and extraordinary opportunity because it’s ready to invest in and reconstruct our country.

“We hold in high regard the One Belt One Road project that will serve to revive the ancient Silk Road.

“Beyond that, we have rich copper mines which thanks to the Chinese can be brought back into production and modernised.

“China represents our passport towards the markets of the whole world.”

His remarks show how the diplomatic tide is turning for Afghanistan, which is now almost fully under Taliban control. 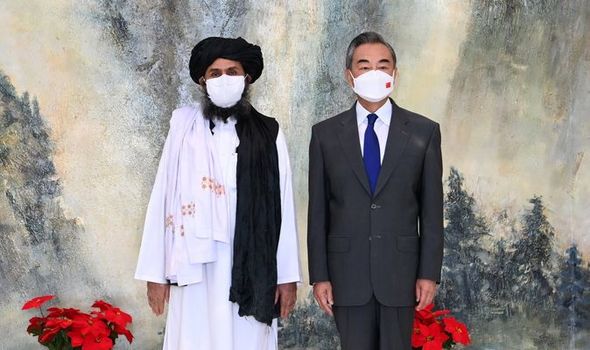 China and the Taliban met earlier this year to discuss relations

Shortly after the capital fell to the Taliban, a spokesperson for China’s foreign ministry said Beijing is “ready to develop good-neighbourliness and friendly cooperation” with Afghanistan.

The strangely warm relationship has been brewing for some time, with a Taliban delegation visiting China in July, meeting Wang Yi, the foreign minister, in Tianjin for talks.

In light of the takeover, China has been one of the few countries not to evacuate its Kabul embassy.

The Taliban have now completed their takeover of Kabul


Why are China and the Taliban allies?

China’s relationship with the Taliban goes back several years and has several different strands.

On one hand, China has been repeatedly accused of human rights abuses of Uyghur Muslims in the country, not just by the western powers but by the huge Islamic powers of the Middle East.

Afghanistan, a Muslim majority country under the Taliban, has harboured terrorists such as Al Qaeda and ISIS for a number of years, and Beijing is likely attempting to prevent future terrorist attacks happening in China.

The move makes “perfect sense” for Beijing, according to Rodger Baker, senior vice president of strategic analysis at Stratfor.

He told CNBC: “We’ve seen around the world — the Chinese are perfectly willing to deal with any side that’s in a country, so long as that side agrees to keep China’s interests.”

This includes keeping the country stable enough so China’s Belt and Road infrastructure projects will not be interfered with.

The Taliban has said it would “never allow any force to use the Afghan territory to engage in acts detrimental to China.” 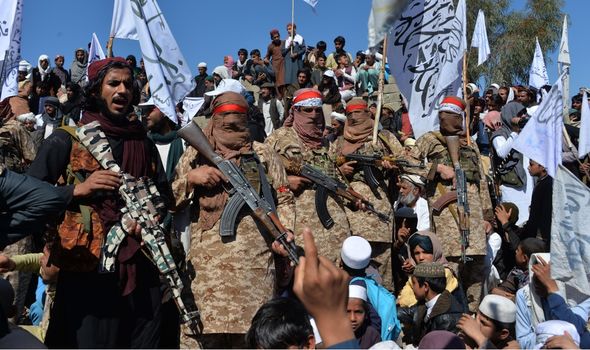 The Taliban have seized leftover weapons from the US

China has laid the groundwork and made preparations to work with the Taliban, but it’s now difficult to predict whether Beijing will formally recognise them as the Afghan Government – a move other countries like the UK are refusing to make.

Dominic Raab, the Foreign Secretary, has declared that Britain “will not be recognising the Taliban any time in the foreseeable future”.

Mr Raab acknowledged there was “important scope for engagement and dialogue”, but warned that acceptance of the new Afghan regime as a legitimate government was some way off.

China is likely to seek assurances from the militant group that nothing untoward will happen, especially considering the two countries share a border until concrete relationships are established.

The Taliban has pledged peace within the country and with other countries in a press conference last week – but what happens next remains to be seen.