A global supply crunch is threatening to derail

, Siemens AG and Volkswagen are all reporting a lack of supply of materials from the most basic wooden pallets to memory chips.

Thomas Nuernberger, managing director of sales at Mulfingen, Germany-based EBM Papst, a maker of industrial fans, told Bloomberg: “In my career we haven’t had a situation with so many commodities being scarce at the same time, and I’ve been dealing with the same materials since 1996.

“This is the most difficult situation in the global supply chain I’ve witnessed.”

He added: “I count on growth being delayed until 2023, because even in 2022 we will still have problems with semiconductors and the container shipping turmoil will also last well into 2022.”

According to Bloomberg Economics, German factories were still operating around 7 percent below their pre-pandemic level as of June, with automakers and machinery manufacturers particularly lagging behind. 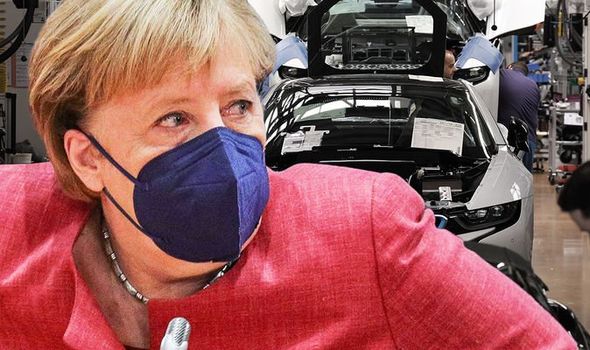 Clemens Fuest, president of the Munich-based Ifo institute said: “Things are actually getting worse rather than better.”

Siemens CEO Roland Busch also warned last month that the global semiconductor shortage and the rising cost of materials would risk delaying a recovery “well into 2022”.

Volkswagen CEO Herbert Diess told Bloomberg TV that his company, Europe’s largest automaker, was “going to see some hits in the third quarter because production now is really constrained”.

Eurozone on alert as inflation rockets to near-decade high

“We anticipate the industrial sector to start contributing positively to growth from 3Q.

“True enough, advances are likely to be gradual and bumpy, but as services continue to respond swiftly to the reopening, the impact on growth should be small.”

Benchmark German bond yields rose to the highest in over five weeks on Tuesday after a higher-than-expected inflation reading and an ECB policymaker called on the bank to reduce its emergency bond purchases as soon as the next quarter.

Robert Holzmann, governor of Austria’s central bank, said the bank was in a situation where it could think about reducing buying and added he expected the issue to be discussed at the bank’s policy meeting next week.


Angela Merkel’s legacy in tatters ‘Lost touch’ with her people 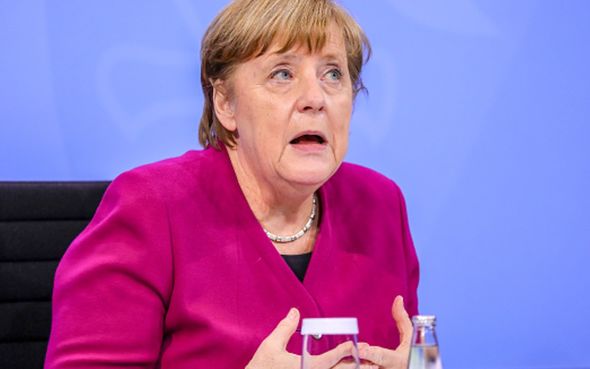 Germany’s firms are warning shortages could last until 2022


Bank of France governor Francois Villeroy de Galhau had also struck a more hawkish tone on Monday when he said the ECB should take into account the recent improvement in financing conditions when discussing the future of the pandemic purchases.

Holzmann’s call to start tapering bond purchases followed data showing eurozone inflation increased to 3 percent year-on-year in August, the highest in a decade, far above the European Central Bank’s 2 percent target and a 2.7 percent forecast by a Reuters poll.

Core inflation, a narrower reading that strips out volatile food and energy costs, also rose to 1.6 percent, compared to expectations for a 1.4 percent rise.

“Holzmann definitely accelerated the move higher in yields but it started earlier in the day and continued afterwards.

Inflation was a factor, although I would argue that the immediate policy implications are limited,” Antoine Bouvet, senior rates strategist at ING, said.