Russian President Vladimir Putin has led his country from some form of high office since 1999. Over the last 22 years, he has split his premiership between Russia’s top positions while retaining a high approval rate. But polling suggests the country’s latest bout of Covid cases has taken its toll on his popularity.

At present, Mr Putin’s approval rate is 61 percent, his lowest since 2020.

The last time it dropped so low was in July 2020, when Russia extended its first lockdown.

Just 59 percent of Russians approved of the President at the time, compared to 33 percent who disapproved.

Although it has recovered recently and sustained around the mid-60 percent range, Mr Putin’s rate has steadily fallen since June this year. 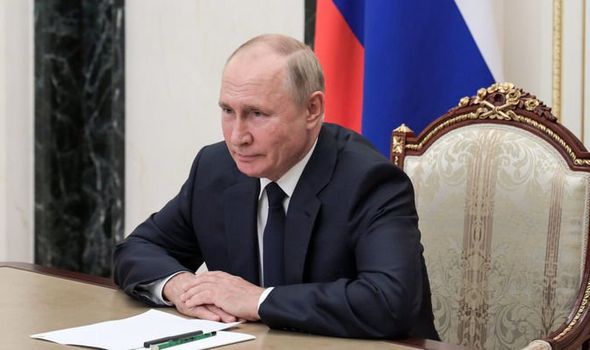 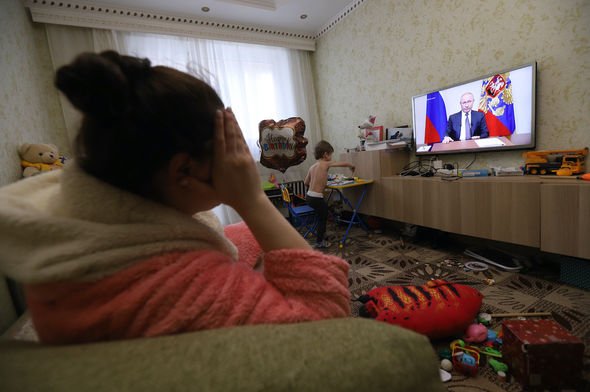 When Covid rules eased in May, inflation in Russia started to rise.

By July – when his ratings had slumped to 64 percent – Russia was in the throes of another Covid wave.

Rosstat attributed 38,992 to the disease that month, with cases peaking at nearly 55,000 per day. 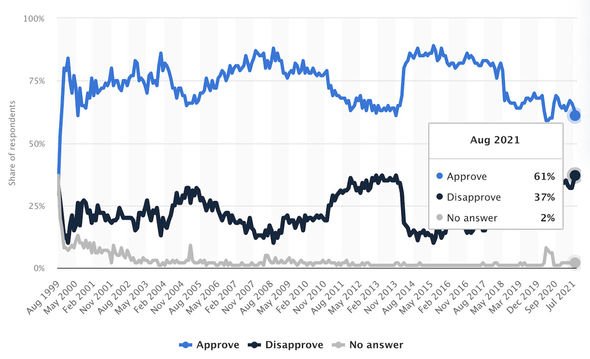 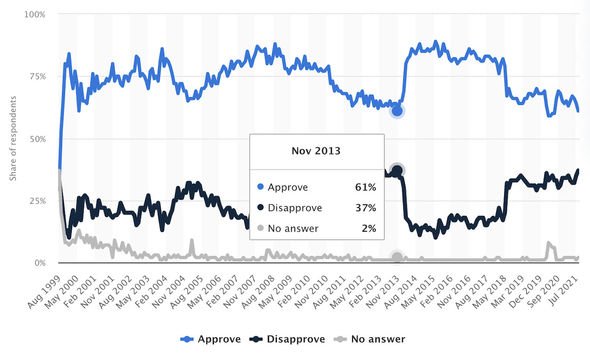 
The seven-day average now sits at 18,707, but Russians have not warmed to Mr Putin any further.

Disapproval has hit an all-time high, according to Statista, which puts his overall rate at 37 percent.

The number is the lowest of his entire career as premier, only reaching this level once previously in November 2013.

Statista reported the results after quizzing Russians in partnership with Moscow-based firm the Levada Centre.


West’s SURRENDER to the Taliban will reap a terror whirlwind 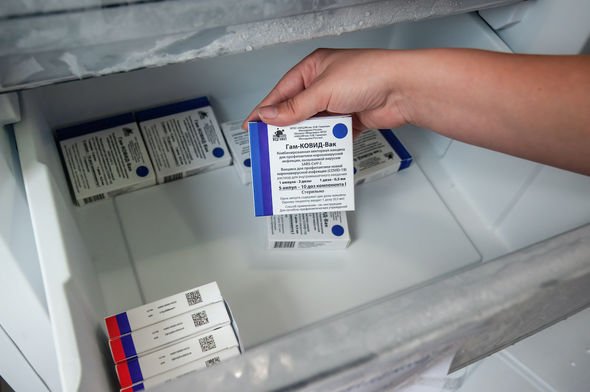 These results come as Russia struggles to deliver vaccinations to its general population.

Recent data shows that as of mid-August, less than a quarter of Russia’s 146 million-strong population has received at least one dose of the vaccine.

In total, this means fewer than 36.5 million people have minimum protection from the virus.

Only 30 percent of people (around 43.8 million) have had both doses.

Russia has developed its own vaccine – Sputnik V – which has shown considerable success at beating back the virus.

A paper published on the medRxiv server on August 25 showed it has helped prevent severe infection from the Delta variant.

The study of 14,000 people confirmed it reduced the risk of hospitalisation by 81 percent.

The paper found the vaccine also reduces the chances of “severe lung injury”.