from its safe to travel list today, less than three months after the country was added. Now travellers from the US who have not been vaccinated may face new restrictions meaning they would be unable to visit Europe for non-essential reasons.

While part of the reason the US has been removed from the white list of countries open for travel is the rising cases, the lack of concessions for EU citizens have also contributed to the move.

The US has seen COVID-19 cases rise rapidly in recent weeks, with 339 infections per 100,000 people reported in the last seven days.

This is more than quadruple Brussels’ threshold for countries to be added to the white list, which requires them to be below 75 cases per 100,000.

Also removed from the list in the EU’s latest update were Israel, Kosovo, Lebanon, Montenegro and North Macedonia. 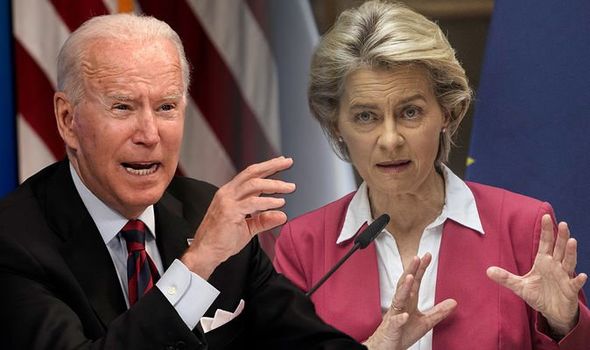 Countries in the Bloc don’t have to adhere to these recommendations, with many setting their own travel restrictions.

An EU diplomat said of the US being removed from the travel list: “The decision is primarily because of the worsening Covid infection situation in the US but Washington’s decision to keep restrictions for Europeans all summer has made taking it all that much easier.”

Frustrations have been growing for Brussels after the US did not ease any rules for Europeans travelling to America.

White House Press Secretary Jen Psaki has said the US is in the midst of setting out its international travel policy. 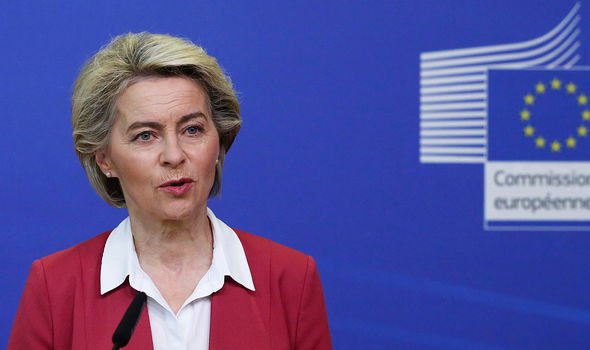 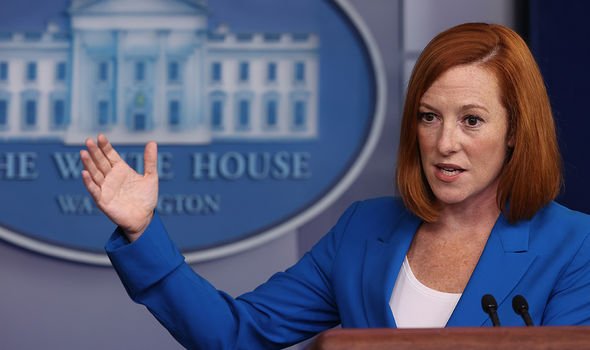 
Current restrictions state anyone travelling to the United States aged two and over requires proof of a negative Covid test taken within three days of travel.

Travellers cannot enter or transit the USA if they have been in the UK, Ireland, Schengen zone, Iran, Brazil, China, or South Africa within the past 14 days.

At the start of August, European Commission President Ursula von der Leyen urged the US to lift its travel ban.

She argued the state of the virus in both the EU and the US were “very similar”.


Heathrow airport chaos as many passengers queue for ‘five hours’


Jane McDonald shares key advice ahead of cruise in India


Travellers ‘cheating’ to enter countries during the pandemic

Ms von der Leyen added the situation between the US and EU would not “drag on for weeks”.

An EU official told Politico Ms Johansson “emphasized that the EU position is and has been that there should be reciprocity.”

However, the Biden administration has been reluctant to permit travel. 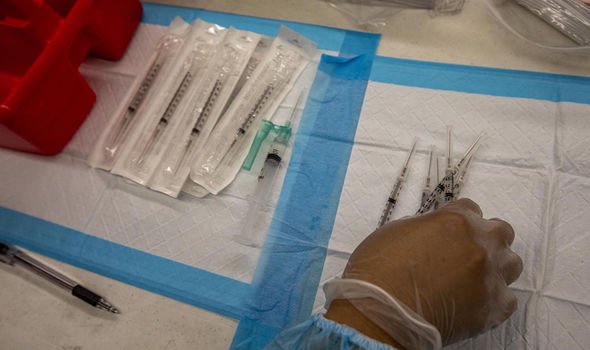 Anthony Fauci, chief medical adviser to the White House is calling on Americans to get their vaccine

The current surge in cases in the US is due to the highly transmissible Delta variant of the virus, which has rapidly infected unvaccinated Americans.

Anthony Fauci, the chief medical adviser to the White House, told CNN: “What is going on now is both entirely predictable, but entirely preventable.

“And we have the wherewithal with vaccines to turn this around.

“We could turn this around and we could do it efficiently and quickly if we just get those people vaccinated.”

America’s vaccination rates are well below that of the EU, with just 52 percent of Americans fully vaccinated.

This compares to 60 percent of the population being fully vaccinated in Germany and 63 percent in the UK.

Despite the spread of the Delta variant, many Americans seem to be reluctant to get vaccinated.

Claire Hannan, executive director of the Association of Immunization Managers told The New York Times: “We have swaths of populations in counties who are healthy Americans, over 60, who are not vaccinated.

“These people are at extreme risk, and they don’t realize it.”