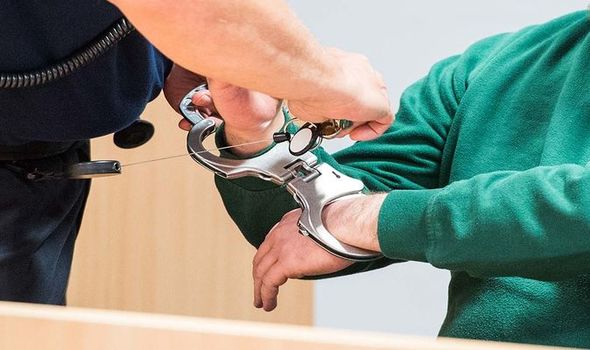 The inmate, who is now 40-years-old and never finished high school, has been in a prison near Seattle for the past nine years.

Havens has ended up using his cell time to master an ancient mathematics problem.

reported that the convicted murder couldn’t find a job after dropping out of school and this led to him become a drug addict.

During his time in prison, Christopher found a passion for the subject and learnt basic higher mathematics from his prison room. He is allowed to have mathematics textbooks sent to him, but, in return, he has to teach his fellow inmates the skills he has learnt.

From his cell, Christopher sent a handwritten letter to a mathematics publisher for some issues of the ‘Annals of Mathematics’ to see if he could challenge himself.

His letter was read and responded to with a mathematics professor called Umberto Cerruti from Turin, sending him a problem to solve to test his abilities.

Umberto received an answer in the post which was a 47-inch-long piece of paper with a long formula handwritten on it.

The inmate had used only a pen and paper to solve the number theory, involving ‘continued fractions’, and, to Cerruti’s surprise, Havens had answered it correctly. Not only that but the problem was one that Cerruti had been trying to solve for some time.


What are continued fractions?

Continued fractions aren’t used for simple maths though. They often solve the approximation problems with which one approaches a result in complex calculations.

They are a pretty big deal and the theory is used in modern cryptography which is used in things like banking, finance and military communications.

Havens cracked the maths puzzle and, for someone who hadn’t finished school, found regulations in the approximation of a large class of numbers, which is very impressive. It resulted in him and Cerutti finishing a scholarly publication.