has been called out on TalkRADIO after the US President was spotted glancing at his watch during a solemn ceremony for the 13 US military personal killed in Kabul. The bodies of the fallen soldiers were brought home from

Delaware, where President Biden and the first lady were waiting to pay their respects. However, Mr Biden sparked outrage by appearing to check the time as the flag-draped coffins were being unloaded.

Host Mike Graham told TalkRADIO: “Even watching Biden yesterday has the coffins were being removed from the plane.

“Covered in the stars and stripes, the star-spangled banner, the very solemn situation.

“He is looking at his watch!

“And you go what is wrong with you.” 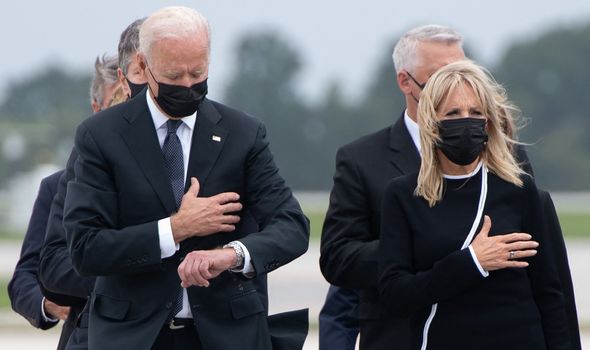 Joe Biden accused of ‘looking at his watch’ at memorial ceremony 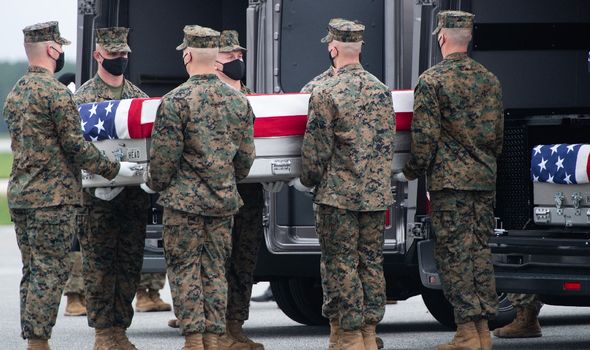 “That tells you everything,” said the former advisor to Donald Trump,

“When I saw that I immediately posted, and that tells you..this man…there is a black, black hole where his soul should be,” he told TalkRADIO.

“To welcome back those who died for our nation in coffins draped in our flag.”

slammed a lack of leadership from the United States, which he declared was faced with ”


three and a half further years of sharp American decline.”

Mr Gardiner told Sky News Australia: “We are going to be looking a three and a half further years of sharp American decline.

“And I also think this is the moment when Brexit Britain has to step up to the plate and asset stronger leadership on the world stage. 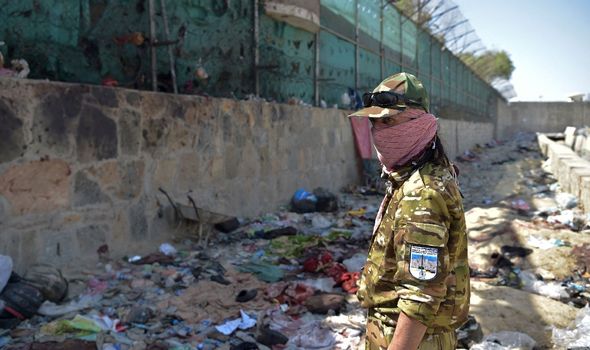 “Because it won’t be coming from Joe Biden.

“I mean Joe Biden is an absolutely weak-kneed figure who simply cannot lead the free world.”

He added: “I think Britain in the Brexit era can be a resurgent world power.

“But it has got to have the vision and the confidence to do so, it is got to have the right economic policies as well to doand Britain has to reject any kind of big government-style socialist thinking and instead support free-market policies.”