Hurricane Ida batters Louisiana as it makes landfall across US

New Orleans marked the 16th anniversary of the devastating Hurricane Katrina, that hit in 2005 with 125mph winds and killed 1,800 people. And this weekend, the area was hit by another natural disaster as

Ida made landfall near Port Fourchon early on Sunday afternoon.

The storm had become a category 4 hurricane with winds of 150mph before striking land, making it even more powerful than the hurricane that hit the region all those years ago.

But one more striking similarity between the two storms is the bizarre effect landfall made on the Mississippi River, as experts say the storm actually stopped its flow.

In fact, the storm was so powerful it even caused the 2,320 miles river to reverse – something the US Geological Survey (

The agency’s gauge at Belle Chasse, south of New Orleans, detected the bizarre change at about midday on Sunday, while a US Army Corps of Engineers spokesman confirmed engineers detected a “negative flow” as a result of the storm surge.

Joe Biden calls for REVENGE on ISIS-K after Kabul attack 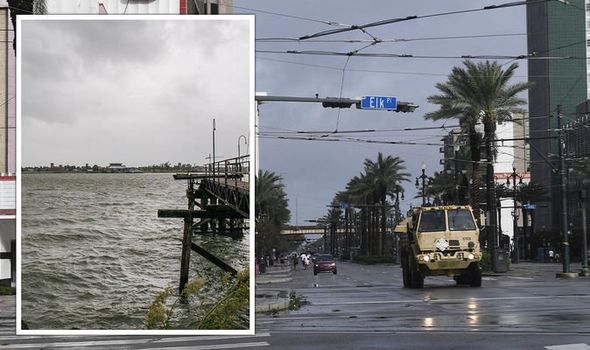 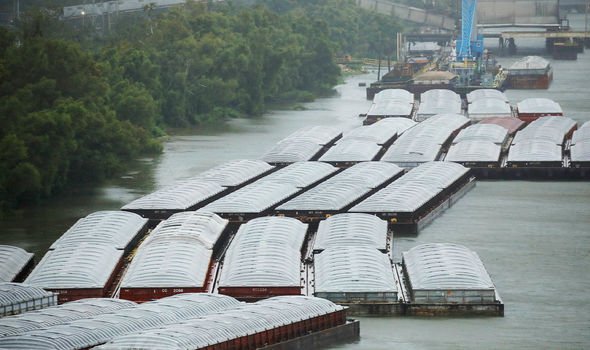 Hurricane Ida: The Mississippi River rose by some 7 feet

The hurricane also caused the river level to rise by about seven feet, the USGS added.

While the flow slowed “from about 2 feet per second down to about half a foot per second in the other direction”, according to Scott Perrien from the USGS Lower Mississippi Gulf Water Science Center.

He told CNN: “The river is feeling the effects of the storm over a large area. All the way up to Baton Rouge the river has risen 1.5 feet in the past 12 hours as the surge pushes up the river.

“And the water level will likely rise more in the coming hours here in Baton Rouge.” 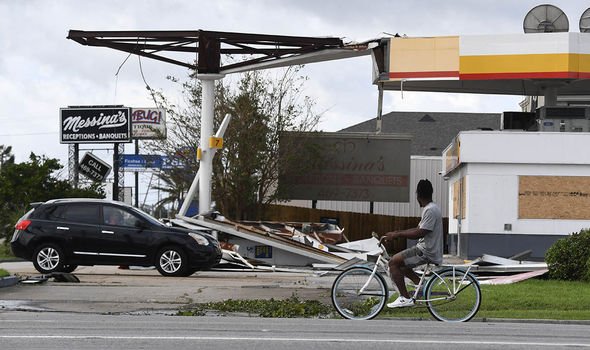 Hurricane Ida: The 150mph winds whipped up destruction in Louisiana 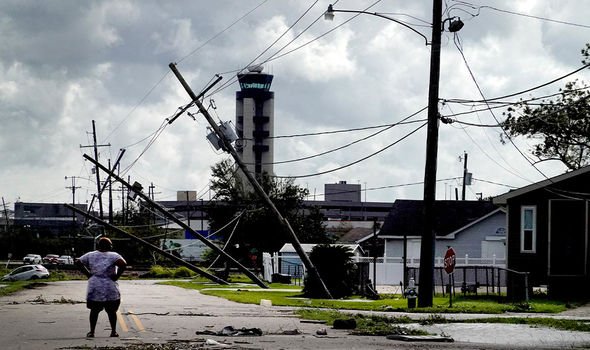 
Prior to Ida making landfall, the river had a discharge rate of 300,000 cubic feet per second.

But once the storm hit, the Mississippi was flowing at 40,000 cubic feet – and up river.

The gauge only measures one section of the river, however, so it is possible that deeper sections did not reverse flow.

But the recordings did show the river, which normally measures 8-10 feet, rose to more than 16 foot.

The bizarre incident bears a striking resemblance to the 2005 Hurricane Katrina, when a similar occurrence happened.

Mr Perrien added: “I remember, off hand, that there was some flow reversal of the Mississippi River during Hurricane Katrina, but it is extremely uncommon.”

The River also began to flow backwards during Hurricane Isaac in 2012.