has announced his intention to run in the French presidential election, which is scheduled for next year. But before Mr Barnier has the chance to stand for election, he will need to win the endorsement of his party, Les Républicains.

Michel Barnier told the TF1 new show last week: “In these grave times, I have the determination to stand … and be the president of a France that is reconciled, to respect the French people and see that France is respected.”

Les Républicains still needs to decide whether it will hold a primary this autumn, so Mr Barnier is not currently the party’s candidate.

But even if Mr Barnier does go on to represent his party as a presidential candidate, polls suggest other politicians are currently courting more support. 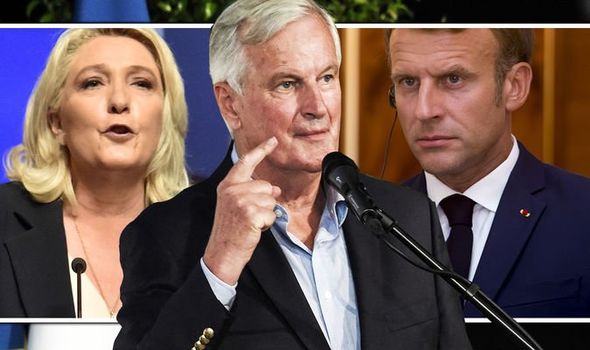 France election: Why the French are failing to fall for Michel Barnier’s charms 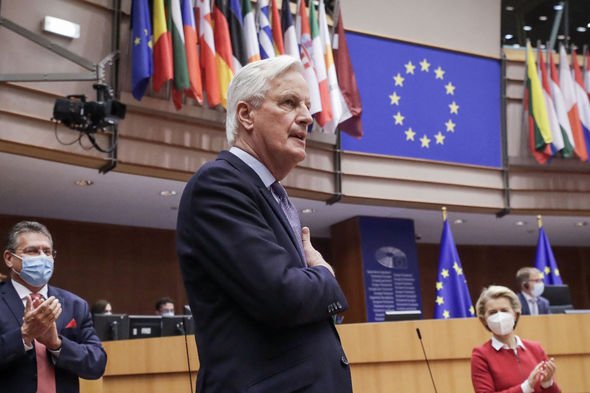 EuropeElects shared an Ipsos poll for Libres! of 2,000 people this month, which found that 53 percent of people would definitely vote in the election next year.

Presented with several scenarios with different right-wing candidates, the poll found that Mr Barnier would get 11 percent of votes.

Among the mainstream centre-right candidates, Xavier Bertrand currently has the highest poll ratings. 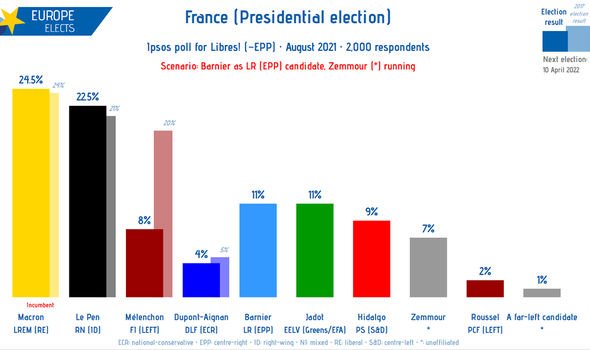 EuropeElects shared an Ipsos poll for Libres! of 2,000 people this month 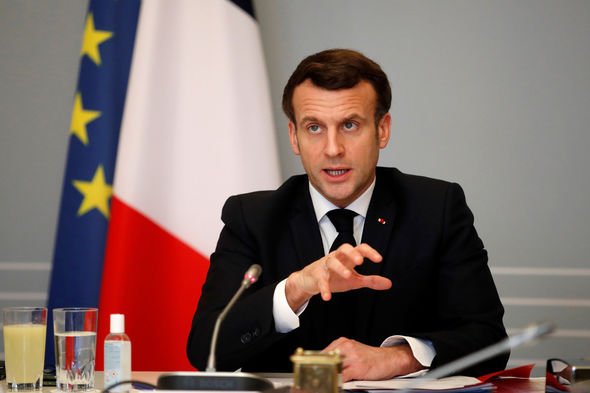 The same poll found Mr Bertrand would get 15 percent of the vote, while Valérie Pécresse of Soyons Libres would get 14 percent.

Although the election is several months away, Emmanuel Macron of La République En Marche! and Marine Le Pen of the far-right Rassemblement National are leading in the polls.

Politico Poll of Polls for the French presidential election 2022 shows Mr Macron has 24 percent of support. 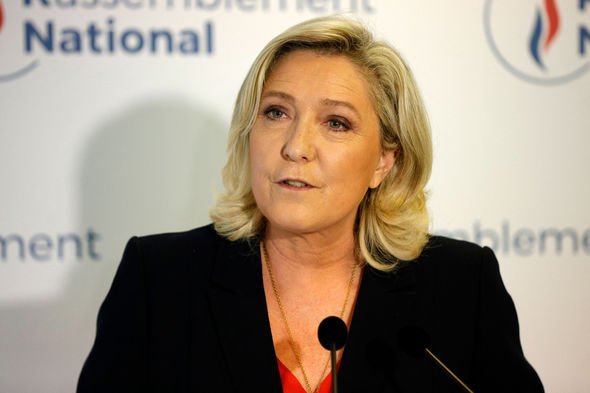 Ms Le Pen also has 24 percent of support in the latest poll, meaning Mr Macron could face strong competition in his bid for another presidential term.

But in Politico’s poll for second-round votes, it appears Mr Macron is leading to win.

In the 2017 French presidential election, Mr Macron secured 24 percent of first-round votes, but Ms Le Pen was close behind with 21.3 percent.

But Mr Macron managed to secure victory in the second round of voting, with 66.1 percent of the vote compared to Ms Le Pen’s 33.9 percent.

Mr Barnier is an experienced politician who has had a long career in French and European politics.

Before serving as a Brexit negotiator for the European Union, Mr Barnier was a foreign minister in France.

Mr Macron could face a challenge if Mr Barnier runs, as he could attract support from the pro-Europe and centre-right voters in France.