appeared on his evening

show and asked viewers what they thought about President

and his ability to lead the US and the free world. Mr Farage was concerned for the health of Mr Biden as he shared several clips of the US head of state stumbling through press conferences and making other gaffes. The former Brexit Party leader believes Mr Biden is not fit for office and sympathised with him as he had doubt over his health.

Speaking on GB News, Mr Farage shared a montage of clips of Mr Biden struggling through interviews and press conferences as he questioned his ability to govern.

The first clip showed Mr Biden during a presidential town hall event in July where he was seen “rambling” whether there was a man on the moon as he discussed the vaccine.

Mr Biden, who is noted for having a stutter, appeared to be addressing anti-vaccine concerns as he tried to make a point about how would children know if there has been a man on the moon if all they talk to is children.

The president was trying to make the analogy to explain why anti-vaxxers believe what they do because they all congregate together.

Mr Farage roared: “I mean, what was that all about, I know it was some form of English but goodness gracious me you need an interpreter to get through it. 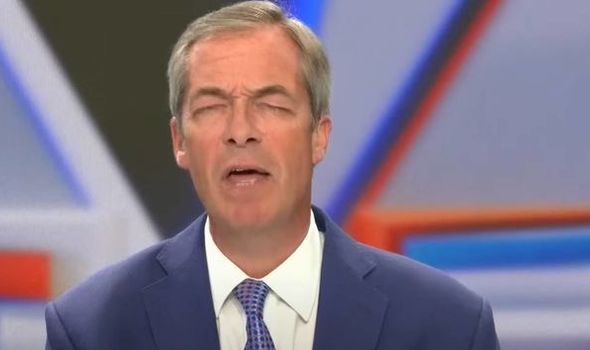 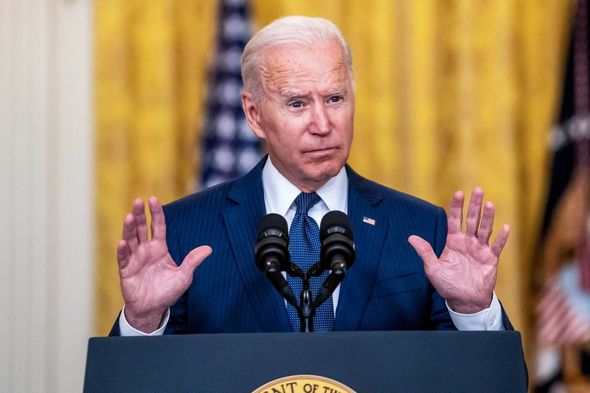 Critics of Joe Biden have questioned his ability to govern

“I mean he was not coherent in any way in that answer and that was back in July, now have a look at Joe Biden, giving a press conference in the immediate aftermath of the fall of Kabul to the Taliban.”

The next clip showed Mr Biden storming off from a press conference as he refused to take questions from reporters who were in attendance.

Mr Farage added: “So that was that, Kabul has fallen, it is a disaster at every level and he doesn’t take a single question from the press.

“Why? Because his aides, those controlling him, don’t think he’s capable of answering them.”

Another video showed Mr Biden being interviewed by ABC’s George Stephanopoulos where the president was grilled over the deaths at Kabul Airport.

At the time of publishing, the suicide bomber attack had not happened but several Afghans fell to their deaths when they held onto the side of a plane which Mr Biden brushed off and said it happened “four or five days ago”.

Civilians, including a teenage girl, were crushed in the pandemonium outside the airport with Mr Biden saying no one had died since the US troops landed to help with the evacuation.

Finally, Mr Farage concluded with a clip of Mr Biden reading from a list during a press conference that had approved reporters on it. 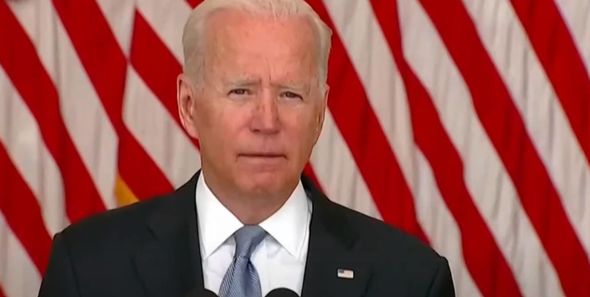 Joe Biden has been victim of a series of embarrassing gaffes

The GB News presented added: “Yep, he’s not capable, as President of the United States of America.

“He can’t even chair a press conference, only pet journalists are allowed to ask questions in a certain order.

“Cognitive decline is not a funny thing, many people see it in their own families and it’s horrible.

“I wouldn’t wish it on anybody, but we’re talking about a man here who isn’t just the President of the United States of America, he is the leader of the free world and it’s my contention that he’s not fit for office.”