With support from the British military, Mr Farthing managed to get 150 dogs and cats out of Afghanistan on a chartered flight.

However he was forced to leave his Afghan staff behind.


Mr Farthing was one of the last Britons to be transported from Kabul international airport, with the UK evacuation now complete.


More than 15,000 people, both British nationals and Afghan allies, were rescued.


However Vice Admiral Key, chief of joint operations, admitted some have “been unsuccessful in evacuation”.


He said the Taliban deadline of August 31 prevented Britain evacuating some of those “who had helped us so wonderfully and courageously over the last 20 years”.


The decision to rescue Mr Farthing’s animals, while many people were unable to escape, caused outrage in some quarters. 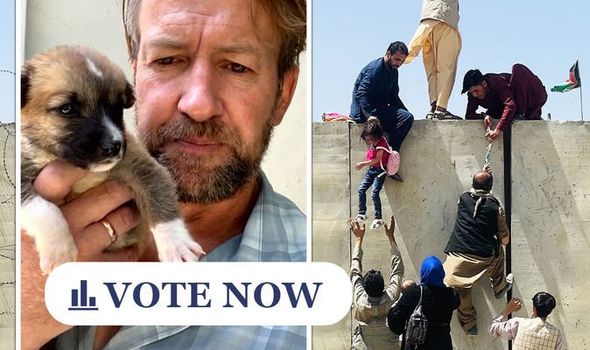 Was MoD right to rescue pets from Kabul? 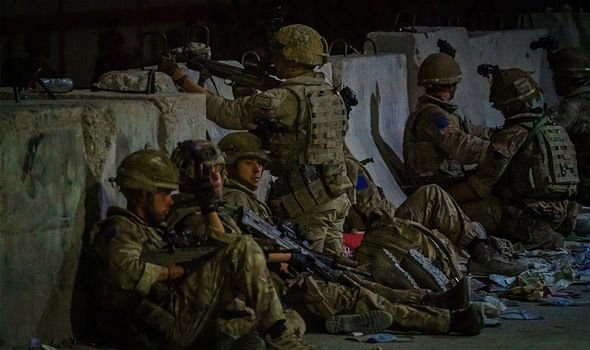 Speaking to LBC Radio Tom Tugendhat MP, a former soldier, said: “The difficulty is getting people into and out of the airport.

“We’ve just used a lot of troops to get in 200 dogs, meanwhile my interpreter’s family is likely to be killed.

“As one interpreter asked me a few days ago, ‘Why is my five-year-old worth less than a dog?’ I didn’t have an answer.”

Ben Wallace, the Defence Secretary, previously complained about how much time was being spent on the case of Mr Farthing’s animals.

He said it had “taken up too much time of my senior commanders dealing with this issue when they should be focused on dealing with the humanitarian crisis”.

Now, Express.co.uk is asking readers: Was it right for Pen Farthing’s pets to be rescued from Afghanistan with humans still stranded?

Dog heard saying ‘Where are you going?’ to owner becomes viral video 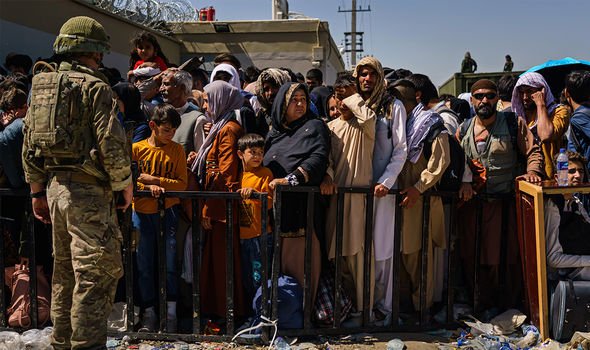 Thousands have been trying to escape via Kabul airport


Explaining why her husband was forced to leave without his Afghan staff she said: “I know Pen had a very hard choice.


“He faced that same choice when he was inside the airport with his staff and their families on Thursday and the animals and the staff were not allowed through.


“So, he went back to the compound to ensure everyone was safe and to discuss with them what to do. 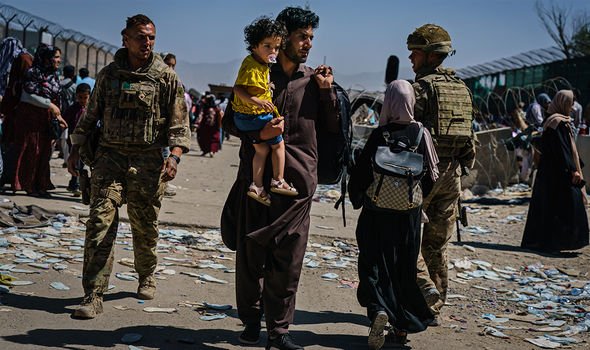 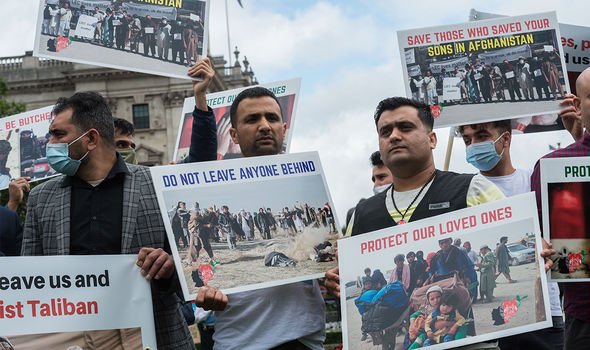 A protest in London calling for Afghan interpreters to be rescued

“They decided he should go to the airport again with the dogs.


“He was devastated to leave his staff but knew that by removing both the dogs and himself he would remove two big risk factors.”


On Thursday at least 182 people, including three Britons, were killed when an ISIS-K suicide bomber targeted Kabul airport.


The attack killed 13 American military personnel, the first US troops to die in the country since February 2020. 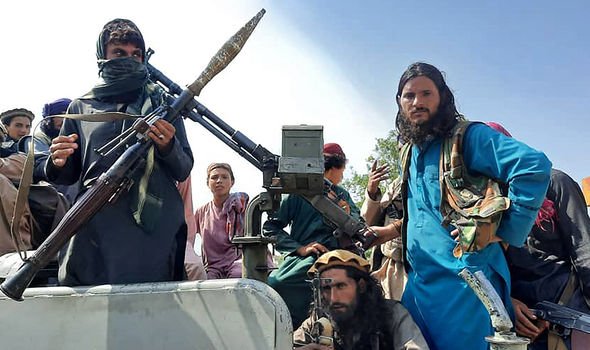 The Taliban seized Kabul on August 15

On August 27 the US targeted three suspected ISIS-K organisers in Nangarhar Province with an airstrike.


He commented: “Some of the pictures that have come back in the last few days have painted a really good impression of just how desperate and difficult those conditions have been in the last few weeks.


“They have been sleeping in rough conditions, eating off ration packs and their sole motivation has been to help as many of the Afghans and British entitled personnel as they possibly could.”