. He said he was “not going to answer on Afghanistan now” before he abruptly left the press conference stage. The tense exchange took place during the US President’s visit to the headquarters of the Federal Emergency Management Agency (FEMA) as Hurricane Ida makes landfall.

President Biden used the press conference to detail his government’s preparation for the hurricane.

He warned that the storm is “life-threatening” and that the devastation is “likely to be immense”.

Mr Biden added it could take weeks for some places to get power back, saying his government was “planning for the worst”.

Then, after his remarks, he said: “I’m not supposed to take any questions, but go ahead.”

A reporter asked: “On Afghanistan, is there still….” 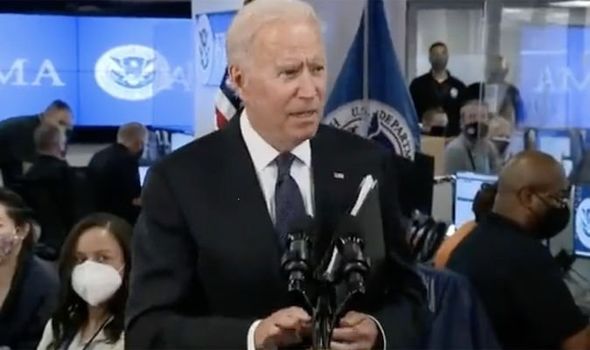 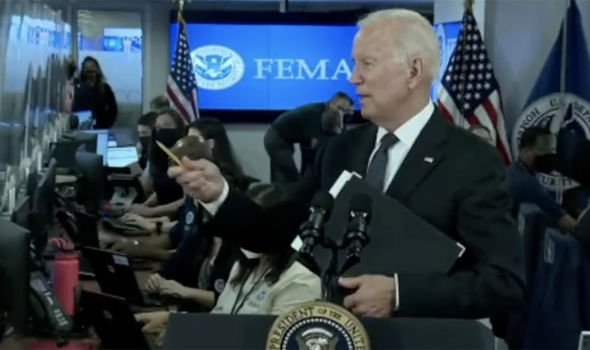 However, President Biden cut off the reporter before the end of the question, saying: “I’m not going to answer on Afghanistan now.”

He then stormed out off the stage and out of the live camera view.

A social media account sharing the exchange tweeted: “Biden immediately states he doesn’t want to talk about Afghanistan and walks away.

“13 US troops were killed after a chaotic situation Biden caused.”

Ronny Jackson, a Republican congressman from Texas, tweeted: “Biden has NO CLUE what’s going on. 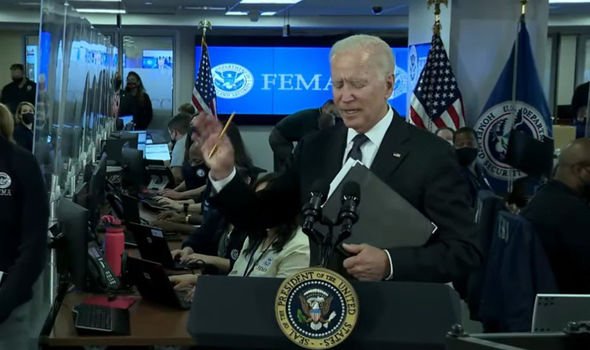 Others said that “Biden owes those families answers.”

Some viewers picked up on his remark that he was “not supposed to take any questions”.

One viewer responded: “I’d really love to know who is in charge of the country. This is ridiculous.”

Others compared it to President Biden’s recent claim that he was “instructed” to call on reporters from a list at a press conference following the Kabul airport attack. 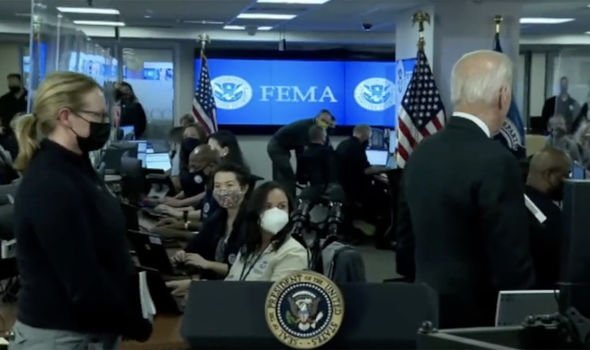 Earlier today, the president attended a solemn ceremony in Delaware for the repatriation of the bodies of the 13 US troops who died in the ISIS attack.

He was joined by his wife, First Lady Jill Biden, at Dover Air Force Base for the “dignified transfer” of the US service members.

In a statement on Saturday, Mr Biden paid tribute to the service members as “heroes who made the ultimate sacrifice in service of our highest American ideals and while saving the lives of others”.

The father of one of the slain troops, Marine L/cpl Kareem Nikoui, blamed

Biden for his son’s death.

Steve Nikoui said: “They sent my son over there as a paper pusher then had the Taliban providing security. Biden turned his back on him. That’s it.”

Secretary of State Anthony Blinken responded: “If I were in his shoes, probably I’d feel exactly the same way.

“There are no words that anyone can say to assuage the grief that a parent is feeling at the loss of their child.”