An Afghan vendor set up a stall selling

flags outside the walls of the US’ evacuated embassy in Kabul today. Footage of the vendor selling the Taliban flags marks a new humiliating blow for US President

. One viewer simply responded: “This is what the word humiliation looks like in a video.”

The US scrambled to evacuated its Kabul embassy last week after the Taliban seized control of the Afghan capital.

In the rush out of the embassy, staffers were ordered to destroy important papers and desktop computers before they leave.

Staffers from the embassy reported being jostled, hit, spat on and cursed at by Taliban fighters at checkpoints near the airport, according to a State Department diplomatic cable obtained by NBC News.

According to the Washington Post, the Taliban have since requested that the US keep a diplomatic presence in Afghanistan beyond the August 31 deadline for the withdrawal of military forces. 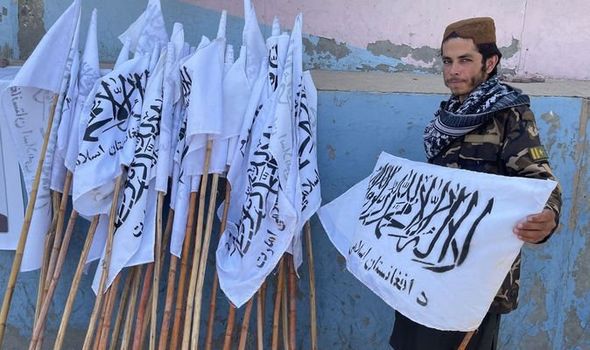 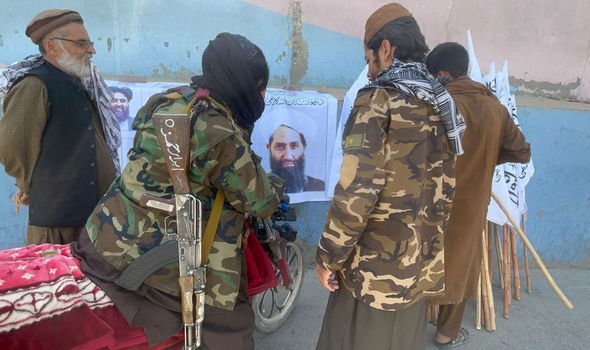 The US scrambled to evacuated its Kabul embassy last week

This could see the US reopening its shuttered embassy in Kabul, according to a person familiar with the discussions.

Thousands of people have been evacuated so far from the country, but President Biden has faced criticism for the chaos that has ensued at the Kabul airport.

This comes as the death toll from yesterday’s Kabul airport attack increased to 170.

A powerful bomb blast struck the perimeter of the city’s Hamid Karzai International Airport at around 6pm local time on Thursday.

Jeremy Vine: US military has inadvertently armed the Taliban 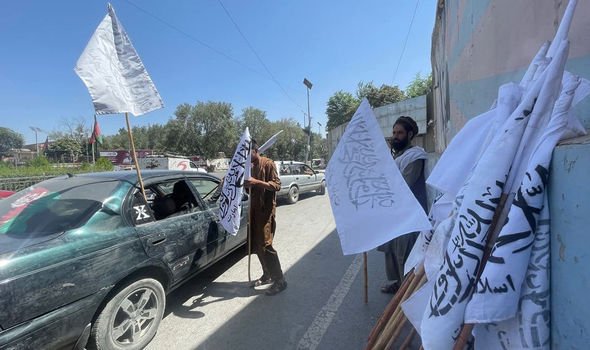 UK Foreign Secretary Dominic Raab said that he was “deeply saddened” at the news of the deaths.

The single explosion from a suicide bomber struck the Abbey Gate as civilians queued in the hope of boarding flights out of the country. 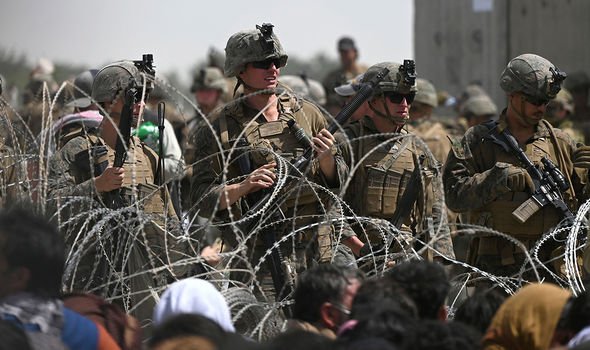 IS-K, a local branch of the Islamic State group, has claimed responsibility for carrying out the attack.

The BBC described the IS-K as “the most extreme and violent of all the jihadist militant groups in Afghanistan”.

The terror group recruits defecting members of the Afghan Taliban who don’t see their own organisation “as extreme enough”.

Pentagon spokesman John Kirby warned today that the US military is prepared for additional attacks from the group.