Mr Farthing launched a campaign earlier this month to get around 200 cats and dogs, as well as the staff working for his Nowzad Dogs charity, out of Kabul after the Taliban take over. The ex-Royal Marine’s operation has been branded as “Operation Ark,” after he chartered a $500,000 plane to land at Kabul Airport in order to fly his staff and the rescue animals out of the Afghan capital. However, Mr Farthing claimed issues with the paperwork have prevented his flight from leaving.

The defence secretary, Mr Wallace, has now taken to Twitter to address the claims that the MoD is trying to block the flight.

He wrote: “Let’s get some facts out there: One. No one, at any stage has blocked a flight.

“This is a total myth and is being peddled around as if that is why the pet evacuation hasn’t taken place.

“Two. I never said I would not facilitate. I said no one would get to queue jump.” 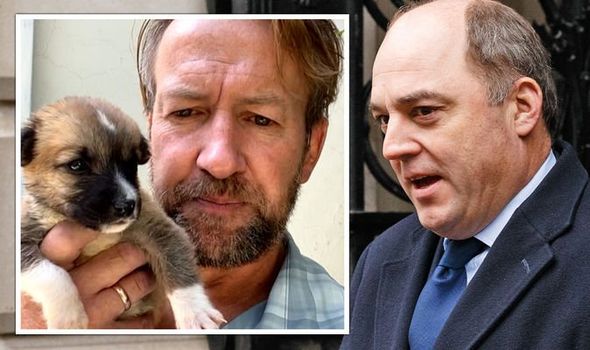 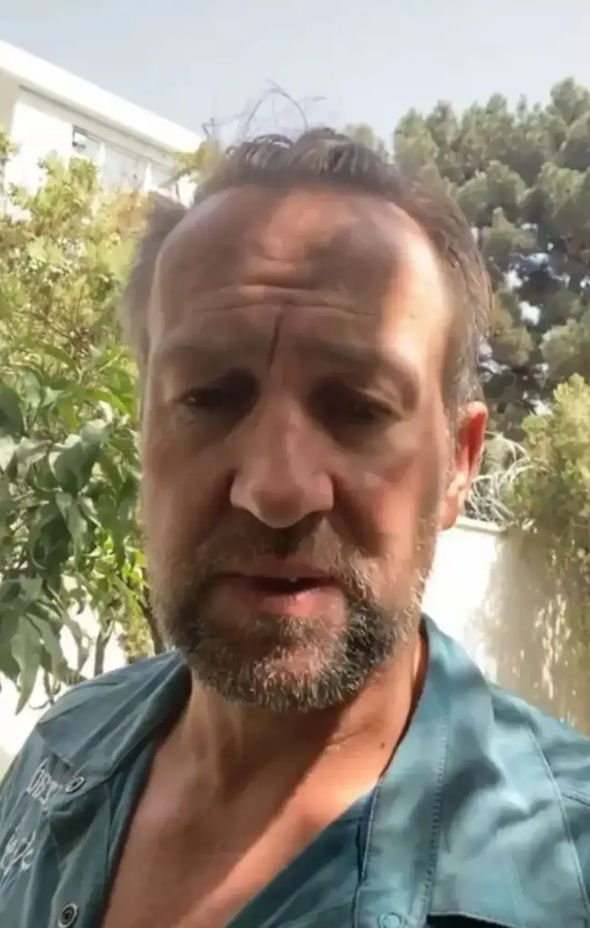 Mr Farthing launched a campaign earlier this month to evacuate his staff and animals.


Mr Wallace continued: “Three. The issue, as those desperate people waiting outside the gates know too well, has always been getting processed through the entrances. It can take over 24hrs.

“There is no point turning up with a plane until the passengers / pets are airside.”

“Four. As people were processed ARAP, LOTR etc they were called forward. Once processed and on the airfield they are marshalled on to a plane.

“As I have said we will facilitate at all stages but the priority will be people not pets.”

Should Pen Farthing’s animals be rescued from Afghanistan over humans? 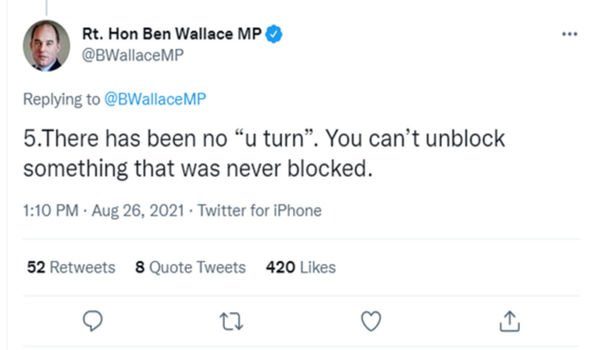 The defence secretary added: “Five. There has been no ‘u turn’. You can’t unblock something that was never blocked.

“6. The bullying, falsehoods and threatening behaviour by some towards our MoD personnel and advisors is unacceptable and a shameful way to treat people trying to help the evacuation.

“They do their cause no good.

“7. So can people now please let my civil servants and military get on with dealing with one of the most dangerous and challenging evacuations for a generation. 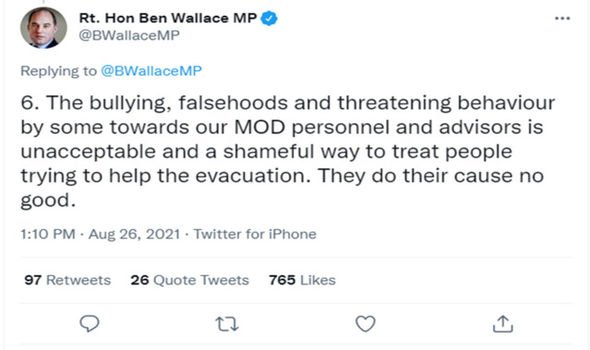 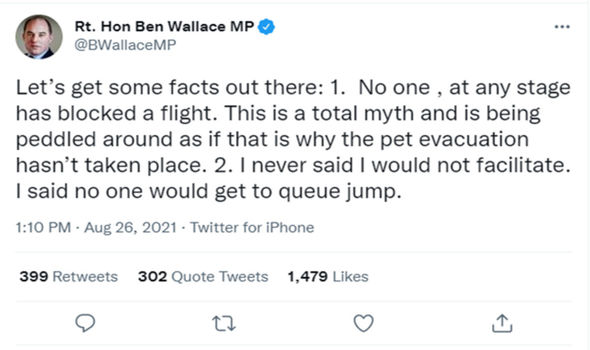 Mr Wallace also claimed there has been no ‘U-turn’.

“As professionals they will do their best for all those eligible and with my full support.”

On Tuesday, Mr Wallace stated that if Mr Farthing, his staff and his animals could make it to the airport he will “seek a slot for his plane”.

The defence secretary said: “Now that Pen Farthing’s staff have been cleared to come forward under LOTR I have authorised MoD to facilitate their processing alongside all other eligible personnel at HKIA.

“At that stage, if he arrives with his animals we will seek a slot for his plane.

“If he does not have his animals with him he and his staff can board an RAF flight.

“I have been consistent all along, ensuring those most at risk are processed first and that the limiting factor has been flow THROUGH to airside NOT airplane capacity.

“No one has the right in this humanitarian crisis to jump the queue.”

He said: “Mr Wallace, I never asked you to prioritise pets over people. At no point have I ever said that, whatsoever.

“We got a flight and we’ve said, we will wait – you’ve just got to give us this call sign so we can actually get it in play, get the airline to actually start the flight plans and then we will sit quite happily and wait.

“We’ve got an aircraft that we need to put 69 people on, it’s got capacity for 250 people.

Mr Farthing created his charity after rescuing a dog he called Nowzad whilst serving in the town of Nowzad in Afghanistan.

According to reports, during his deployment to Afghanistan in 2006, as part of the Royal Marines in 42 Commando, Mr Farthing and his troops broke up a fight between two dogs in the town of Nowzad.

Following the incident, one of the dogs followed the ex-marine and they ended up spending the following six months together.

After his deployment, Mr Farthing brought the dog home to the UK.

That inspired him to create a non-profit company Nowzad dogs.

As of today, the charity reunites servicemen with the dogs and cats who befriended them on service following the soldier’s return home.

The charity has been aiding animal welfare in Afghanistan and built the first animal rescue centre in the country.